It’s official,  The Expanse fans. Your voices were heard. Your hashtags were seen. Your airplanes dangling banners above Amazon’s headquarters were not in vain. The Expanse, which had been cancelled by Syfy following its third season, will return for a fourth season on Amazon Prime

Amazon CEO Jeff Bezos made the surprise announcement at the International Space Development Conference in Los Angeles on Friday night. While rumors had been circulating that Amazon was in talks to rescue the series from cancellation, Bezos made it official, giving The Expanse fans plenty of reasons to celebrate beyond the fact that it’s a three-day weekend.It was a fitting venue in which to renew the series; our own science editor and Because Science host Kyle Hill moderated a panel about the science of The Expanse at the same conference earlier that evening. Bezos, who was attending the conference to receive an award, shocked attendees with the news that Amazon would be giving the fan-favorite sci-fi series a new life.

The Roci will continue to fly! Jeff Bezos has SAVED THE EXPANSE! #SaveTheExpanse #TheExpanse pic.twitter.com/pO2NMAcQLh

“I was talking to the cast half an hour ago, before the break for dinner started,” Bezos said. “I was telling them that we are working hard at Amazon to save The Expanse but it wasn’t a done deal yet. During dinner, ten minutes ago, I just got word that The Expanse is saved.”

In a statement from Alcon Entertainment co-founders and co-CEOs Andrew Kosove and Broderick Johnson, they praised Amazon’s decision to renew the critically acclaimed sci-fi series.

“We couldn’t be more excited that The Expanse is going to continue on Amazon Prime! We are deeply grateful that Jeff Bezos, Jen Salke, and their team at Amazon have shown such faith in our show. We also want to thank Laura Lancaster, head of Alcon Television for her tireless efforts. We are fully aware that this wouldn’t have been possible if it wasn’t for the staggering outpouring of support from the most creative, hardest working sci-fi fans around the world. From reddit campaigns to airplanes, we say thank you. It worked!”

“The Expanse transported us across the solar system for three brilliant seasons of television. Everyone at Syfy is a massive fan of the series, and this was an incredibly difficult decision,” said Chris McCumber, president of entertainment networks at NBCU Cable Entertainment (via The Hollywood Reporter). “We want to sincerely thank The Expanse’s amazing cast, crew and all the dedicated creatives who helped bring James S. A. Corey’s story to life. And to the series’ loyal fans, we thank you most of all.” Created for TV by Mark Fergus and Hawk Otsby, and based on the eponymous novels by James S.A. Corey, The Expanse is a sci-fi series set in a future in which humanity has spread across the cosmos, colonizing the solar system. Its heady blend of space opera, hard science fiction, and scientifically accurate storytelling (its scripts are color-coded depending on the type of gravity in which a given scene takes place) made it a favorite among fans, and gives Amazon the potential to have a sci-fi series to rival the likes of Game of Thrones, according to some.

We will continue to monitor this story as it develops. In the meantime, go catch up on The Expanse.

What do you hope to see from season 4? Let us know in the comments below!

Add some science to your life!

The scientific truth of space war 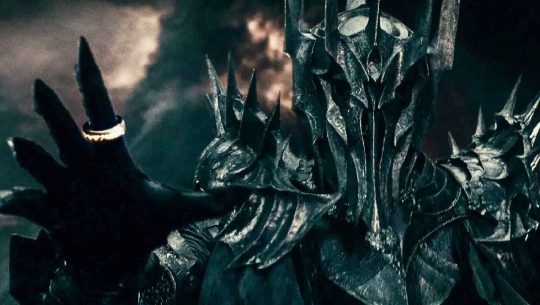