One of the biggest revelations to come out of Prometheus was that the famous Xenomorphs from Alien and Aliens were essentially born from an accident. But the creatures still needed to take some evolutionary steps to transform into the walking nightmares they became in the original films. That’s where Alien: Covenant came in with its horrific neomorphs, the even creepier forerunners of the xenomorphs. And now, an upcoming collectible is giving fans an uncomfortably close view of the neomorph’s head.

Via Bloody Disgusting, Sideshow Collectibles and CoolProps are releasing a life-sized replica of the neomorph head from Alien: Covenant. This may be a face that not even a mother could love, and it even seems more disturbing now that we can see some of the details on its mouth. 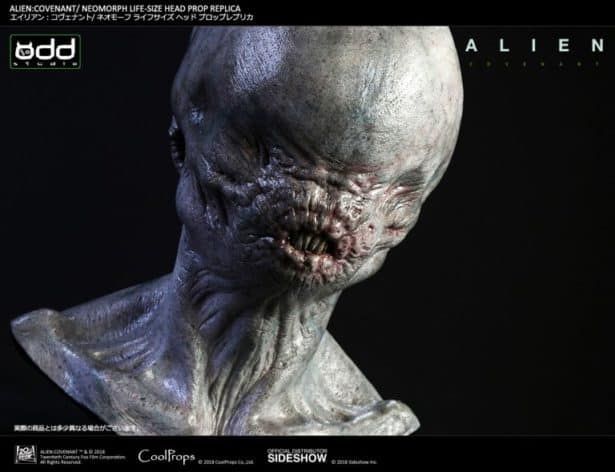 CoolProps made this recreation with the help of Odd Studio, the company that created the neomorph head for Alien: Covenant. It’s captures the creature’s physicality so well that we aren’t sure we’d want to prominently place it in a room we might walk through in the dark. 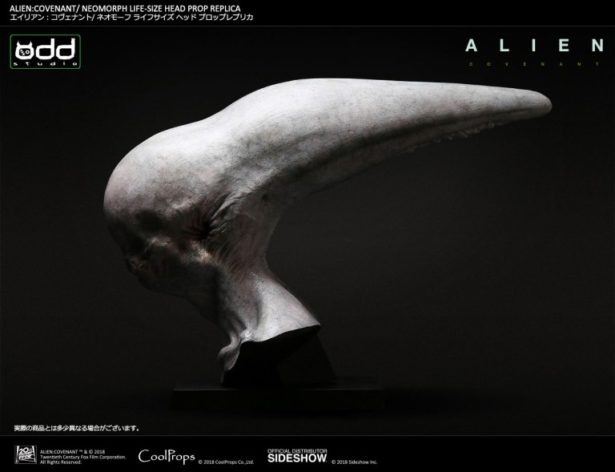 We’ve become so accustomed to the shape of the xenomorph’s head that there’s still something unsettling about the way the Neomorph head subverts that shape. 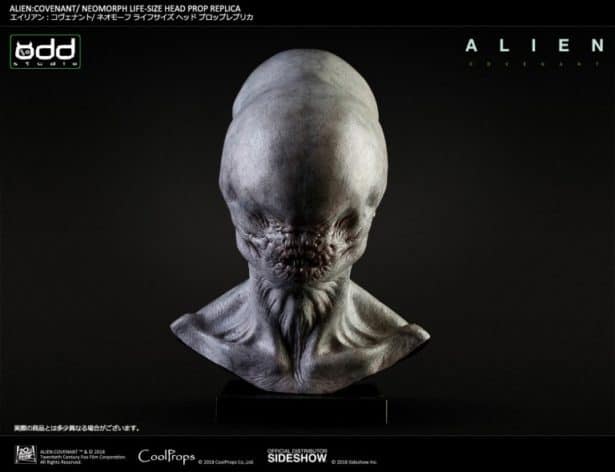 This recreation can be yours, but fair warning: it’s not going to be cheap. Sideshow’s price has the neomorph head at $1,199. Even with the offered payment plan, that’s quite a chunk of change. But for the ultimate Alien fans, this may prove to be an eye-catching addition to their collections.

The neomorph life-size head is available for pre-order now, and it is expected to ship between February 2019 and April 2019. For more details, visit Sideshow’s site.

What do you think about this Alien: Covenant collectible? Scream in the comment section below!