This MAD Magazine Cartoonist Has Been Working For 73 Years Straight

Stan Lee, who has been in the comics game since 1939, is pretty much synonymous with “fabulous, long-running comics editor.” But Guinness World Records isn’t looking to discuss whether or not people love Stan Lee, they’re looking to award superlatives, so on March 31, the fact-gathering book/site gave Al Jaffee the award of “Longest-running cartoonist of all time” at his 95th birthday party.

The name Al Jaffee is pretty much synonymous with MAD magazine, where he’s been working steadily since 1956. But the writer and cartoonist of “Snappy Answers to Stupid Questions” and “The Mad Fold-In” has been working for a total of 73 years and 3 months. Meanwhile, Lee stepped down from writing in favor of publishing back in 1972.

According to Guinness, Jaffee began his career with Joker Comics back in December 1942. Wikipedia, however, says he began his career in 1941, working for Atlas Comics and Timely Comics, which later evolved into Marvel Comics.

And who did he work for? None other than Stan the Man himself. Under Lee’s direction, Jaffee created Ziggy Pig and Silly Seal and worked on Patsy Walker–who was most recently seen in Jessica Jones.

At a party, held at Sardi’s restaurant in New York City, Jaffee received not only the Guinness World Record but also a letter from New York City mayor Bill DeBlasio, where he named March 31 “Al Jaffee Day.”

Jaffee and guests (myself included) were also treated to video greetings from Dan Didio, Sergio Aragone, and Stan Lee.

Lee said, “I’m annoyed you’re older than I am… How we lost you to MAD I’ll never know.”

No birthday celebration is complete without cake. Check out the one made for the world’s greatest Fold-In cartoonist. 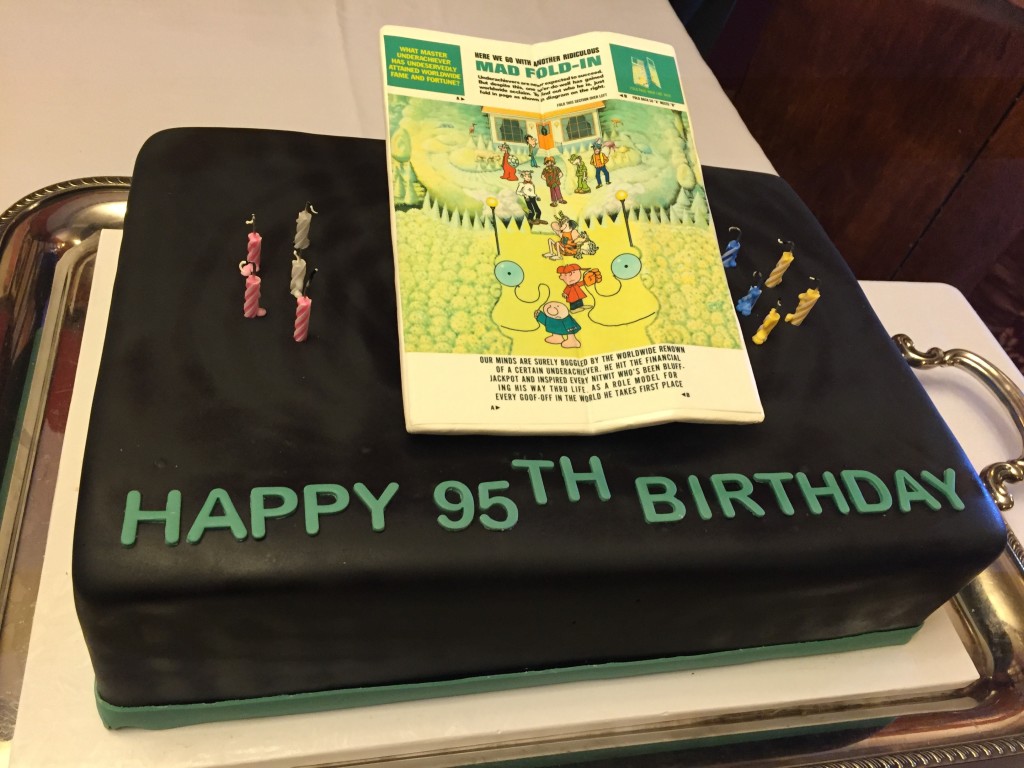