After braving Game of Thrones‘ fantastical world full of dragons, undead armies, and some of the most unhinged political operatives ever assembled, Aidan Gillen is about to embark on a journey into something even weirder: the United States Air Force’s systematic studies into thousands of unexplained unidentified object (UFO) sightings.Dubbed “Project Blue Book,” this very real piece of American history, which is serving as the inspiration for History’s new series of the same name,Â began in the 1950s following World War II and continued until 1970. By the time it concluded, Project Blue Book investigated more than 12,000 UFO reports, much of which was made public by the Freedom of Information Act. Now for the first time ever, its story will be brought to life on the small screen.[brightcove video_id=”5987305515001″ brightcove_account_id=”3653334524001″ brightcove_player_id=â€œrJs2ZD8xâ€]”The idea was to allay public fears, so they wanted the results of the inquiries into the UFO phenomenon made public as much as they wanted them to be made public,” Gillen told Nerdist. “So Project Blue Book, our TV show, is basically a ten-part series based around the emergence of what became known as the ‘UFO phenomenon’ and the hysteria–not just the hysteria, but the wonder that it created among the public, and the US government’s reaction to that.”Gillen portrays Professor J. Allen Hynek, an astronomer who was recruited by the Air Force in order to serve as a scientific advisor to the project. Following his work on Project Blue Book, Hynek published a number of books about the field of ufology and investigations into these alleged UFO sightings. In his first book,Â The UFO Experience, he developed something known as the “Close Encounter” scale which was meant to grade and categorize UFO sighting reports. The book attracted the attention of Steven Spielberg, who employed Hynek as a technical advisor when he made the 1977 sci-fi classicÂ Close Encounters of the Third Kind.”I hadn’t realized that I was familiar with this person already,” Gillen said. “It will sound like I’m doing promo for Close Encounters of the Third Kind as opposed to Project Blue Book. But look, they’re connected because Spielberg was inspired to make Close Encounters of the Third Kind from reading the books of Hynek. I think maybe they were even going to call it Project Blue Book at one point or Watch the Skies. I don’t remember. Hynek was on board Close Encounters as technical advisor and he appears in it.” 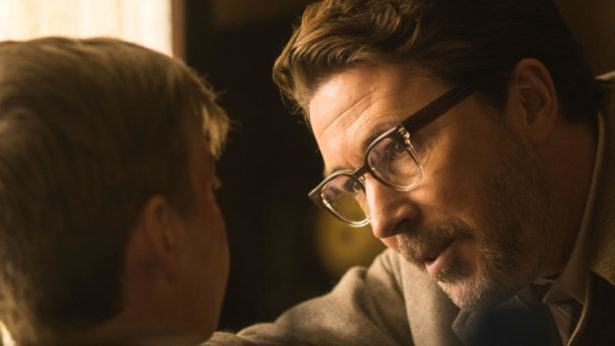 Gillen continued, “So one of the first things I did was–it’s great to have an excuse to watch all your movies, to spend night after night after night looking up stuff on YouTube or wherever on the internet generally–but the first thing I did was get my Blu-ray edition, the latest one, of Close Encounters–because I know there are different versions of the film–but it also had the original trailer, which I don’t know if you know the trailer, but it’s like ten minutes long.””It was like a news report,” Gillen said. “They were talking about the phenomenon. The first or second voice you hear is Hynek, discussing his close encounter terminology and categorization. So I remembered seeing that in the cinema and looking at that guy with the beard. Because I recognized the other guys; it was Spielberg and Richard Dreyfuss. This was this other scientist. So the first thing I watched was that and you know, thought, ‘I’m playing him!’ Which was a good start because it was totally unexpected.”While Gillen may not have the same lifelong dedication to exploring the unknown that Hynek did, it is a subject that has long fascinated the Irish actor thanks in no small part toÂ Close Encounters. 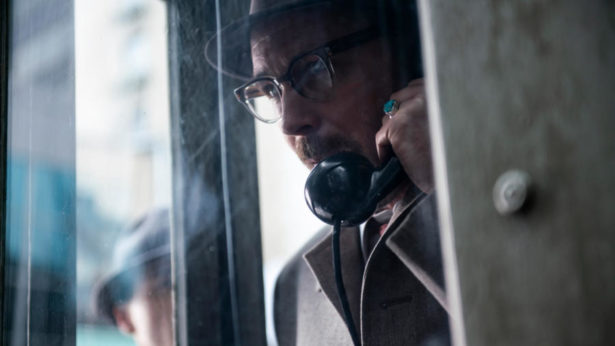 “Like a lot of people of my age/generation who would have seen the film Close Encounters of the Third Kind at a young 12-year-old age, you’re out there looking for this stuff for years afterwards,” Gillen explained. “If you watch the sky long enough, you’re going to see stuff that you probably can’t explain. You know, nothing beyond that, but I have met people who have told me slightly more complex experiences in a quite believable, incredible way. Of course–well, not of course. It’s an assumption that everyone does wonder about what’s out there and what’s beyond our planet, but I do. You wonder, how could you not? I suppose some people don’t like thinking about what could be out there.”Project Blue BookÂ premieres January 8 on History at 10/9c.