They’re creepy and they’re kooky, mysterious and spooky. They’re altogether ooky, and now they’re set to make a return to the big screen in the new animated The Addams Family movie.

The first family of weird is back in the new trailer for MGM’s upcoming The Addams Family animated feature film. Starring Oscar Isaac as the voice of (a more portly) Gomez, Charlize Theron as Morticia, Chloë Grace Moretz as their daughter Wednesday, Finn Wolfhard as their son Pugsley, and Nick Kroll as Uncle Fester, this initial look at the film doesn’t reveal much in the way of plot, other than it appears the Addamses will be moving into the home we most associate with the family. However, it does promise all of the strangeness and humor we would expect from this iconic and bizarre family.

As someone who believes the two live-action Addams Family movies starring the late Raul Julia, Anjelica Huston, and Christopher Lloyd are our greatest national treasures and should retroactively win every Academy Award, this movie has a lot to live up to. Fortunately, this first trailer seems to capture both the spirit and the comedy of both those films (as well as the original series), but with a younger audience in mind.

The cast certainly lives up to the previous films, and that goes well beyond just the five primary members of the family. Bette Midler will voice Grandma Addams, and the great Allison Janney will play an all new character, Margaux Needler. EW described her character as a “nefarious reality TV makeover queen” that is “consumed with a desire for absolute suburban pastel perfection.” Which in the world of the Addams Family makes her enemy number one. 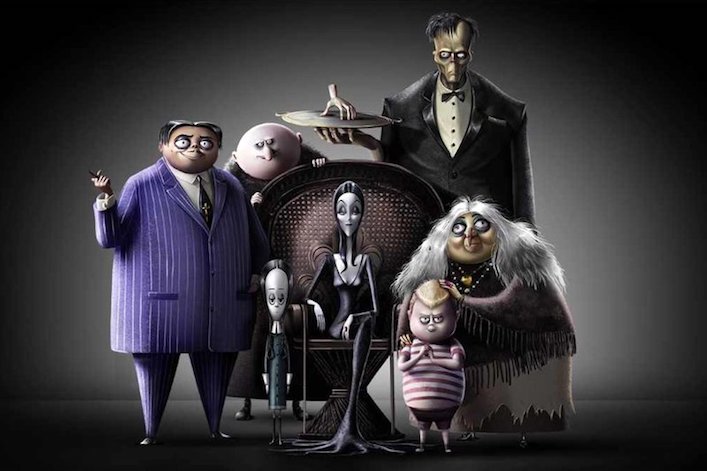 Directed by Conrad Vernon and Greg Tiernan (Sausage Party), The Addams Family comes to theaters in time for Halloween, October 11.