Hard to believe, but it’s been over fifty years since The Addams Family moved over from the pages of Charles Addams’ oddball little comic strip to television, becoming instant icons to all the freaks and geeks of the world. Now, one Addams Family super fan is hoping to celebrate the spooky, kooky family with an amazing modular LEGO recreation of their iconic mansion. And maybe if we’re lucky, it will become something we Addams fans will actually be able to own.

Thanks to Daily Dead, we’ve learned about Addams fan Hugh Scandrett, who a year ago celebrated 50 years since the airing of the last episode of the classic Addams Family series by creating a LEGO set replica of the original Addams Family mansion. Scandrett has now returned to the iconic Addams home and created a modular version of the mansion, scaling back from the original 7,000 parts to just under 3,000 bricks, but still keeping all the details that hardcore Addams aficionados would want from the home of Gomez, Morticia, and the rest of the Addams clan.

So if you want to display this super cool Addams mansion and impress all your friends one day, you can support this fabulous modular version by clicking the “Support” button on its LEGO Ideas page. Once a project surpasses 10,000 supporters, it is officially reviewed by LEGO and if we are lucky, then it could actually make it onto the market as an official LEGO  product. Scandrett lowered the number of parts for the modular version to meet the LEGO Ideas limit of 3,000 parts or less. To make sure this doesn’t go the way of the LEGO Golden Girls set, be sure to show your support. Do it for Cousin Itt!

You can see the proposed pics of Scandrett’s Addams Family Mansion down below in our gallery.

What do you think of this super cool LEGO project? And do you want to own it as badly as we do? Let us know down below in the comments. 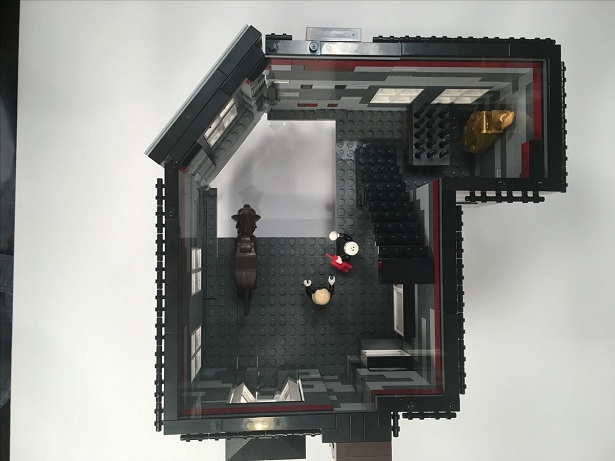 More of the creepiest and kookiest