Add A History Section To Your Tabletop Library With These Books 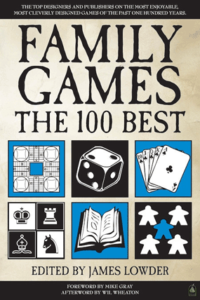 This year’s International Tabletop Day is about how tabletop changed people’s lives. We’ve heard a lot of great stories from people talking about games they’ve played as kids that they’ve returned to as adults. Even older articles like ones about obscure tie-in board games have sparked discussion about the history of tabletop games and how older games influenced designers of modern favorites. There are a few books on the subject of tabletop’s history that offer fascinating insight, bits of trivia and behind the scenes looks at how games get made. These books make an excellent way to prep for the upcoming game day, gifts for game enthusiasts who already seem to have everything, or budding designers who want perspective on how their predecessors were inspired by earlier games. 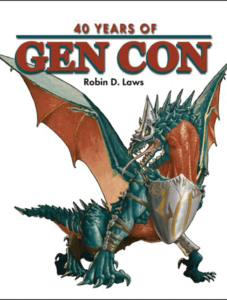 The culmination of the tabletop release schedule for many companies in North America is Gen Con, which will be held this year in Indianapolis from August 17-20. This year is the 50th Anniversary of Gen Con, but fans can check out a fascinating history of the convention commissioned for the 40th anniversary by reading 40 Years of Gen Con by Robin D. Laws. Robin interviewed several important historic figures in tabletop gaming for this book that are sadly no longer with us like Dungeons & Dragons creators Gary Gygax and Dave Arneson. The book looks inside Gen Con’s transformation from a small convention in Lake Geneva, Wisconsin run by TSR to a worldwide destination for gamers of all kinds.

Fans looking for a focused history detailing Dungeons & Dragons can check out Of Dice And Men by David M. Ewalt. The book details the rise and fall of D&D as a pop-culture phenomenon that was featured in blockbuster family films like E.T. and yet also plagued by rumors of Satanic influence. It’s a deep dive on how D&D came to be and how it continues to influence media by inspiring new generations of creators. 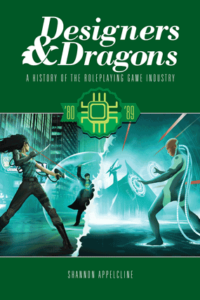 Shannon Appelcline’s Designers & Dragons books offer a wider look at the RPG industry through the decades. This series of books splits up into a book for each decade to discuss the rise and fall of companies throughout each of those decades. They also talk about the larger trends, design innovations and publishing issues in the decade to give the reader a better idea why some decisions were made or why companies that seemed to be successful shut down seemingly out of nowhere. Each entry is cross referenced with other entries in the other books, sometimes giving a feeling of falling down a wiki hole while bouncing from subject to subject. Appelcline keeps busy waiting for the current decade to end by writing up the historical notes on D&D PDF releases and links them through his Facebook page.

All of these books are available through Amazon or your Friendly Local Book Store. Designers & Dragons, 40 Years of Gen Con, Family Games: 100 Best and Hobby Games: 100 Besti are currently available in a charity PDF collection through Bundle of Holding through March 20th. 10% of the proceeds goes to Reading Is Fundamental.

What is your favorite historic gaming moment? Let us know in the comments.