Although we’ve seen some incredible photography using action figures before, we’ve never seen anything quite like the work of  photographer Jax Navarro, who also goes by the name PlasticAction. Using action figures from various different aspects of pop culture, like movies, television and comics, Navarro makes lifelike recreations of different iconic movie moments mashed up together. Think of it all as an action figure remix. 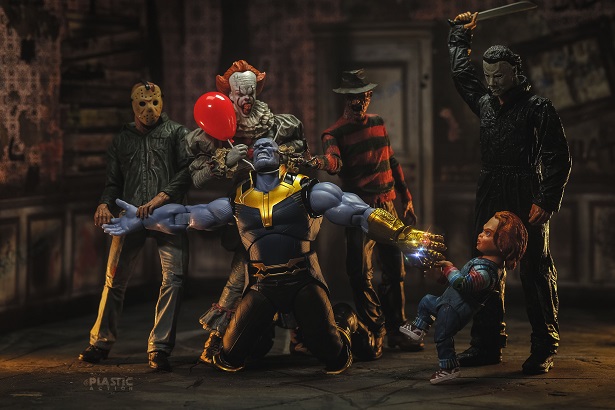 One of the coolest in his series of photos features one of the most intense scenes from Avengers: Infinity War, when Doctor Strange, Iron Man, Spidey, Drax, Mantis and Star-Lord all attempt to rip the Infinity Gauntlet off of Thanos’ hand. Instead of using the Marvel heroes, however, Navarro instead replaces them all with horror icons like Jason, Freddy Krueger, Pennywise, Michael Myers and Chucky. Looking at this image, you can’t help but think that these guys would have probably had better luck than the good guys did. 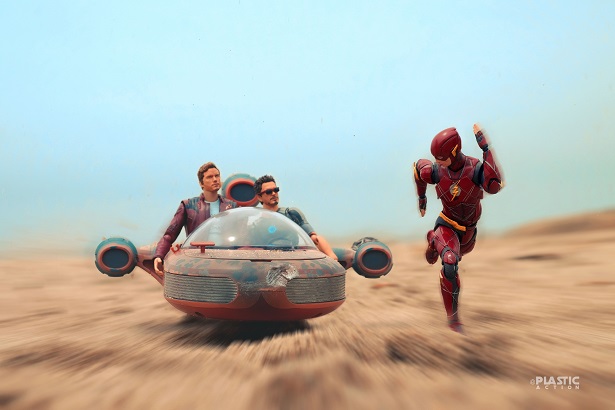 So how did Navarro  first get into toy photography? “My wife bought me an app controlled BB-8 toy from Sphero shortly after we watched The Force Awakens in the theaters and because I love taking photos, I took pictures of it in different environments and posted those photos on Instagram” Navarro told us. “From that point I started browsing relevant hashtags and found that there was a small community that took pictures of toys. And these weren’t boring product photography shots. We’re talking full action, cinematic scenes using toys. My mind was blown and I knew I wanted in!” 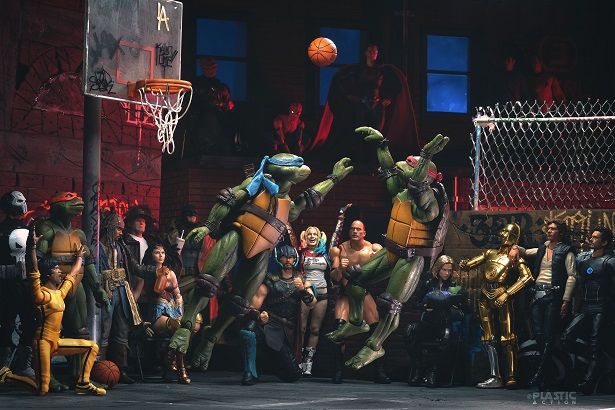 Photos as meticulously constructed as these must take a serious amount of time to put together. So just how long does a typical shoot take to set up and get just right? According to Navarro, “it really depends on what’s happening in the scene and how many subjects are involved. It could take anywhere between 1-13 hours to get a scene setup and lit exactly how I want it. For example, the Ninja Turtles playing basketball involved 22 characters with multiple light setups and that took 10 hours just to set up. Add a couple of more hours on top of that for shooting and post processing. On the flip side, the photo with Baby Groot wearing Marty McFly gear and riding a hoverboard was set outdoors with natural lighting only and that took less than an hour to setup and shoot.” 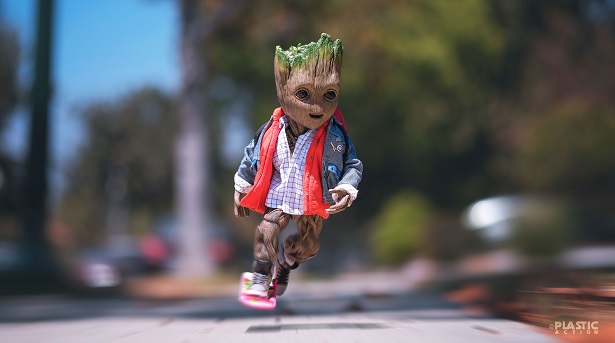 While some of these photos are easy to stage, others…not so much. So which of these has been the most challenging photograph to pull off? “The Ninja Turtles basketball scene takes the cake” said Navarro. “It was such a challenge trying to fit that many characters into one shot, having them all visible and posing them just right so that they are all showing emotion based on their own unique personality. Also getting the light perfect to where the main subjects (Raph and Leo) stand out from the rest of the scene. Not to mention that one wrong move could make them all fall like dominoes!”

With so many toys from so many different films and TV shows already having been used in previous photos, is there a Holy Grail toy that Navarro can’t wait to get his hands on? Turns out, there is. “Absolutely. The Back To The Future 1/6 scale DeLorean made by Hot Toys. That DeLorean is one of the coolest movie props in history so to have that shrunken down at my disposal would be magical.” We can safely say we are all hoping that Jax Navarro gets his hands on that DeLorean too, because that is definitely a photo we want to see someday.

What do you make of these amazing photographs? Be sure to chime in with your thoughts down below in the comments. 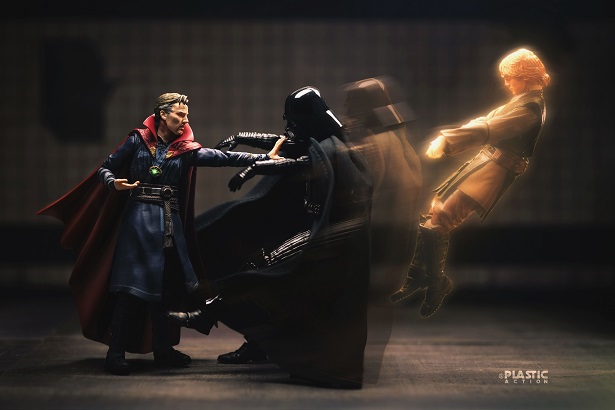 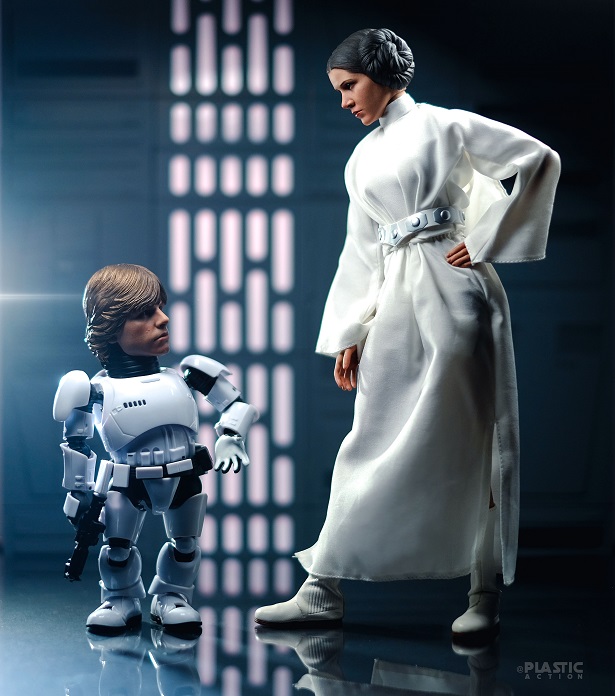 TAGGED: Avengers, Back to the Future, Hasbro, NECA, Star Wars