We all walk around with high-performing cameras in our pockets now. It’s never been easier in the history of mankind to capture someone’s image. But no matter how nice a picture of someone might look, it will never carry the gravitas of a painting. The fact that someone with tremendous skill sat for hours and hours carefully crafting your visage into a work of art imbues the painting with a level of dignity and respect a picture from an iPhone never can. It’s a special type of dignity that not even the big screen can bestow on anyone. Even the biggest stars in the world, as a collection of works from one artist shows. She’s painting modern-day Hollywood heavyweights as 19th-century figures.

Reply to @elizebethstark_ Talented people through the eyes of a classical artist. #tomholland #fyp

On TikTok artist Yelena “Lena” Sugralinova is transforming famous faces into regal paintings. She creates pieces (which we first came across at The Mary Sue) done in the style of portraits from the 1800s. From the MCU’s Tom Hiddleston and the kids from Stranger Things, which features famous performers in the proper clothes of the era. Along with the solemn looks we associate with paintings from that time. (Not necessarily because people from that time period were all super serious. You try holding a smile for an hour and see how many seconds you last.)

Reply to @serubando Talented people through the eyes of a classical artist. King Tom👑 #tomhiddleston

Her collection includes MCU stars like Tom Hiddleston, Sebastian Stan, and Tom Holland. As well as the kids from Stranger Things, like Millie Bobby Brown, Noah Schnapp, and Finn Wolfhard. But that’s just a small portion of her paintings. There are also social media stars, as well as musicians like Harry Styles, actors like Timothée Chalamet, and politicians like Vice President Kamala Harris. She also paints celebrity portraits done in the style of 13th-century figures.

For a bunch of famous people we see on screens all the time, none of them have ever looked as dignified. Although maybe we shouldn’t be that surprised. Celebrities tend to always look good when they do period pieces. 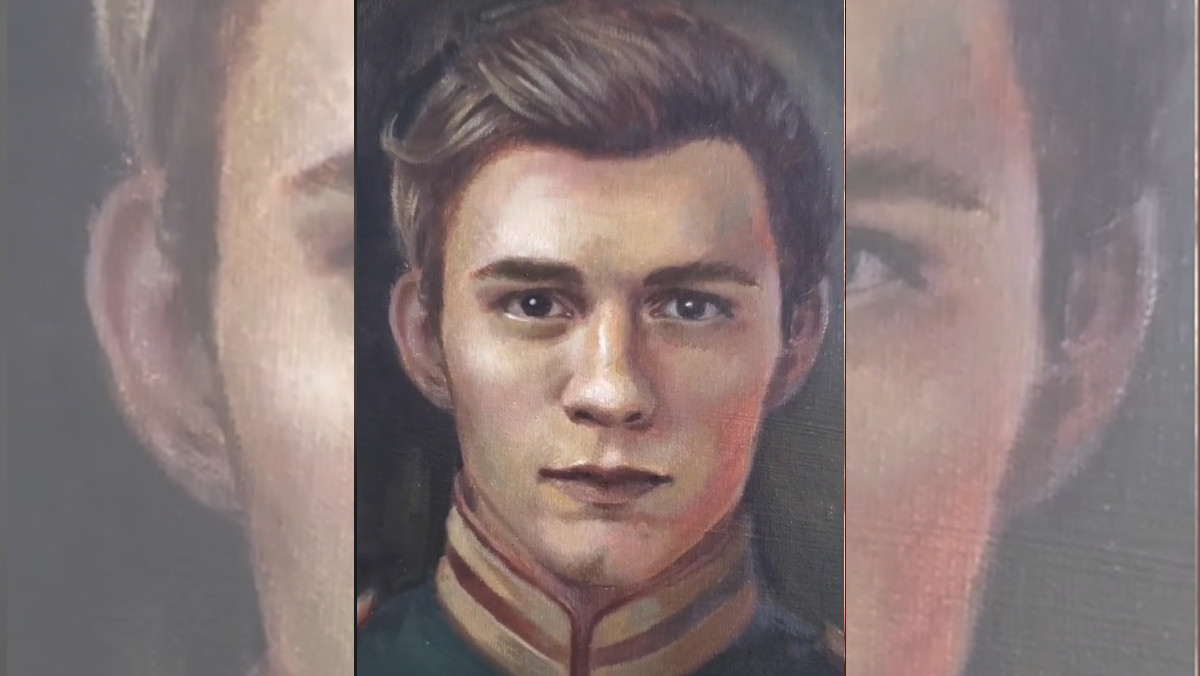