As a huge Bioware fan and follower of Dragon Age, I was extremely excited for the series’ latest DLC. Trespasser‘s release was a watershed moment for Bioware: with the exception of the (in)famous Mass Effect 3 ending, seldom does Bioware ever promise or deliver an end to a character’s story. While the developer has repeatedly stated there will be many more games in the Dragon Age series, this is the end of Dragon Age: Inquisition. As such, I want to take a moment to reflect on how it all played out.

Spoiler Warning! If you are not caught up on the Dragon Age or Mass Effect series, read at your own risk. 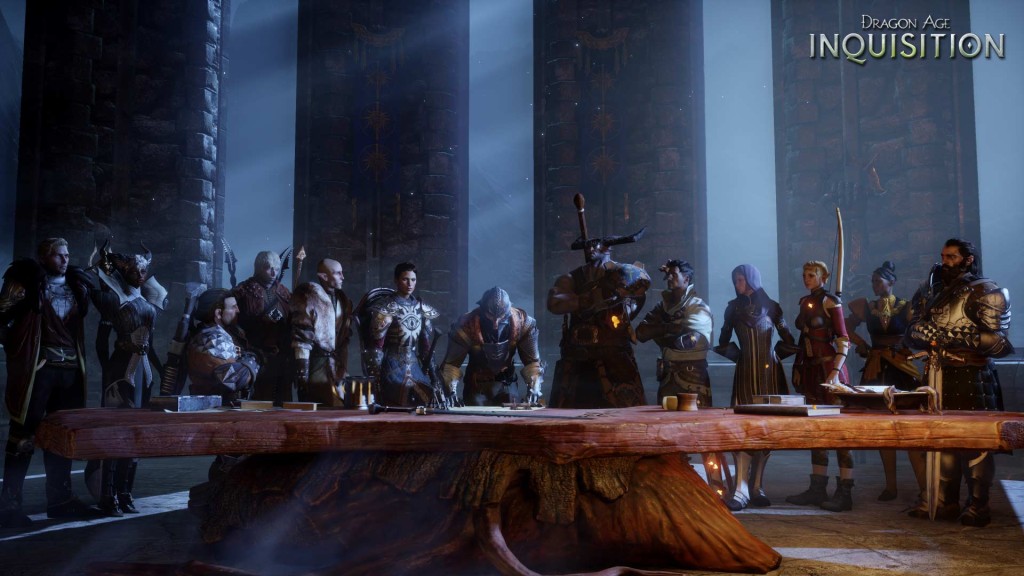 The original Inquisition followed the story of your custom made hero who becomes known as the “Inquisitor”, a random bystander who survives an explosion at a major peace conference and emerges with the power to close demon summoning portals. You are coerced (or not) into joining the Inquisition, a group of upstarts who are dedicated to closing the portals (including a giant one called The Breach), restoring order to a world that has fallen into chaos, and taking out the mastermind behind it all.

Over 60+ hours, you do just that, along with meeting some great party members and making some nail-biting decisions. The big twist at the end is the reveal that Solas, a wise elven mage and one of your most loyal party members, is not only an ancient elven trickster god Fen’Harel but also was the one who gave the original big bad, Corypheus, the means to mess up the world in the first place. Why Solas did this, and what his ultimate plan is, are left unanswered. At least, until Trespasser was released. 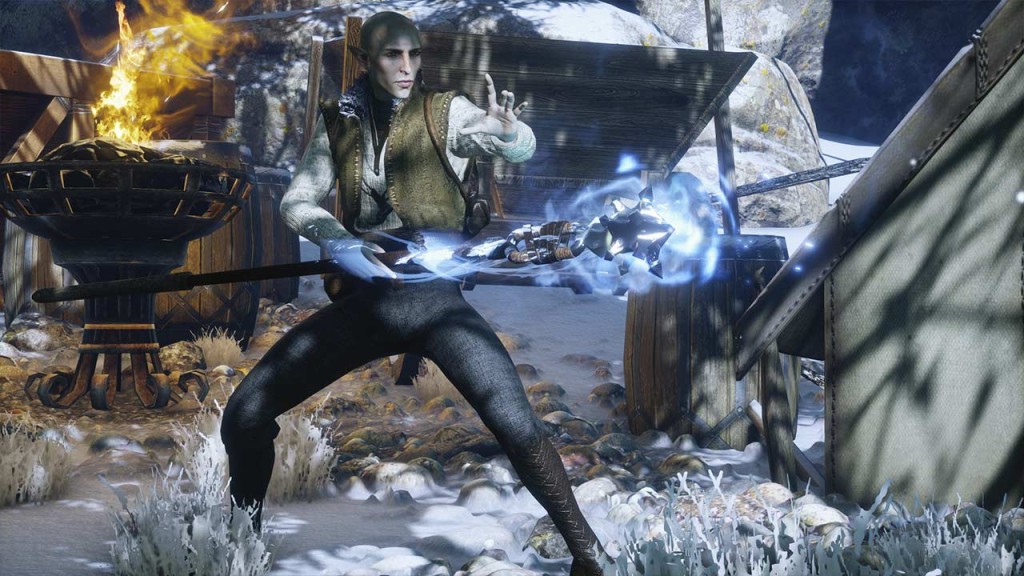 Once the DLC downloaded and I had my gear all set, I walked into Trespasser with three major questions- would I get solid answers about Solas? Would I closure for my Inquisitor and his companions, and most importantly, would Bioware finally give some payoffs to the major hooks it had set up throughout the original Inquisition?

On the Solas front, I was initially nervous. This wasn’t the first time Bioware had promised major reveals for a character, in that case Darwinistic witch Morrigan, and in that instance they failed to give anything other than vague foreshadowing. With Solas cameo in Trespasser, I couldn’t have been more satisfied. While I didn’t have all the details  I felt like I got solid answers about the Dragon Age world that I’d mulled over since 2009. Plus, Solas really did steal the show. From his motives, to the sheer heartache in Gareth David-Lloyd’s voice acting, Solas proved himself to be one of the best “well-intentioned extremist” villains I’ve seen in a while.  On the Solas front, I think Trespasser was a masterpiece and I am excited to see what the villain throws at us players in future games. 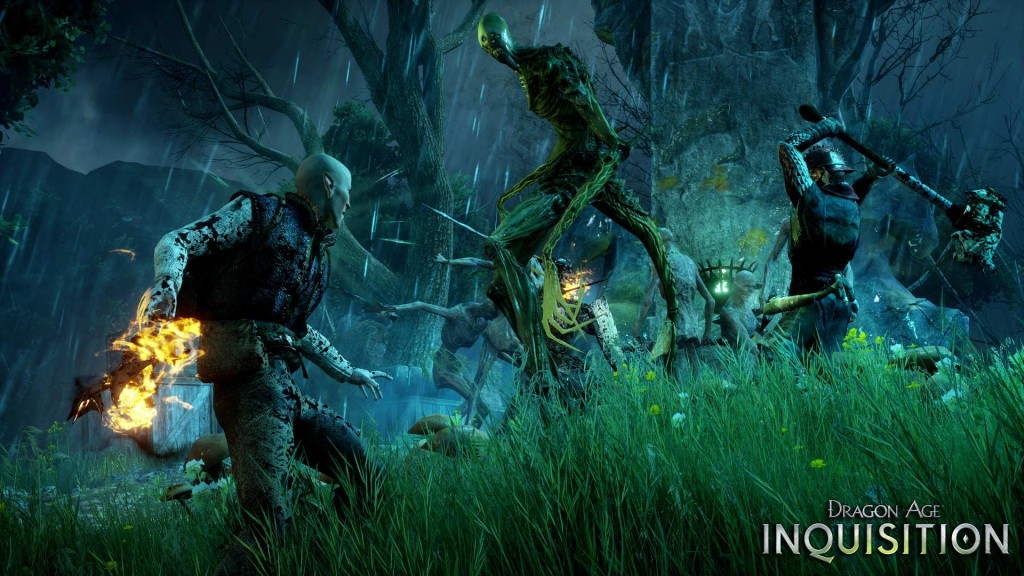 That said, Trespasser was not just the “Backstabbing Elf show”.  Inquisition  had a memorable cast of party members and NPCs alike, with distinct personalities and complex worldviews, and Trespasser  did a great job bringing everyone’s development full circle. to bring their development full circle. From seeing Varric hilariously abuse his power as Viscount, to seeing the showboating Dorian embrace responsibility as a world leader, these character moments brought warmth to what should’ve been a dire, serious trial. Seeing the changes my actions in the original game had led my allies to, proved that Bioware’s sense of character and development is still in top form. 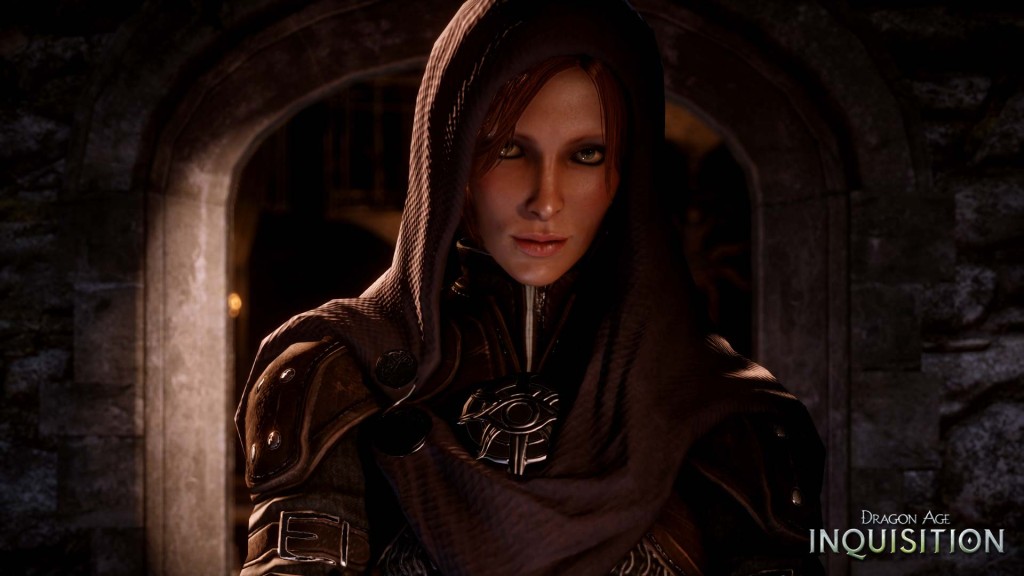 My last hope for  Trespasser is something Bioware has struggled with for a long time – payoff. When it comes to big world altering decisions, Bioware and Dragon Age, in particular, have been excellent about setting up hard hitting choices with great hooks, but never pay off those hooks. Instead, Bioware will often remove branches- rendering certain past decisions moot in order to steer player’s stories into one uniform canon. In this regard, Trespasser failed. The game did a great job at  giving nods to past choices, sometimes in great, subtle ways. But overall, a lot of my choices from the original Inquisition felt cosmetic. None of those great tent pole quests really mattered, none of my choices within Trespasser really mattered. The Inquisition was going to “end” and Solas would go on his merry way.

None of this ruined the DLC for me. I still got closure for characters I loved. I still got some great sequel bait. Just for Dragon Age 4, I’d like to see Bioware do something closer to what I saw in Mass Effect 3. Yes,  the original ending was pandemonium, but the rest of Mass Effect 3 did an excellent job of taking into account how all of your actions led up to an outcome that was unique to your choices. Which characters were happy, heartbroken, alive or dead all came back to choices made across all three games yet still managed to stay on one singular story path. I already started to see progress on a small scale with my companions. I’m hoping that for the next Dragon Age game, Bioware can move closer in that direction in regards to their use of choice.

At the very least, I got to end my Inquisitor’s story on a high note, and that made the DLC more than worth it for me.

Want to share your own thoughts on Trespasser or the Dragon Age series as a whole? Feel free to discuss them in the comments below. Until next time.