The first look at A Quiet Place managed to scare us with silence. But in the newest full trailer for the film we learn just how awful the terrors that have turned the world quiet really are, and get a glimpse of just how monstrous they look.

This second trailer builds off the movie’s Super Bowl ad by giving us more background on how the world ended up full of monsters who prey on noise. It opens with a shot first seen in that commercial, which reveals that while blind, these creatures might be truly unstoppable. Emily Blunt’s character comes across a wall of monitors showing previous military actions, where a whiteboard hints at why this family is seemingly all alone in this nightmare. 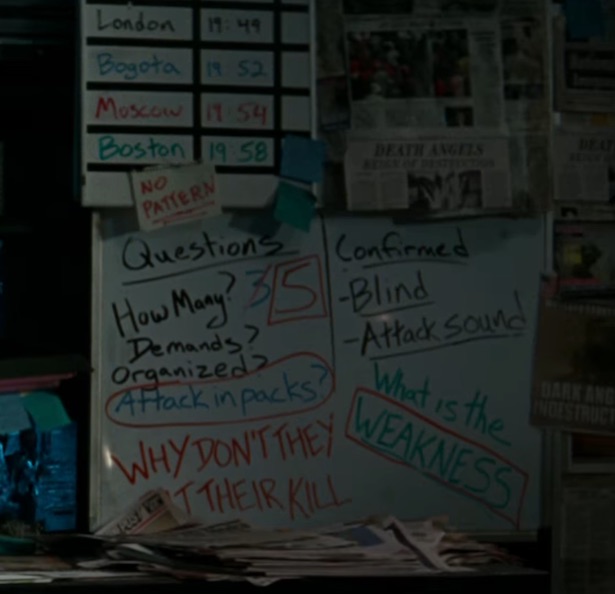 “Blind. Attack sound. Attack in packs? What is the weakness. Why don’t they [eat?] their kill.”If that obscured word is eat, does that mean their victims are used as slaves? Or are they transformed into soldiers into their army? If so, that might explain the two newspaper articles that flash by next, giving us an idea of what has happened to life on the planet and why so few survivors remain. Mainly because these invaders appear to be invincible.

From there we see lots of new footage showing some of the safety precautions this family takes, which foolishly didn’t include taking the batteries out of a toy airplane. We’re not optimistic for this little guy’s survival. 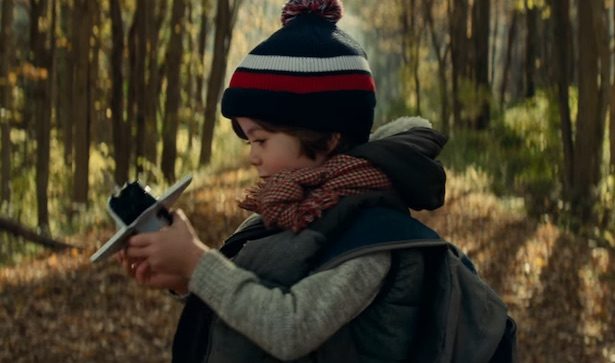 But that’s only the start of the terror, because from their we see glimpses of these monsters–fast, big, and equipped with terrifying claws. And being pregnant while they are swarming doesn’t make childbirth, or survival, any easier. What do you make of this trailer? Don’t stay mum with your thoughts, share them with us in the comments below