A New Twitch Series Will Take You INTO THE MOTHER LANDS

Into the Mother Lands is a brand-new role-playing game coming to Twitch on October 4! Sponsored by Twitch and run on the Cortex RPG system, the unique actual play series promises to be an aspirational science fiction story set on a compelling new world.

Into the Mother Lands is the brainchild of Creative Director Tanya DePass, who not only conceived the sci-fi concept for the show, but also put together an all-star team both in front of and behind the camera to tell the story. DePass and Lead Developer B. Dave Walters chatted with Nerdist about what we can expect from the upcoming RPG and why they hope it will inspire more players to join their world.

“It’s been great to have the opportunity to have Tanya tap all of us to be part of something,” Walters said, “and to see how quickly the community has rallied around it and gotten excited about it.”

1500 years before the story begins, humans arrived on the planet of Musalia through a bizarre turn of events. “What was this planet like before humans arrived? And what do they do when other humans show up eventually?” DePass posed.

Into the Mother Lands

This new world will feel both familiar and alien. The glittering, technologically advanced kingdom of Wakanda was one jumping off point for the rich setting, and Walters found the theme of hope in classic science fiction as another source of inspiration. “ Star Trek is about a better future. They’re exploring because they want to… I wanted to capture a sense of: we’re glad we’re out here. The people are here because they’ve chosen to be.”

Into the Mother Lands features character cultures in place of character races. While you’ll have to tune in to find out more about the four heroes we’ll be meeting in the story, DePass and Walters did reveal that one culture is highly intelligent anthropomorphic hyenas. Players might also be descendants of the planet’s first human settlers, sentient machines, one of the cephalopod-like beings that called Musalia home before humanity arrived, or recently arrived explorers.

“I’m excited about being able to take people on a new journey, to show them new places, new cities, new civilizations, that they can dream about and get lost in,” Walters said.

An evolving science fiction story like this can’t be told within the scope of most tabletop role-playing game systems. “The biggest obstacle we had was how we were going to handle the bones of the game,” Walters told Nerdist. “The Cortex system was a lifesaver in that respect… The game is very modular and the game is very customizable. No two games that run Cortex will be exactly the same.” 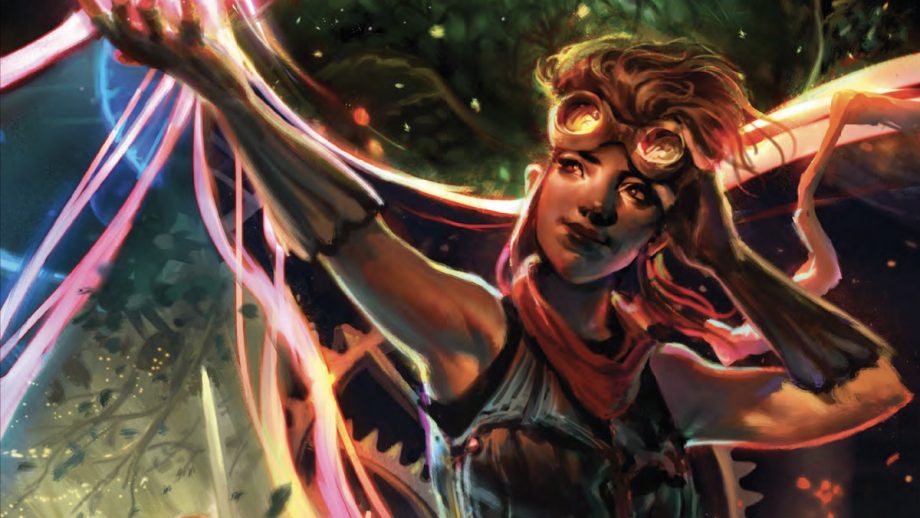 Cam Banks and Adam Bradford of the Cortex game team offered their support for Into the Mother Lands from the get-go. Walters and his development team took the basics of the modular tabletop role-playing game and quickly adapted it for their own needs.

“Our game is not going to be attribute-based; it is going to be skill-based and values-based. What are you personally good at? What do you personally care about?” Walters explained. “Once you have your dice, there’s a minimum of two [to roll]. You roll, and then you take the two highest numbers and add those, and that’s your result.”

It was important to DePass that people of color be the focus of the sci-fi story, not an afterthought, she said. “When we see sci-fi stories [and] RPG stories, especially if they’re post-apocalyptic, either there’s no Black and brown folks at all or we’re there to be a stereotype, or the ‘Magical Negro’ to teach the white people how to be better people,” DePass said. “[Dave and I] were thinking of the idea. We both love Wakanda and a Black society that has not been touched by colonialism and racism.”

Walters agreed: “We are trying to do something from a POC perspective because our stories need telling.”

Into the Mother Lands will be a 12-episode series starting with an adventure written by Jasmine Bhullar. Tune in Sundays to catch each uplifting installment on Twitch. DePass is excited to see the idea and world come to life and eventually take on a life of its own.

“God willing, this will launch a thousand streams and all sorts of people will come and play in this world,” Walters said with a smile. “This is about where it’s starting, not where it’s ending.”