A Look Back at The First Lady of Star Trek, Majel Barrett - Nerdist

A Look Back at The First Lady of Star Trek, Majel Barrett

There was a lot of news last week about the voice of the late, great Majel Barrett being used again as the computer for the upcoming Star Trek: Discovery series. This is, of course, fantastic news and a fitting tribute to the one actress who has appeared either in person or in voice in every series of the Star Trek franchise. While we’re on the subject of the “First Lady of Star Trek” let’s take a look back at two of her lesser-known roles, in case you want to expand your fandom just a little bit more.

While she’s probably most famously known as the official Star Fleet computer voice, most audiences first know Barrett on screen in one of two roles, depending on when they started watching. For folks around my age you probably knew her as Lwaxana Troi, the meddling and maddening mother of Counselor Deanna Troi on Star Trek: The Next Generation. I’ll admit I didn’t like that character at all when I first watched the series, but after countless rewatches I have to say she was the most consistent of the guest stars and is a big part of some of the best episodes. Lawaxana also returns on a few DS9 episodes, which are also great.

Folks who started with the original series will remember Barrett as Nurse Christine Chapel. Nurse (and later Doctor) Chapel was famous for being in love with Spock, which was very divisive amongst fans at the time, but is now much more fondly remembered.

Would you believe Majel’s first role in Star Trek occurred before the original series? Barrett was first cast as “Number One,” the stoic and unnamed first officer of the Enterprise in the show’s unaired first pilot “The Cage.” Much of the footage from “The Cage” was later reused in the TOS episode “The Menagerie,” so folks who have watched the whole original series have actually seen this performance, but the whole character of “Number One” is a little harder to find without a special edition DVD. 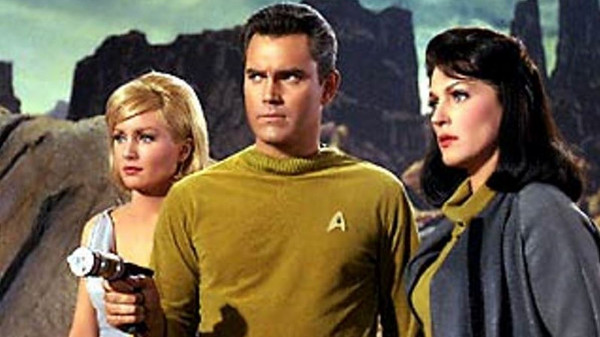 Not a lot of characters (or actors) made it off that first pilot, Spock being the notable exception. Number One is an amazing character and it’s a bit of a shame there wasn’t some way to salvage her (and still get the Trek we know and love). She has a lot of the qualities we later see in Spock, stoic, logical, a bit uncompromising. SPOILERS: In the end of the episode she sets her weapon to explode rather than risk living in captivity. It’s a badass move, and one many of the Star Trek captains would later use with their ship’s self destruct device in the later series.

The running story for the longest time was that test audiences, especially women, didn’t like the character and the network was not comfortable with women being in power on the bridge. This has been largely disputed with many saying it was the fact that Majel Barrett was, at the time, relatively unknown and having an affair with Gene Roddenberry. That made her casting a little suspect and the network pushed back. It’s probably somewhere between both stories. There was also some fundamental issues with “The Cage” beyond the casting and it all probably contributed to the reworking of the series before it aired. 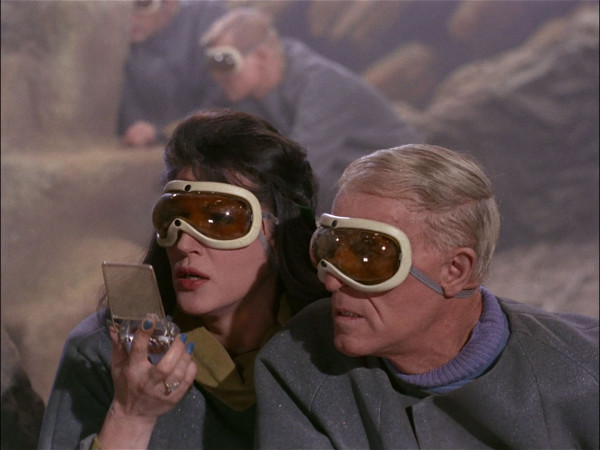 Barrett’s next lesser known role was as M’Ress, a Caitian member of the Enterprise bridge crew in Star Trek: The Animated Series. If you haven’t watched the animated series, please do. It’s a lot closer in many ways to Roddenberry’s vision of a melting pot crew and M’Ress is one of two additional aliens featured on the bridge. M’Ress is also one of only four cat like Caitians to appear in all of Star Trek (including a live action Caitian in Star Trek: The Voyage Home, and Caitian twins in Star Trek Into Darkness). Technically an Operations Officer, she occasionally acted as a secondary communications officer who often stepped in when Uhura was needed somewhere else. 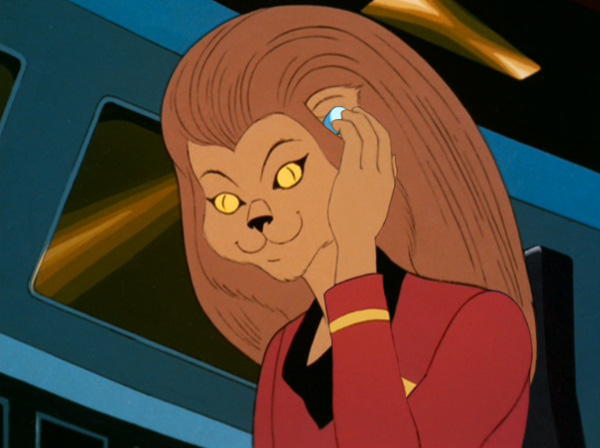 I wish there was more to say about M’Ress as she would otherwise be a pretty interesting character, but thanks to animation cost cuts she was almost never seen outside her chair on the bridge. In fact you only really see her full body a handful of times, including her tail which apparently gets caught in the ship’s automatic doors. In the whole animated series she’s only depicted off the bridge once. Barrett’s voice acting is a bit of an ambitious effort with a slow, sing-songy prose and an intermittent purr. 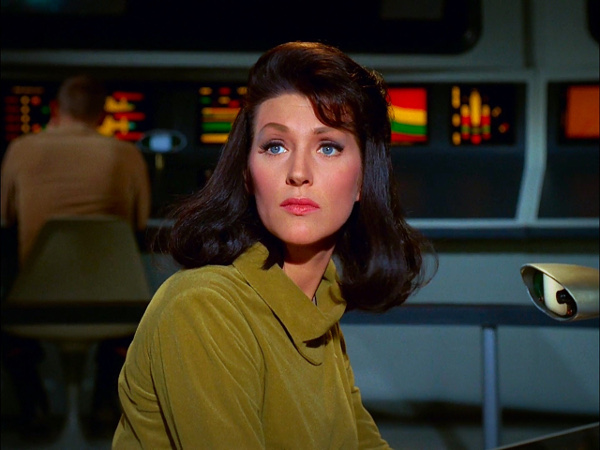 Perhaps the most interesting news to come out about the new Star Trek: Discovery series is that it seems the new show’s female lead character will be named in tribute to Majel Barrett’s first Trek role. That’s right, our newest lead will be Number One–at least for a few episodes until we learn her name (it’s promised before the end of the first season). Considering the advances in makeup and prosthetic technology, we might even see a Caitian crew member as well. While I’m more then happy to pay tribute to Barrett by hearing her computer voice in Star Trek: Discovery (and later on my GPS) it will be nice to see how many tributes and Easter eggs the show’s creators can layer into the series. Considering how prolific she was, Barrett more than most deserves all the praise she can get for helping to shape such an iconic show.

Did you already know these more obscure Majel Barrett roles? Which of her performances is your favorite? Can you name some other prolific Trek actors? If you have answers dive into the comments and make it so.