A Host of Horror Comedies to Haunt Your Halloween - Nerdist

A Host of Horror Comedies to Haunt Your Halloween

October is fast approaching and with it comes the mischievous and morbid movies that surround Halloween. They may be dark, spooky, and otherworldly, but these movies don’t have to take themselves seriously. Horror comedies mix the best of both genres to give you the willies without making you feel like you have to barricade yourself in your house with every light turned on (most of the time anyway). I like to show these types of movies at my Halloween party every year. Here are a few of my favorites to keep your Halloween full of laughs.

I SELL THE DEAD 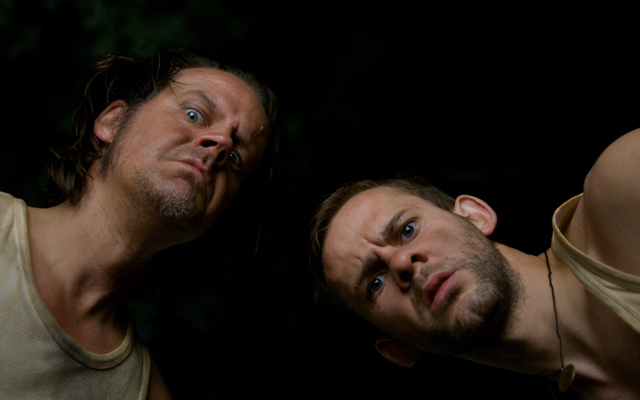 Glenn McQuaid’s, I Sell the Dead, is twisted tale about Arthur Blake (Dominic Monaghan), an 18th century grave robber. After being arrested with his compatriot, Willie Grimes (Larry Fessenden), for their illicit activities, Arthur agrees to confess to his crimes.What he recounts is a humorous tale of how he and Willie went from robbing normal graves to those filled with the undead to supply the insatiable Doctor Quint with a steady supply of fresh research subjects.

With its campy special effects and the way the director cuts his scenes, I Sell the Dead reminds me a lot of Army of Darkness. The actors for this film are terrific and if you are a classic horror movie fan, you might recognize the devious Doctor Quint as Angus Scrimm, the villain from the Phantasm franchise.  I Sell the Dead is a great balance of horror and humor and I have a soft spot for it since it was filmed in and around NYC. 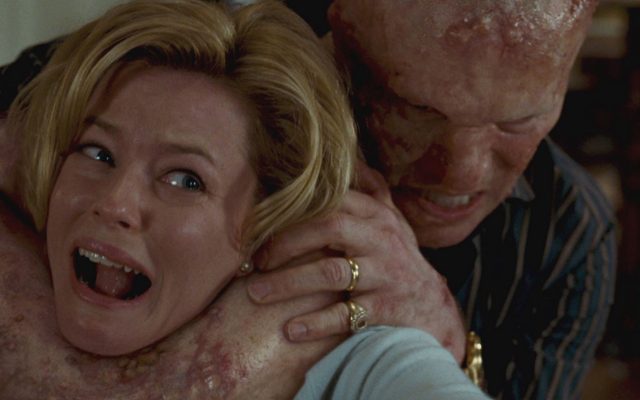 For a more nightmare-inducing kind of horror comedy, check out  Slither by James Gunn. It is creepy, gross, and hilarious. It starts like many classic alien monster movies, with a meteorite crashing into the planet. Inside is an extraterrestrial parasite that takes people over and turns them into giant, man-eating slug monsters. Sheriff Bill Pardy (Nathan Fillion) tries his best to fight the swarming slugs and save the town with the help his deputies, Starla (Elizabeth Banks) and Kylie Strutemyer (Tania Saulnier).

This movie gives me the genuine creeps even though it is peppered with comic relief. Anything with bugs or slugs crawling into people just freaks me out, but every time the movie teeters on being too frightening, a characters will whip out a funny line to have you laughing nervously. Check this one out if you have a strong stomach to go along with your funny bone.

WHAT WE DO IN THE SHADOWS 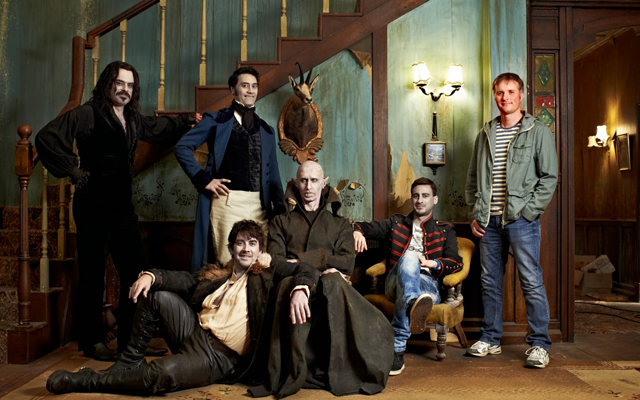 On the completely opposite side of horror comedies is What We Do in the Shadows. This movie is the This is Spinal Tap of vampire movies. Shot as a “documentary,” the film follows three vampires through their daily lives as they struggle to exist in the modern world. Written by comedians Jemaine Clement and Taika Waititi (who also star in the film), What We Do in the Shadows plays with the common representations of vampires by putting them in mundane situations such as having a housemate meeting to discuss the chore wheel or how to dress themselves without being able to use a mirror. You won’t find any glitter on these vamps (except maybe for when they go clubbing).

I almost hyperventilated while watching this movie from how hard I was laughing. There is barely any horror to it, but this has got to be my favorite movie of 2015 so far.  Lines such as “I go for a look which I call Dead, but Delicious.” or “We’re Werewolves, not Swear-Wolves.” absolutely killed me. If you are looking for something less gory and more funny, this movie should be right up your alley. 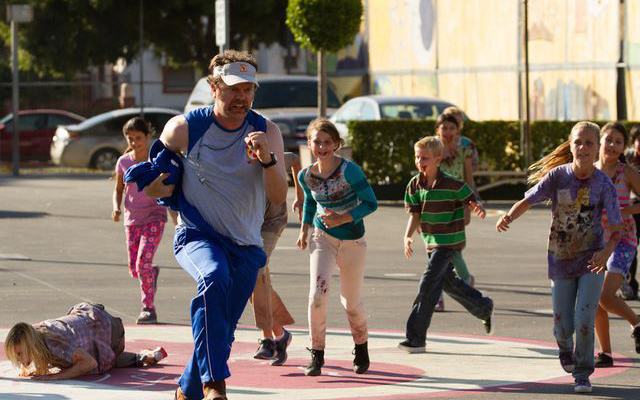 Teaching is the hardest job in the world.

Especially when your students are trying to eat you.

Last, but not least, Cooties, by Leigh Whannell (co-creator of Saw and Insidious) and Ian Brennan (co-creator of Glee), is a dark comedy in the same vein as Shaun of the Dead and has an awesome cast including Elija Wood, Rainn Wilson, Alison Pill, Jack McBrayer, Leigh Whannell, Nasim Pedrad, and Jorge Garcia. Clint (Elija Wood) has returned to his childhood hometown to substitute teach at his old grade school. Unfortunately his first day turns out to be disaster. One of his new students eats a tainted chicken nugget and gets infected with “cooties”, a zombie-like virus that spreads like wildfire and sends the children into a killing rage. The children become semi-intelligent running-dead who seem to still have their wits about them: destroying phones to prevent the teachers from calling for help and finding ways to escape the school.

Cooties is a hysterical take on the zombie genre. It has its horrifying moments, gore, and creepy children galore and, while I think it wastes Jorge Garcia as a stoner security guard sitting in his van for the entire film, I recommend it for anyone with a dark sense of humor and a mild dislike of children. Unlike the other movies in this list, which are available online or on DVD, you can catch Cooties in theaters now.

What are your favorite horror comedies? Let us know in the comments below!