A History of [SPOILER]'s Home Planet in STAR WARS - Nerdist

Warning: Spoilers follow for Solo: A Star Wars Story. If you haven’t seen the movie yet, jump on your speeder and steer away from this page! Come back after you’ve seen the film.

Much of Solo: A Star Wars Story features key moments that have been long-discussed in Star Wars lore. The legendary Sabacc game between Han and Lando, the infamous Kessel Run, and Han’s first meeting with his BFF Chewbacca all are key moments in Solo. What we didn’t see coming though, was the appearance of Darth Maul, revealed to be the Crimson Dawn crime syndicate’s leader. Maul has one of my favorite arcs in all of Star Wars, but one moment in his scene had me particular excited: the mention of Dathomir, Maul’s mysterious and mystical home planet. What is it? Why is Dathomir important? How does it fit into the Star Wars timeline? Let’s take a deep dive:

Dathomir was a remote, neutral planet located in the Quelli sector of the Outer Rim territories. The planet was steeped in blood-red light from its central star. Continents of the planet were made up of dense swamplands, mountains, and forests overrun with vegetation. The Dark Side of the Force held an extremely strong presence on Dathomir, which allowed for a number of vengeful Force-wielders native to the planet to mature and hone their skills.

Who lives on Dathomir?

How does Darth Maul fit into all of this?

What happened on Dathomir during the Clone Wars?

Throughout the Clone Wars, Dathomir came under attack many times due to the rivalry between Mother Talzin and Darth Sidious. Tensions grew even worse after Asajj Ventress, a Dathomirin who acted as an assassin for the Sith, returned to her home planet after Count Dooku carried out a failed assassination attempt on her life. Dooku traveled to the Nightsisters’ village in an attempt to propose an alliance between the Separatists and Talzin’s coven, but she refused his offer. Instead, she agreed to supply Dooku with a Nightbrother similar to Maul. After participating in several tests to prove strength, skill, and loyalty, Savage Opress was chosen for Dooku. Opress was the brother of both Darth Maul and Feral, who he had to kill in order to prove his loyalty to Ventress before being sent to Dooku. After proving his loyalty, Talzin used the dark magick of the Nightsisters to increase Opress’ strength and power before he left Dathomir in search of Maul.

What is the Battle of Dathomir?

We’re getting there, we promise! After Ventress returned to Dathomir, she was fully accepted into the Nightsisters. However, things don’t stay peaceful for long. Count Dooku and Grievous send a droid army down to the planet in retaliation for the Nightsisters’ failed attempts on Dooku’s life. The Nightsisters fight back by using their magick to raise an army of the dead. Yes, zombies are technically canon in Star Wars. Sort of. At first, the tribe hold back the Separatist forces, but after Grievous kills Old Daka, the oldest and wisest member of the Nightsisters, the battle takes a turn. The army conquers the witches and kills all of them, except for Talzin and Ventress. While Ventress became a bounty hunter, Talzin stayed on Dathomir, guiding Opress to his brother from the village.

When does Darth Maul return to Dathomir?

Opress finds Maul and they pair returned to Dathomir. At this point, Maul was in a fragile state of mind and on the brink of insanity. Mother Talzin removed the insanity that darkened his mind and gave him a new pair of cyberknetic legs (in the season four finale of Star Wars: The Clone Wars) through an incantation using the parts of Separatist droids before she disappeared. Sort of. In order to restore Maul’s physical form, Talzin had to surrender her own body to the spirit realm. Yes, spooky spirits are also canon in the Star Wars universe. We’ll be over here, waiting for our horror movie where the ghosts of the witches haunt Dathomir… feel free to make that whenever, Lucasfilm.

What happened on Dathomir after the witches were eradicated? Remember Ventress? Well, she returns to the planet with Jedi Master Quinlan Vos (you can read about their pre-Dathomir adventures in the Star Wars novel Dark Disciple) to strengthen Vos’ bond with the Dark Side. After Vos succumbs to the Dark Side, the pair ventured to the planet Christophsis. During a battle on the planet, Ventress is killed and her body taken back to Dathomir for a proper funeral. Later, Maul finally returns to Dathomir with a captive Count Dooku (covered in the Darth Maul—Son of Dathomir comic) to the old Nightbrothers village. There, Talzin’s spirit form attempts to use Dooku in a ritual that would restore her to physical form. However, the ritual fails when Grievous, Sidious, and their forces laid siege (in what’s known as the Second Battle of Dathomir). The Separatists also attacked Maul’s Black Sun and Pyke Syndicate allies, which lead the mercenaries to end their alliance with Maul, and thus effectively ended the Shadow Collective. Maul escapes from Dathomir (again!), ending his future with the Sith.

Where is Maul during the events of Solo: A Star Wars Story? 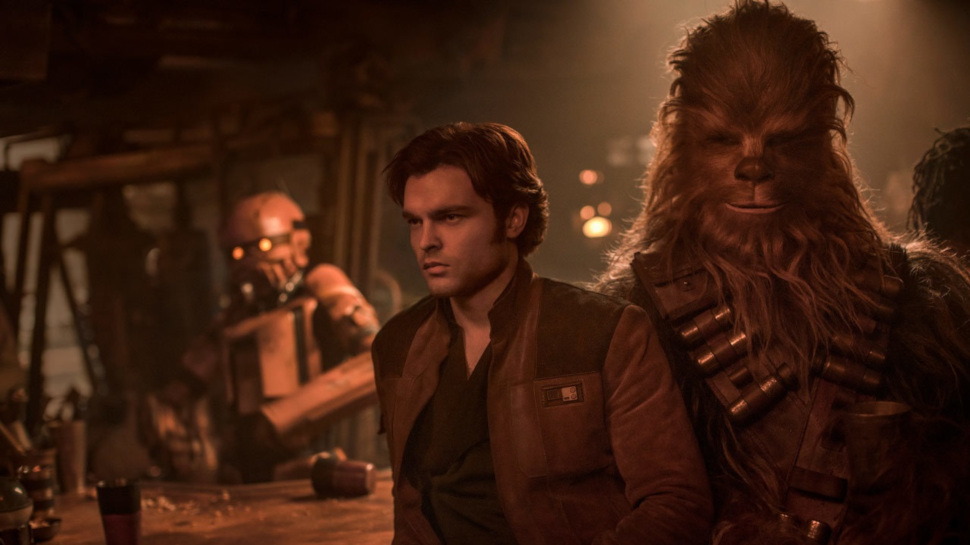 Spoiler alert, towards the end of Solo: A Star Wars Story, Maul reveals himself to Qi’ra as the leader of Crimson Dawn. He tells her to grab her ship and come meet Maul on Dathomir. Therefore, we can assume he’s returned (yep, again!) to the planet and for now at least is living on there. What else do we know about Maul’s future on Dathomir? Well, he definitely leaves the planet again after the events of Solo, because he returns to Dathomir with Ezra Bridger in Star Wars Rebels (which takes place about five years after Solo) to the Nightsister village. There, they partook in a ritual using Nightsister magick to give each other the knowledge they seek from the holocrons they found on Malachor together at the Sith temple. During the ritual, Maul saw the image of twin suns and realized that Obi-Wan Kenobi was still alive. He boarded his ship and heads off to Tattooine, where the rivals have their final, epic duel. As far as we know, the planet of Dathomir still existed at this time, waiting for new arrivals after the Nightsisters and Nightbrothers were eradicated from the planet.

Michelle Buchman is the social media manager at Nerdist Industries. She’s also a huge cinephile. Feel free to follow and chat movies with her on Twitter, @michelledeidre.

A Complete Guide to the Cinematic References and Inspiration...

IN FABRIC Is a Bizarre, Blood-Soaked Throwback to Euro-Horro...