A Field Guide to Hidden Role Games for Any Occasion - Nerdist

A Field Guide to Hidden Role Games for Any Occasion

Social games of hidden roles, possible traitors, bluffing, and deduction have been in vogue over the past few years, and with good reason. While many other game types give players an adventure wrapped in the analytics of a statistical model, hidden role games promote critical thinking and deduction in order to puzzling-out other players’ parts. In a very real sense, they allow players to play with each other more directly.

The first exposure many of us had to a hidden role game was with Werewolf. Despite its ubiquity, there are some challenges with this game for most groups. While it’s hard to argue with the game’s player-elimination mechanic, since a building tension is central to the game, it’s unfortunate that the game always begins with the elimination of a player. Also, while the unstructured mob mentality of the game is part of its flavor of fun, this can often turn into a game where the loudest of players engage each other while the quietest sit and watch the game go by.

Want something better for your group? That’s great! Since hidden role games are not all made the same, we’ve created a field guide so that you can pair the most appropriate game with your group. 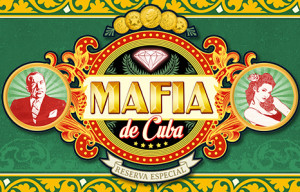 The Lowdown: Crooked mobsters, federal agents, and a hitman all struggle to keep a straight face as the mob boss interrogates them about his stolen diamonds.

Notable Characteristics: Mafia de Cuba has a structured line of inquiry like One Night Ultimate Werewolf, but more open-ended possibilities in how the mystery unfolds. Players are able to pick their role in the game (rather than being assigned one) which is a nice touch for gaming groups with players of diverse play-styles.

The Lowdown: In a two-strikes-you’re-out-scenario, claim any ability you want in a multiplayer game of chicken.

Notable Characteristics: While many hidden-role games are built on deduction and bluffing, Coup really distills this experience down–with a large chaser of tension–as you can be wrong once in the game, but not twice. Player elimination is a very real part of Coup. Luckily games are fast and once the bodies start falling, they can pile up pretty quickly.

How to Play: Having only 3 possible actions won’t save your head from spinning as you try to remember who you are and what you are supposed to be doing.

Notable Characteristics: Coup and Mascarade share many similarities and often invite comparison, but the player experience with them is quite different. Both have secret roles, and bluffing though claiming identities. However, if Coup is strolling down the logical and branching pathways of Destiny, Mascarade is careening recklessly though Delirium. The stakes are lower for your bluffs being called, and there is no player elimination. It’s worth noting that Mascarade doesn’t really work well with fewer than 5 players, though when it does work it’s a ton of fun on a bun.

These three games are all cheap, portable, and great filler games. They however, are not great gate-way games for players new to tabletop as the paths toward winning run either though high stakes elimination, or a maddening array of possibilities. But fear not, here are two great gateway games that also make use of hidden-roles.

How to Play: You’re either with the sheriff or against him. Unfortunately he’s not sure whose side anyone is on, and he didn’t come all the way into town not to shoot somebody.

Notable Characteristics: The original card game Bang! is quite well known, and the dice version focuses everything good of the original into a simple game that is even more fun. It is possible for a player to be eliminated fairly early in this game, sometimes from no fault of their own. With a playtime of 15 minutes, it’s not an unbearable burden if the worst does happen. 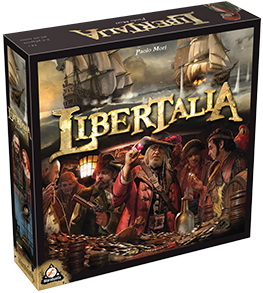 How to Play: Parade a colorful line of pirates out to capture the most treasure and lash your foes to the rigging.

Notable Characteristics: Some may not at first think of this as a hidden-roles game, as the cards are functionally similar to the cards played in the game Get Bit!, but the game’s theme of deduction of simultaneous actions hits all the emotional beats of more traditional hidden-role games, even if you weren’t literally revealing hidden roles all game–which you are.

Bang!: The Dice Game and Libertalia are both on the light-side of a medium-weight game, and both are new-player friendly. The structured paths before the player are fun and engaging, but not overwhelming in their paths to victory.

How to Play: Like most zombie stories, the greatest savagery may come from your fellow humans.

Notable Characteristics: This game comes with a ton of replayability, as there are countless possible way for things to unfold. The traitor mechanic runs in various levels of severity, and with any luck you can play as the stunt dog with a cape. This game really masters the merging of cooperation with paranoia and sometimes the betrayals are spectacular and cinematic.

There are several great longer-form games like Shadows Over Camelot and Battlestar Galactica, but if you are going to lay down money on a big box, you can’t do better for hidden-roles than Dead of Winter.


What games with hidden-roles are your favorite? What other game mechanics do you love?  Let us know in the comments.