A Brief History of Stephen Hawking’s Time on ‘Star Trek’

We here at Geek & Sundry were saddened to hear of the death of Dr. Stephen Hawking at the age of 76. Hawking is one of the brightest scientific minds that has ever existed, not just because of his ability to understand the universe, but also to explain it to the rest of us. Among his many accomplishments is one that struck us as most unusual; he is the only famous person to ever play himself in the Star Trek universe. To honor Dr. Hawking, we decided to take a look at how he ended up playing a holographic version of himself on Star Trek: The Next Generation. 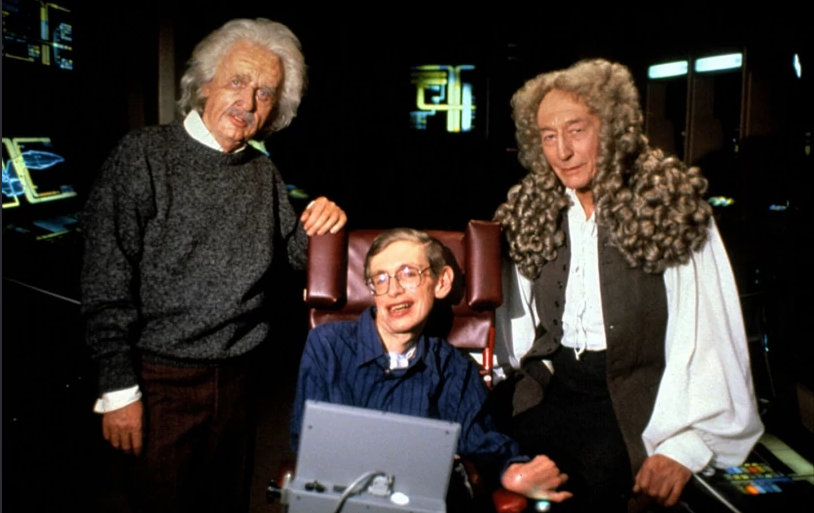 In the beginning of the episode Descent, Part I, Data is using the holodeck to play a variation on one of the classic games humans play; if you could have any three people over for dinner, living or dead, who would it be? The stakes for the android are slightly different, as he wants to see how three of the most brilliant human minds would play poker with one another. Hawking is joined by Albert Einstein (Jim Norton) and Sir Issac Newton (John Neville). Before Data can get too wrapped up in the game—and before Hawking can get annoyed by Issac Newton telling that darn apple story again—Riker issues a red alert and Data heads into the meat of the story involving his brother Lore, the Borg and the first appearance of the emotion chip.

Hawking first came into the orbit of Star Trek thanks to the documentary based on his book A Brief History of Time. Leonard Nimoy introduced Hawking at a screening of the film, and discovered Hawking was an avid fan of the show. This led to a set visit where executive producer Rick Berman offered Hawking a chance to appear on the show if he wanted. Hawking took Berman up on the offer and appeared in the season six finale. Befitting his celebrity status, screenwriter Ronald D. Moore claims that several staffers made up reasons to be on the day when Hawking was shooting his scenes so they could meet the famous scientist. 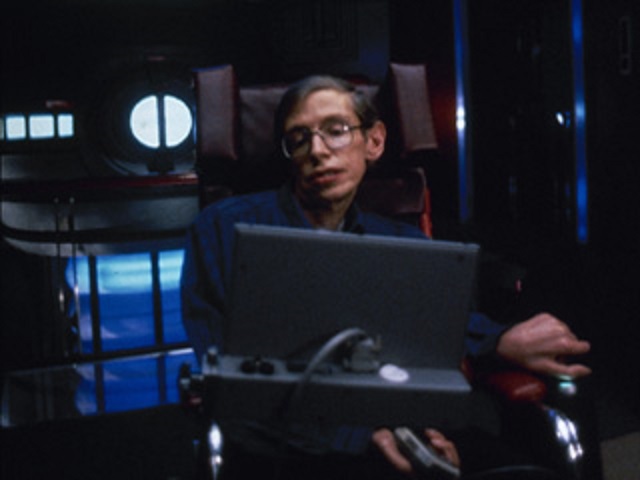 Hawking’s backstage interactions were full of his trademark humor. While touring the engineering set, he indicated the warp core and said, “I’m working on that.” He developed a rapport with his co-star Brent Spiner, who originally thought he would be playing Hawking when he read the script. Spiner joked that Hawking cost him an Emmy by playing himself. Hawking also asked Spiner when Data was going to pay up the money the doctor won in their poker game (to which Spiner told Hawking the check was in the mail.)

With his passing, we can now reflect on how his work, and how he so enriched humanity. His legacy is knowledge of the universe explained in a way that sparks the imagination. Rest in peace, Doctor Hawking.

Be sure to tune into our Star Trek RPG show,  Shield of Tomorrow on Geek & Sundry  Twitch and  Alpha every Friday starting at 4 PM PT, followed by our aftershow on Alpha, Behind The Shield, where the crew discusses the episode and Trek-dom topics.