Since The Walking Dead debuted on AMC on Halloween 2010, the show has become a pop culture staple with a massive fandom, millions of viewers each week, and even two spin-off TV series. Recent seasons have certainly gone through their ups and downs but The Walking Dead is still undoubtedly the network’s flagship show. And with a season 11 renewal and hefty contracts for stars Melissa McBride and Norman Reedus, it’s not going anywhere anytime soon.

A lot has happened since Rick woke up alone and confused in a hospital bed nine years ago (in our timeline). There have been several villains, epic speeches, lots of lives lost, and an unfathomable amount of zombie slaying. It’s impossible to pick out all of the shocking, pivotal, and overall great moments out of over 100 episodes but these nine are certainly on (almost) everyone’s list.

Season two started off with two major crises: Sophia’s disappearance and Carl’s gunshot wounds. Herschel was somehow able to transfer his veterinarian knowledge into saving Carl’s life, but Sophia wasn’t so lucky. Rick’s confusing directions to Sophia (during a moment of panic) about keeping the sun over her shoulder led to her becoming lost and at some point being bitten by a walker.

The group spent endless hours searching for the young girl only to find out she was right under their noses the entire time. Sophia stumbling out of the barn was a crushing revelation that showed the unjust dangers of living in the zombie apocalypse. Sophia’s death sparked the Daryl and Carol friendship and still resonates with both characters today.

The season two finale capped off with Rick revealing the details about Shane’s death and Dr. Jenner’s warning that every person who dies will become a walker, even if they are not scratched or bitten by a walker. Some of the group tried to turn on him but Rick’s annoyance with being questioned and disrespected finally came to a breaking point. He gave them two options: either shut up and let him lead or go off and see how far they make it on their own. Everyone chose the latter and the Ricktatorship commenced until Rick was mentally broken by Lori’s demise.

There was nothing “great” about losing Herschel but it was a pivotal moment for the group. Herschel’s decapitation by The Governor was the first time the TV series had ever shown a group member dying at the hands of a villain in front of everyone else. It was sad, shocking, and completely changed the way that Rick would lead in the future.

The “I am Negan” buildup led to that tense moment in the clearing with our group on their knees. Jeffrey Dean Morgan absolutely killed it from the moment he walked out of that trailer and put fear into the hearts of millions as he chose his victim(s) to beat the holy here out of.

The cliffhanger and subsequent wait to find out who died halfway through the season seven opener was awful, but Negan established himself as completely unhinged, soulless, and a threat that could bring the great Rick Grimes to his knees.

The All-Out War arc may have garnered mixed reactions from fans, but it’s pretty hard to deny that Negan’s first encounter with Rick’s group was epic.

This moment is still perhaps the greatest one of the whole series. Rick, Michonne, and Carl were heading to Terminus post-prison destruction when the Claimers caught up with them. The stakes were pretty high with threats of rape and murder, but Rick took the upper hand by rearing his head back and literally biting Joe’s throat out. It was bold, unexpected, badass, and the official birth of ruthless Rick Grimes.

Carol kicked off season five with a literal bang. The group was close to becoming Terminus food until she launched a rocket at the community and set the entire thing on fire. Carol even crept in and allowed one Termite to be taken over and eaten by walkers. It was not only a redeeming moment for Carol but it also led to a pretty sweet friendship reunion between her and Daryl. 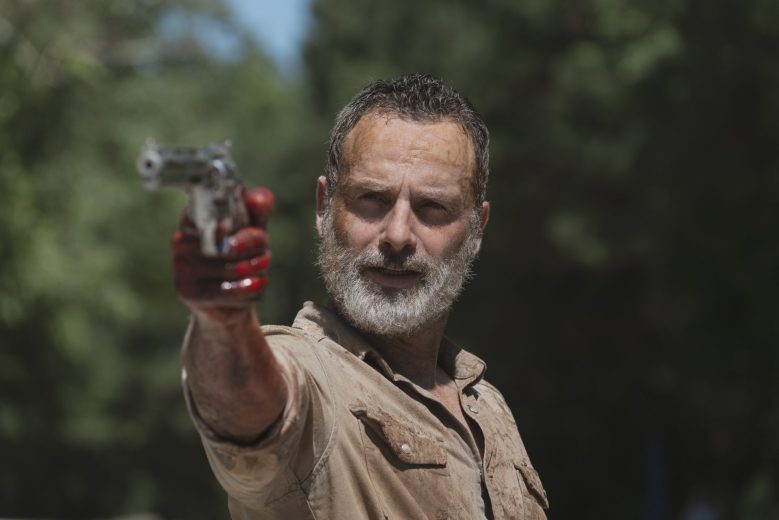 Rick Grimes last episode drew in people who don’t even watch the show regularly to bid him farewell. His heartbreaking fight to survive, conversations with long-deceased survivors, and the final moment when he sacrifices himself to save the communities showed exactly why he was the leader.

Rick was brave, relentless, selfless, and thankfully (also unrealistically) alive after it was all said and done. No one knows what he’s doing six-plus years later, but his absence on The Walking Dead has left a hole in fans’ hearts.

The Zombie battle at Alexandria

Alexandria was divided into two groups: Rick’s survival group and the original residents who knew nothing about the hardships of this world. However, an influx of walkers worked to bridge the gap between these two as they all came together to fight for their home.

That entire night was filled with iconic moments: Carl losing his eye, the always amazing Michonne slicing walkers to clear a path to the infirmary, Murderer Rick going out to slay walkers, Michonne leading the charge to help Rick with this seemingly insurmountable task, everyone slicing and dicing walkers, and Daryl setting the retention pond on fire.

Carl’s goodbye to Rick and Michonne 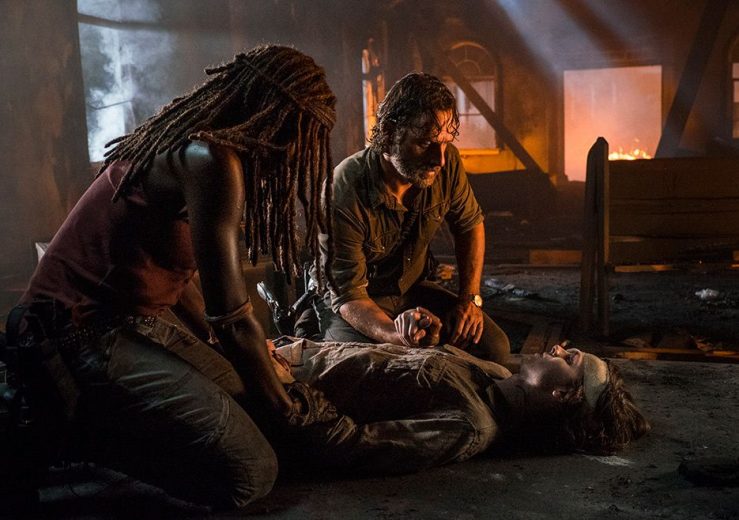 Carl’s death was extremely stupid. Nevertheless, it was sad to see a character who had been around since the beginning leave. He was Rick’s last connection to life before the apocalypse and the main reason why he fought so hard for safety and security. Carl saying goodbye to his dad and encouraging him to move forward was enough to rip at anyone’s feels.

But, it was almost more painful to watch him say goodbye to Michonne because she had become his best friend and a mother figure. Carl’s one shot to end his life as Rick and Michonne stood catatonic on the porch is burned into fans’ memories forever.

What are your picks for the greatest and most memorable Walking Dead moments?