It’s no small secret that video game movies have a harder time finding box office success than comic book movies do. It doesn’t help that they’re usually terrible. So much so that I actually made a video about it previously. But with more than 40 video game properties currently being adapted for the big screen, there’s no shortage of video game movies coming our way in the years ahead. However, not every video game movie was destined to actually make it to theaters. So on today’s episode of The Dan Cave, we’re looking back at the video game movies that almost happened… but didn’t. One of the most prestigious and critically acclaimed games of the last 15 years, BioShock—whose story chronicles of an underwater utopian society in the 1960s spiraling into ruin due to its citizens’ abuse of a mysterious substance known as Adam to gain special powers—seems tailor-made for the big screen, or AT LEAST an HBO mini-series. And Pirates of the Caribbean director Gore Verbinski did indeed want to make a hard-R movie adaptation of the sprawling saga. In fact, he came close. According to Verbinski in a reddit AMA, he was eight weeks away from shooting when the studio pulled the plug due to a combo of a ballooning budget and concerns over the rating. Things might have been different if Verbinski had a Big Daddy of his own to “convince” the suits at Universal, but at least we got Rango out of it, and that movie straight-up rules. 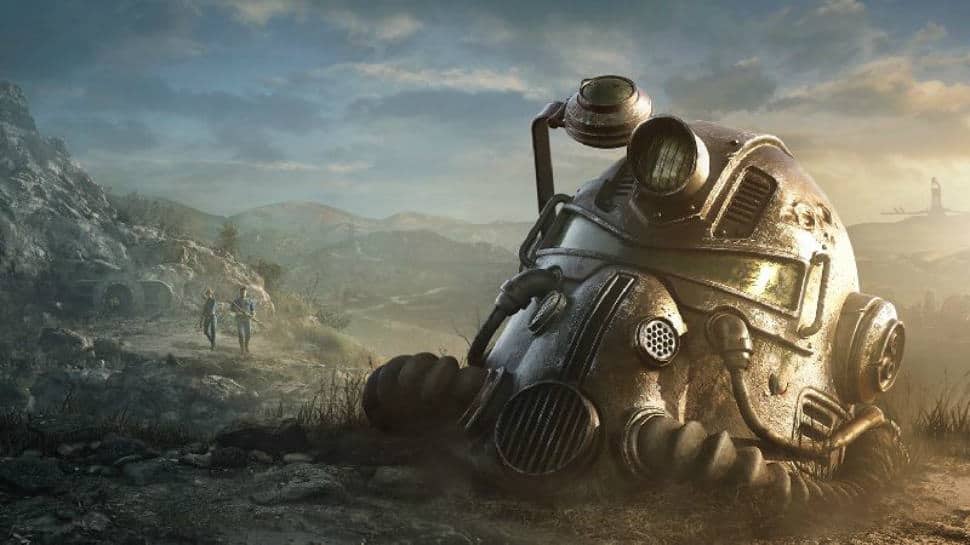 Hollywood never changes, but the minds of development executives sure do! Back in 1998, then-Fallout developer Interplay Entertainment formed a film division to adapt seven of their most popular games into movies, including Fallout. A post-nuclear sci-fi story about survivors eking out an existence in the ruins of America sounds great, right? So what went wrong? Some might say it was the hiring of the writer of Mortal Kombat: Annihilation. Others might say that the world wasn’t ready for the retro-futuristic weirdness of the Fallout universe. I’d definitely say it’s the Mortal Kombat: Annihilation thing though. A video game about towering beefcastles wielding assault rifles with chainsaws attached to repel an alien menace seems like a no-brainer for a movie adaptation. Back in 2008, Underworld director Len Wiseman was tapped by Universal to helm just such a movie, a prospect that presumably arose because someone saw The Dark Knight. That’s right—it was going to be a prequel how Marcus got his scar! And, you know, Emergence Day. It was also going to take form as a trilogy of movies Wiseman described as “a harder edged Lord of the Rings” in an interview. Ultimately, this version stalled out, so we’ll never know what the hell he was talking about. But who knows—Dave Bautista has been saying that he wants to play Marcus Fenix in a Gears movie, and Drax the Destroyer is currently a pile of dust, so anything’s possible. This movie is still technically in development, and when I say “this movie,” I actually mean this “trilogy of movies based on Tetris.” That’s a very real thing. I’m including here because I’m trying to put positive energy into the universe to make sure this misbegotten idea positively never happens. The story of of how the Halo movie almost came to pass is so weird that it’s almost worth an episode unto itself, but just know that it involves a bunch of Master Chiefs walking into studios all across Hollywood with copies of a Halo script written by Annihilation writer-director Alex Garland. Both Guillermo del Toro and Neil Blomkamp were supposed to direct at one point or another, and WETA Workshop was going to make all the props. Ultimately, Microsoft wanted too much money so it died like so many mes trying to survive the “The Library” on Legendary. Long before we got the kickass Castlevania Netflix anime, we almost got a live-action version of the classic video game series from Resident Evil series director Paul W.S. Anderson. The movie was going to focus on Dracula’s origin and his long-simmering rivalry with the Belmont clan of vampire slayers. The 2007 Writer’s Strike managed to slay the movie for a bit, but it came back in 2009 with James Wan attached to direct. While this movie seems deader than Dracula at an all-you-can-eat garlic and holy water buffet, I can’t help but wish we’d gotten some one-liners as great as Kano’s in Anderson’s O.G. Mortal Kombat movie. Nintendo’s first attempt at turning their video games into Hollywood blockbusters was…well, it was something all right. But a decade later, Nintendo was ready to try again, and John Woo optioned the rights to Metroid in 2004. The acclaimed action director and the intergalactic bounty hunter seemed like a match made in heaven, but much like Samus and Mother Brain, Nintendo and Woo couldn’t see eye to eye. Except instead of trying to kill each other, Nintendo just killed the movie, and with it our chances of seeing Samus Aran and Nicolas Cage occupying the same world.

The Last of Us Easily one of the most cinematic games of all time, The Last of Us seemed like it was destined to become the first game to break the video game movie curse. The story of Joel and Ellie making their way across a post-apocalyptic, monster-filled version of the U.S. oozes drama and cordyceps spores from every pore. Except the man writing the script, Naughty Dog creative director Neil Druckmann, doesn’t think it can be done. At the DICE Summit in Las Vegas this February, Druckmann said:

“I worked on the script for The Last of Us film, which was a direct adaptation. And now, having some separation from it, I look back and be like, ‘I don’t want that movie to be made. Maybe there’s something that could be done in [that] world, either focusing on other characters or other time. But, for me – and I know for Naughty Dog and for a lot of our fans – Nolan North is Nathan Drake, Ashley Johnson is Ellie, Troy Baker is Joel. And it would be very disorienting to see someone else in that role.”

And here I thought that they were worried about spending too much money on giraffes. Oh well. Some stories are better left in video game form, and that includes The Last of Us. When you think of the best person to bring the story of Kratos, a Spartan warrior tricked into murdering his own wife and daughter by Ares, the Greek god of war, who do you think of? If you said, “The guy who made the worst X-Men movie,” you’d be correct! Assuming, of course, you meant Brett Ratner and X-Men: The Last Stand. (X-Men: Apocalypse was pretty bad, too, but I’m talking about Ratner.) Anyway, by the grace of some higher power, this version never came to pass, and judging by his Hercules movie, thank goodness for that. While there have been reports that Pacific Rim Uprising director Steven S. DeKnight wants to make a God of War movie with—you guessed it—Dave Bautista, I somehow doubt they’d be able to capture the emotional complexities of the new God of War game:

And those are some video game movies that nearly got made… but ultimately didn’t. Which of these would you most want to see? What video game do you think would actually make a good movie? Let me know in the comments below.