Joss Whedon has officially left DC’s burgeoning Batgirl project. And while there’s a LOT to be said about that, this piece is all about looking ahead at the future of Barbara Gordon in the DCEU. Ever since Walter Hamada was announced as the new Warner Bros. President of DC Films we knew change was in the air, and today’s shock announcement has confirmed as much. So now we live in the DCEU AJW (After Joss Whedon), where should Batgirl go next? We have some ideas, especially following the record breaking success of Wonder Woman. So here are our picks for women we would love to see helming a Batgirl movie. When this news dropped, there was one name that immediately came to our minds, Dee Rees. The director of Mudbound is an unbelievable talent who’s showcased her ability to tell eclectic stories focused on women—and specifically black womanhood—that tie into larger thematic arcs in incredible movies like Pariah, Bessie, and Mudbound. Her latest movie should’ve been an major Oscar contender, and though it was snubbed for most of the big awards, it did put Rees firmly in the sights of mainstream Hollywood. We would love to see Rees’ intimate and interior take on Barbara Gordon. She would surely add a unique vision, with the nuance and layers needed to tell a truly great Batgirl story. Gina Prince-Bythewood has long been one of Hollywood’s most underrated directors. Her feature debut, Love and Basketball, was a critical and commercial hit, and she’s directed Hollywood superstars like Jennifer Hudson, Dakota Fanning, and Queen Latifah. In 2014 she made the critically acclaimed Beyond the Lights starring Gugu Mbatha-Raw which, despite being fantastic, struggled to get picked up for major release. Even though Gina is currently directing Sony’s Spider-verse Black Cat / Silver Sable movie, Silver & Black (and working on Freeform’s Cloak + Dagger TV show), we would love to see her cross over to Warner Bros. and showcase some of her rad talents on a romance-centric Batgirl about young Babs coming to terms with her roles and responsibilities. Amma Asante has a knack for telling fantastic stories centered around women, which is of course just what a Batgirl movie needs. With her 2013 film Belle, Asante established herself as an important, original voice in cinema, turning the idea of homogeneous period drama on its head with the true story of a young black woman raised by aristocracy in 18th century England. Asante’s bright, lush aesthetic set her apart and would make her a great candidate to adapt the iconic Babs Tarr, Cameron Stewart, and Brenden Fletcher Batgirl arc from DC a few years ago. The fresh take focuses on Babs as she moves out of Gotham and tries to work out who she is, not just as Batgirl but also as Barbara Gordon. We want this movie! The woman who made, arguably, the only good Twilight movie deserves another shot at franchise filmmaking. Hardwicke broke out with her controversial teen girl tale, Thirteen. A female-centric take on movies like Kids, Thirteen is still a powerful and stirring movie about friendship, girlhood, and the dangers of being a teenage girl. Obviously the Twilight series is much maligned, but on rewatching Hardwicke’s original entry still has indie sensibilities and an interesting aesthetic. If DC so badly wants a dark take on Barbara Gordon that still fits inside their shared universe, then Hardwicke is truly the woman who could deliver it. Ever since Andrea Arnold broke out with her harrowing debut, Red Road, she’s been a go-to for authentic stories about young women. Arnold would be an out there choice—all of her movies have been micro-budget indie flicks, mostly starring unknowns. But when has that ever stopped Hollywood when it comes to awarding men films (we see you, Trevorrow)? Plus, Arnold clearly has an eye for talent as the star of her latest movie American Honey, Sasha Lane, has just been cast in the upcoming Hellboy reboot. We adore Arnold’s singular vision, and she already has one of our favorite literary adaptations under her belt with her brutalist version Wuthering Heights. If DC wants a woman who can truly get inside the head of Barbara Gordon and her Gotham, as well as someone who can find an unknown young actress to embody her, Arnold is the only choice. Karyn Kusama made one of the best movies of the last decade with The Invitation, and she also made your favorite underrated feminist horror movie Jennifer’s Body. We’d love to see Kusama turn her talents to the DCEU, with an atmospheric take on Gotham centered around our young heroine. Kusama’s talent for creating simmering tension could bring a mood to Gotham unlike any we’ve ever seen. We also know Karyn doesn’t mess around when it comes to making films with fantastic female leads, so we want Karyn to get that call. Plus, Kusama would also make a killer Cass Cain movie, so DC has Batgirl options if they hit her up. We know Ava is currently helming all kinds of movies for Disney, most recently the already-record-breaking A Wrinkle in Time, making DuVernay the first female African American director to be given a 100 million plus budget. But we would still love to see her handle a story based around Batgirl! Ava’s talents are huge in scope, and after seeing what we have so far of A Wrinkle in Time, we’d love to see her tackle a young Barbara Gordon story. One focused on family, on growing up with a dad in the police force, who allies himself with a vigilante. A story that shows how and why Babs chose to pick up the mask and take on the mantle of Batgirl. 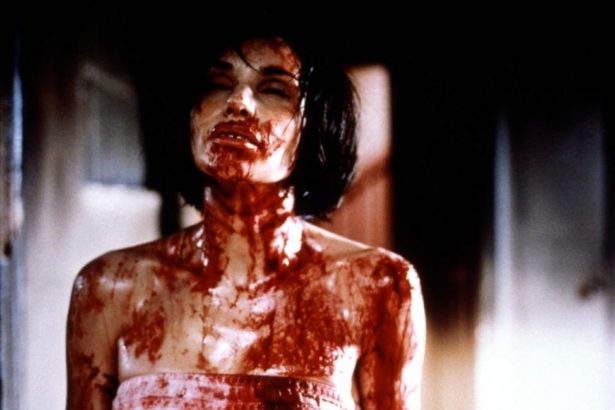 You probably haven’t heard of Claire Denis, which is honestly criminal as the visionary director sparked the notorious New French Extremity movement with her brilliant 2001 erotic horror movie, Trouble Every Day. At the time she was shunned by mainstream cinema, though men—like Gaspar Noe and Alejandra Aja—who then followed her lead have crafted expansive careers for themselves as cinematic bad boys. Denis has since had a vibrant independent film career, so if DC decided to go the R-rated route that Whedon hinted at, we’d love to see Denis called in to subvert the violent misogyny of comics like The Killing Joke to create a violently original take on Barbara Gordon’s Batgirl. Though Fifty Shades of Grey may not have been everyone’s cup of tea, it did break box office records and proved that indie darling Johnson could pack those theatre seats. If DC wants a new Nolan to helm their movies, Johnson might be the choice. The pair share indie sensibilities, but Taylor-Johnson has a big budget blockbuster under her belt. She’s also shown a talent for telling stories about young people as they grow into their larger role in life. Even after Fifty Shades of Grey, a Sam Taylor-Johnson Batgirl movie would be a surprisingly safe bet for DC.

Who would you like to see behind the lens on a Batgirl film? Are you hooked on one of our choices or do you have a luminary director of your own? Swing into the comments and let us know!

Need to Catch Up on Babs?