by Erin_Vail
The Harry Potter franchise may be best known for its timeless depictions of friendship, bravery, and family in times of darkest turmoil – and oh yeah, a little thing called magic. But, amidst the heroes, there are some truly nasty characters who we remember less than fondly. Here are the top nine villains in Harry Potter history. And before you @ me, Snape is an anti-hero.

P-p-p-poor, stuttering, Professor Quirrell was weak, and wanted power. We’ve all been there. But not all of us would let Voldemort grow on the back of our heads. Quirrell really worked hard to sell the act of petrified, bumbling, inexperienced professor only to reveal his true, ambitious, evil self.

It takes a lot of guts to betray your family, and it takes even more guts to use Polyjuice Potion to take on the appearance of another human to complete the murder of a child. Barty Crouch, Jr. does both! A Death Eater, a liar, and someone who is down to perform Unforgivable Curses on 14 years olds – yeah, this guy is bad!

Peter Pettigrew took Barty Crouch Jr.’s betrayal and turned it up a notch: betraying his best friends in the entire world who, let’s face it, were too cool to be hanging out with him in the first place. Peter sold out James and Lily and helped to frame Sirius for the crime, THEN spent the rest of his adult life as a pet rat. Creepy, manipulative, pathetic – Wormtail is slimy and sad and totally responsible for his despicable actions. Harry’s number one rival (who is his same age) is, above all else, a little shit. He loves to bully Harry, Ron, and Hermione from the get go. Draco’s mean spirit results in hundreds of lost Gryffindor house points, cauldrons full of Hermione’s tears, countless trips to the Hospital Wing, and so much more emotional and physical damage. Although he eventually stops trying to murder everyone, he was originally supposed to kill Dumbledore. Anyone who is tasked with that definitely has some darkness deep down. Jason Isaacs should play villains only. I mean, have you seen A Cure for Wellness? His turn as Lucius Malfoy has everything: icy stares, drawling, snarky comments, scary but dashing wand work, a good upper lip snarl, and a contemptuous disregard for anyone who he considers beneath him. So, everyone. Lucius Malfoy is high on this list namely for his treatment of Dobby, the whole Death Eater thing, and for using his son for nefarious purposes. Lucius Malfoy honestly might be number one on the Harry Potter villain hotties list. The whole Johnny Depp of it all notwithstanding, Grindelwald as a character is inherently despicable. Grindelwald liked to experiment with dark magic, and was the proto-Voldemort, wanting to create a world where wizards dominated muggles. Dumbledore ended up defeating his former friend/lover so all was well…but laying the groundwork for the wizard supremacy thing was Grindelwald’s dark legacy.

Where to even begin with Bellatrix Lestrange? First of all, she killed Neville’s parents after torturing them endlessly. Next, she killed SIRIUS in one of the saddest Potter deaths of all time. And she tries to kill Ginny Weasley, after torturing Hermione and many, many others. Her devotion to Voldemort and deadly record say it all. Helena Bonham Carter’s portrayal of a woman who thrills in how bad she is was perfectly twisted. Just writing her name makes my skin crawl: Dolores Jane Umbridge. The meanest teacher to ever grace the halls of Hogwarts, Professor Umbridge represents the opposite of what makes Hogwarts magical. She’s close minded, cruel, overly bureaucratic, and spiteful. And even though Sirius tells Harry the world isn’t just good people versus Death Eaters in regards to Umbridge, she ends up being complicit in Voldemort’s takeover and is actually a racist. And let’s not forget when she made Harry and countless others carve into their own skin as punishment. She is vile. 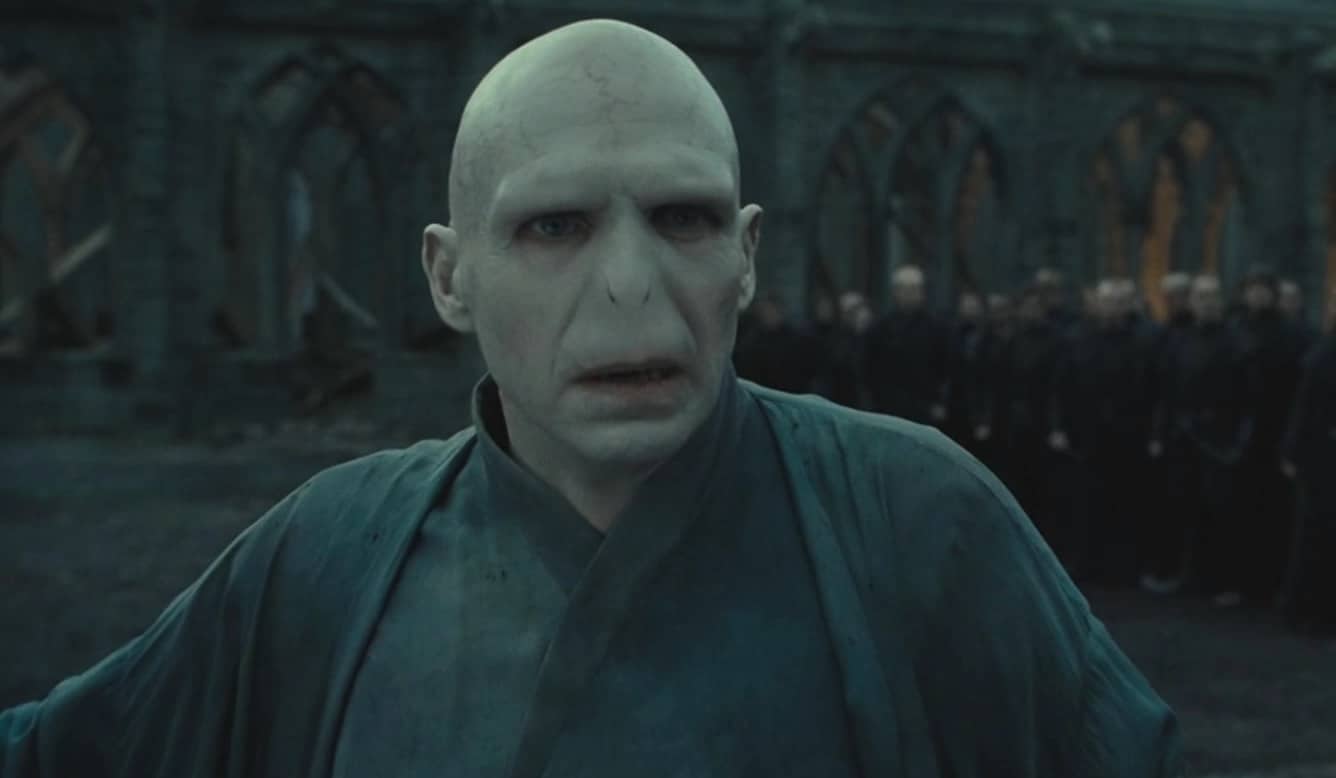 As if number one could go to anyone else. Here’s the deal: Voldemort is evil. He’s a mass murderer hellbent on ruling the wizarding world and killing anyone who stands in his way! His errant disregard for muggles, muggleborns, non-wizard creatures, and those who oppose him and defend equal rights demonstrate his lack of humanity. The Hitler comparisons are fully intentional. Voldemort/Tom Riddle legitimately has no soul, and is straight up out for world domination. Voldemort is dark, terrifying, menacing – I mean, there’s a reason people called him “You-Know-Who” or “He-Who-Must-Not-Be-Named.”

Who is your favorite Harry Potter baddie? Let us know in the comments below!