9 GAME OF THRONES Characters Who Could Make Surprise Returns

We’re already wondering what never-before-seen spot in Westeros we might visit in Game of Thrones last season, after EW‘s first look at the show’s final year. An all-new set wasn’t the only intriguing tidbit they shared, though, as our direwolf ears perked up reading “there are characters in the finale that I did not expect.” That raises a number of fascinating possibilities: one is that we could see a return we aren’t expecting. But who could be important enough to be in the finale even if they aren’t usually on the show? Minor ones who mean a lot to more important characters. 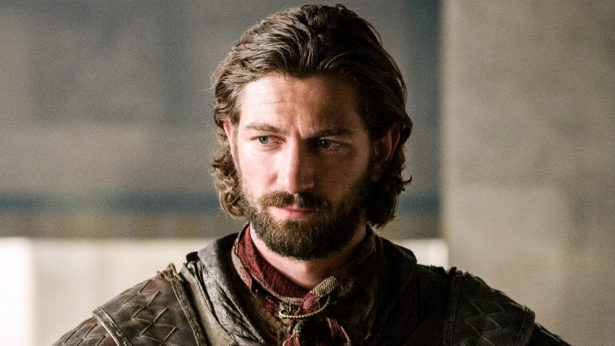 In the season six finale Daenerys commanded the sellsword to stay behind in the Bay of Dragons to keep the peace in Meereen when she left for Westeros. Will he do that if learns his former lover is in danger after Cersei hired the Golden Company? How will he react if he hears stories about ice demons on the march? Or could he even show up to fight against the Mother of Dragons; a scorned lover’s revenge? 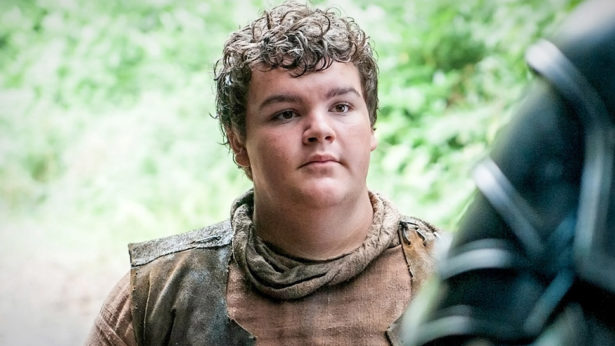 What? Think it’s laughable he’ll be around for the finale? Uh, it would be crazy to think the ultimate survivor won’t still be standing at the end. Not only would Arya be sure to grab him from the King’s Road if the North flees south to escape the White Walkers, but you always need someone who knows what it takes to get the gravy right. 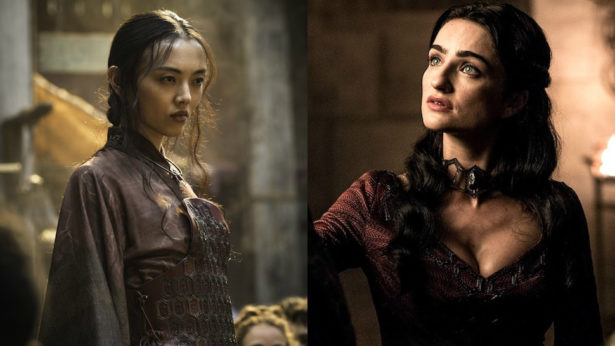 We 100% expect Melisandre to return, but not alone; expect some of her fellow devotees of the Lord of Light to travel to the Seven Kingdoms too. We saw one delivering sermons about Daenerys in Volantis, and another swore to serve her in Meereen. Now is the time for them to fight the darkness, so don’t be surprised if they come to Westeros with every other red priest and priestesses of R’hllor in tow. 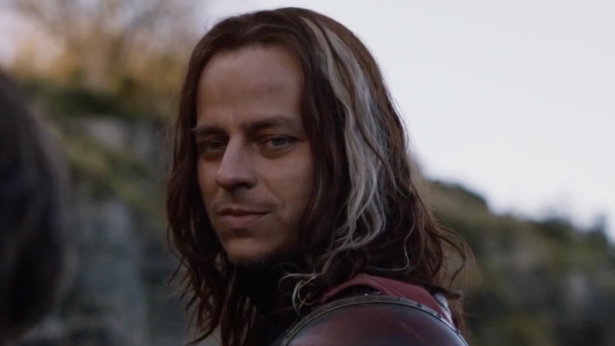 You know which group is really into death? The Faceless Men. Arya’s former mentor and world class assassin could be drawn to the living’s Great War with the icy dead, though which side he’d fight for might not be as obvious. 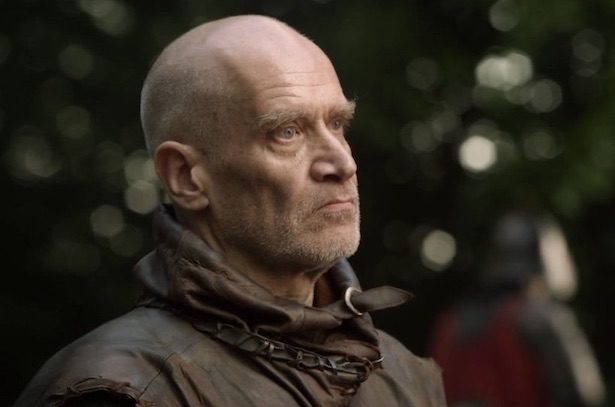 No one ever hears Ilyn Payne coming….You get it.There’s one very obvious, very excellent reason to bring back this silent killer for the first time since season two (who was last referenced in season four): so Arya can take him off her list. That would be a tasty conclusion for the man who beheaded Ned Stark. 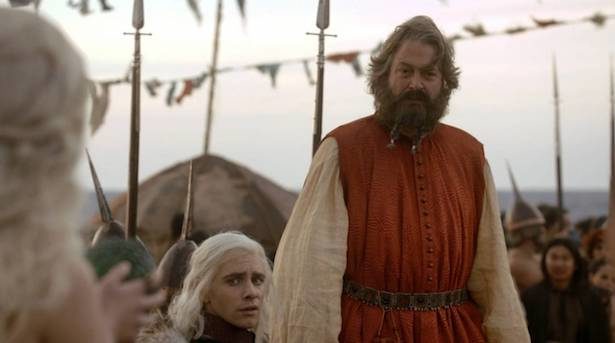 The Magister of Pentos only appeared in season one (though Tyrion and Varys stayed at his home in season five), but his brief role was vitally important to the show. He arranged Daenerys’ marriage to Khal Drogo in the premiere. Why though? What was his endgame? Why did he ever help the orphaned Targaryens at all? This is one thread the show has left hanging, and it would be nice to see it come full circle with a payoff. 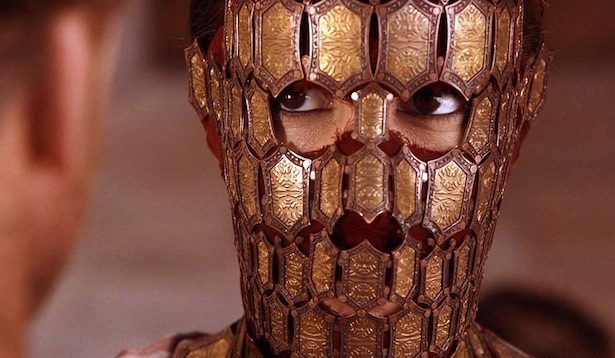 Remember Quaithe, the mysterious shadowbinder in Qarth who somehow knew way too much about Jorah Mormont? Hopefully the show does, because if she never shows up again, her presence will have proven pretty to be totally pointless. She’s more important in the novels, but we’re hopeful she has a reason to follow through on keeping Jorah loyal to Daenerys. 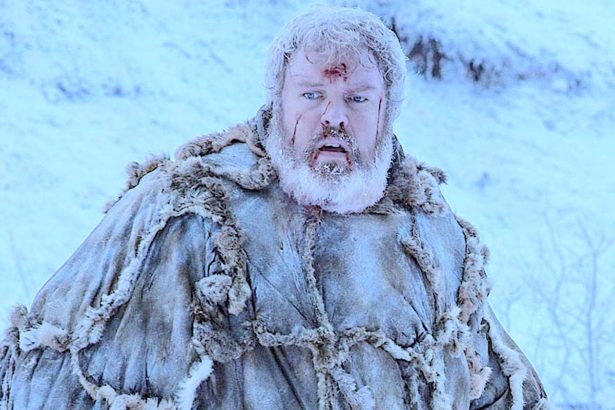 YEAH WE WENT THERE. You better be ready for wight Hodor, a giant, blue-eyed giant trying to murder Bran. He died north of the Wall in the clutches of other wights. Why wouldn’t the Night King have raised him up? Who wouldn’t want a large, super strong soldier who would also be psychologically devastating for his opponent?This horribleness is happening. Oh, it’s happening. But don’t worry, we won’t leave you on such a terrible note. 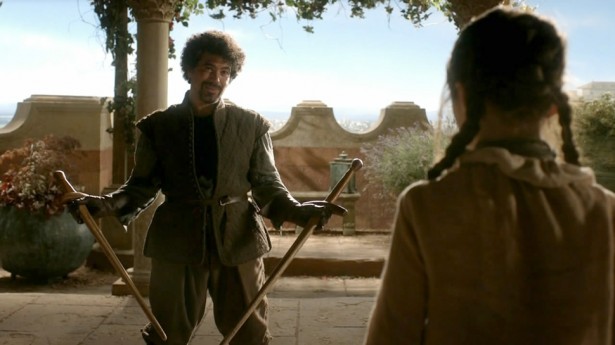 Syyyyyyrrrriiiiooooooo Forrrreeeellllllllllll!!!!Technically we never saw Arya’s water dancing instructor die, and the First Sword of Braavos was only facing Meryn ****ing Trant. Even without a sword we give Syrio a decent chance of escaping that. So where’s he been? It’s not like he could have gone after Arya, and she’s been missing ever since. There’s been no reason for him to have returned, at least not until the Night King invaded.Because as we all know, there’s only one thing we say to the god of death.Which one of these characters would you most love to see return? Who did we leave off that should have made it? Tell us in the comments below.