Stranger Things did more for the 80s than Ronald Reagan. It made the forgotten decade instantly cool again. It also paved the proverbial way for publisher Resonym’s Visitor in Blackwood Grove. Truth be told, this story is closer to E.T. Well, kinda.

An alien visitor crash lands in a forest while the Kid is watching. This protagonist seeks to help the friendly bug-eyed fella out. Unfortunately, government agents descend upon the scene and everyone’s trying to gain access to the spacecraft. The hitch is that it’s surrounded by this wondrous force-field repelling certain objects.

Some objects make it through, like perhaps a pencil and a toothbrush. But the hand mirror and bear zing off the surface landing with a thud. Huh?

This is Visitor in Blackwood Grove. It has the alien player forming a “pass rule”, in short – a law that governs which items will pass through the barrier and which won’t. It could be something like “objects made of glass” or “things that can kill you”. The player running the show can be totally creative and there’s a large onus on them forming a rule that is both solvable yet not obvious.

So those objects from our very own example? The pass rule was “things you can place in your pocket”. I don’t care how big your cargo pants are, you’re not fitting a bear in there. 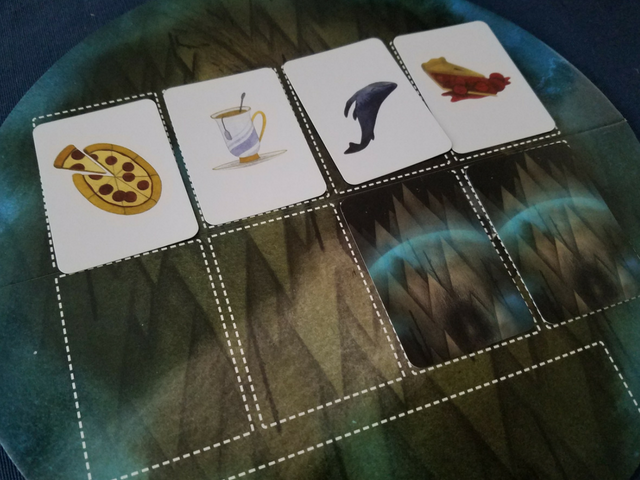 The Kid is a unique role following the game’s asymmetric roots. They’re trying to guess the pass rule, but they need to do so before the agents figure the whole thing out. The agents meanwhile are working independently, with only a single winner on their side.

Play typically consists of a participant choosing a card from their hand – a card that depicts an illustration of one of those objects. These selections come from an enormous deck and you likely won’t run into the same options repeatedly.

This card is then offered to the alien who places it facedown within or outside the force-field board. This offers a nugget of information for the humans and greases those deduction wheels in the noggin.

The Kid instead reveals a faceup card and must guess whether it will pass through or not. If they succeed they can offer another option, but failing short circuits the entire action and ends your turn. This nice “push your luck” mechanism contrasts strongly with agent play, offering more depth and exploration to the design.

Eventually someone gets a bit of Sherlock Holmes in their brain and thinks they’ve solved the thing. They spend their single action to flip four cards from the deck and then predict which will pass through and which won’t. This is where the game comes to a head and its fragility tested.

The main influence of this design is clearly the older abstract title Zendo. That has a similar setup of a single player forming a secret rule and players testing it. In that game players needed to eventually vocalize the complete rule proving their awareness. 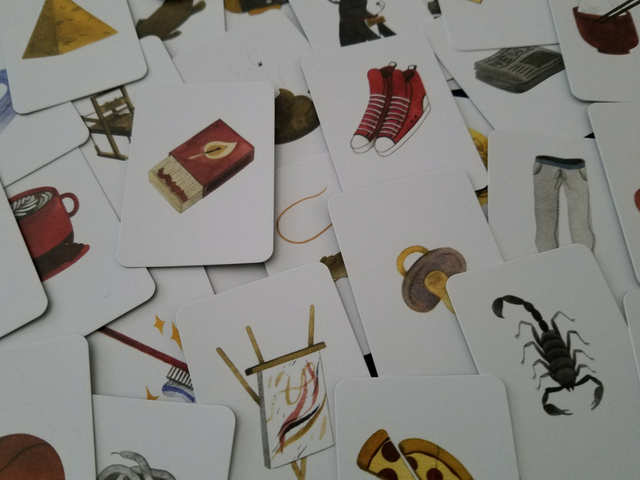 Visitor in Blackwood Grove is a more appealing take on this formula with an enticing setting and much shorter playtime. It’s a smoother game to some extent – at least once you’ve assimilated the oddly phrased rulebook. With a goal of mainstream accessibility, it chooses to shift the solution from a verbal recounting to choosing the binary results of those four random cards.

This is appreciated as it helps keep the game extremely fast but it also means that players can occasionally get lucky with a guess. While securing a victory when you’re absolutely off about the pass rule is not very satisfying, fortunately it’s not too common with a strong alien player. The game also wraps up in a cool 15 minutes so it’s easy to deal again and swap roles.

The magic of Visitor is in the creativity espoused. It allows complete freedom in forming your rule so you are able to tailor the gameplay to your group or perhaps their sense of humor. This is also a possible trap as a poorly formed rule can threaten the integrity of play, but the game works to cut this off by providing a deck of sample rules. This is a clever addition and goes a long way to head off any issues. 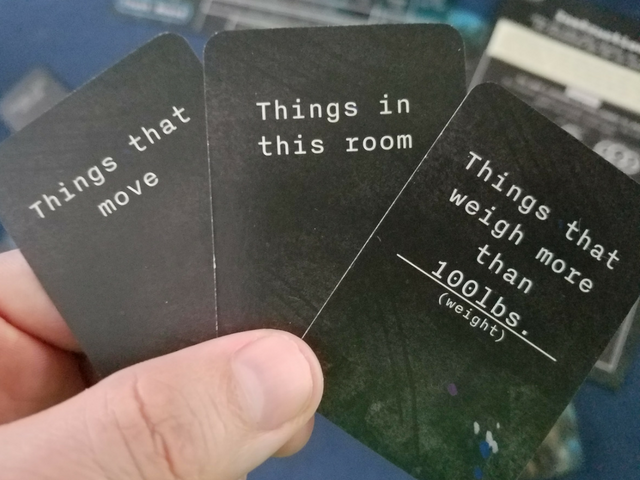 As a mainstream deduction game, Visitor in Blackwood Grove presents a compelling enough mystery and comes through on its promise. It offers an engaging experience with little downtime wrapped up in excellent subject matter. Elliott, it’s time to let the little dude phone home.

Are you planning on checking out Visitor in Blackwood Grove? Let us know in the comments!  And be sure to join host Becca Scott on Game the Game every Thursday here on Geek & Sundry to watch the best boardgames played with fantastic guests!