7 Tips About RPG'ing with Kids - Nerdist

7 Tips About RPG’ing with Kids

As entertaining as it is to see Vin Diesel react to rolling natural 20s, it’s at least as fun watching kids do the same. In fact, roleplaying with kids is a great way to inspire imagination, creative problem solving, teamwork and share a hobby that’s awesome and fun. This is how you make young gamers.

With that said, roleplaying with kids can have some unique challenges. Things like shorter attention spans, smaller bladders, limited vocabularies, and not knowing the difference between a chromatic and a metallic dragon are all challenges that you have to overcome.

Here are seven tips to help get you and the children (under 12) in your life roleplaying with critical success.

Play a self-contained instance suited to their attention spans

While you and your friends may be accustomed to 6-hour marathon sessions, most little ones just don’t have the stamina. While DMing such an instance, describe the world so they have a picture, but let their minds fill in the blanks (and give them opportunities to ask questions). Spending 10 minutes describing the world and talking at them isn’t the way to keep their attention.

Similarly, plan an instance that has two or three smaller encounters, one boss encounter, and many opportunities for roleplaying with NPCs (so they’re involved in the conversation.) You may even want to let the NPCs describe the world around them for them, answering questions they may have. Keeping them engaged is key here.

Help them with their characters.

Adults can play too! Sometimes you need to include a few experienced RPGers to round out the group for balance. You might find yourself needing a strong player to be the healer of the group, or someone who can do reliable damage. They can also help model the kind of behavior (both in and out of the game) and help refocus your younger players. Remind these people they’re in support roles, and to not monopolize the instance through roleplay or decision making, but sometimes a strong leader to give advice and heal the group is a huge boon to the young and inexperienced. 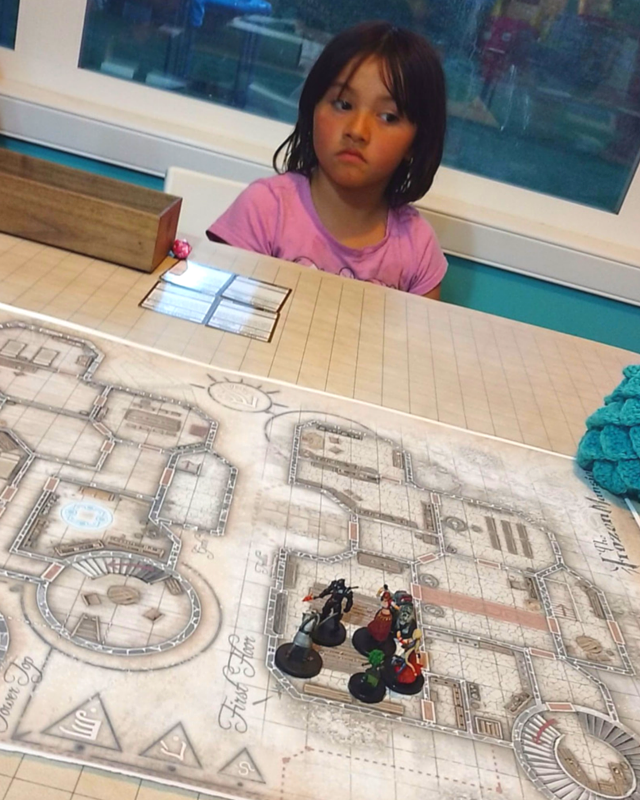 It’s one thing to use a sheet of grid paper and use Xs to mark where players are, it’s a completely different thing to have models to represent the player and their foes and maps to show the layout of the land.

Help them manage their skills & spells

Clear gaming aids to help them through technical elements of the game are a huge boon. For a younger child, sometimes just having a little card with a picture of what their ability is (and tokens to represent how many times they can use that ability) is a fantastic way for them to visualize things like what spell they’re casting and how many spell slots they have.  For an older child, spell and ability cards with descriptions (just as an adult would use) are exactly what they need. It doesn’t have to be fancy, but being visual and tactile really helps.

Hold their hand through the experience

Sometimes it takes time to get accustomed to the rhythm and approach of the game. You may have to use NPCs to give the kids obvious and useful information, or order them specifically to do something a certain way. Remember: younger children usually have a classwide hit to their wisdom stat, which affects their perception in real life. A six-year-old may not pick up that the owlbear blocking their path on a road doesn’t need to be defeated in combat, but just scared away using cantrips. It doesn’t mean giving them the answers, but it may mean being very clear that the owlbear doesn’t look to be interested in fighting them but is busy eating something on the road and letting them figure out what to do next.

Sometimes you can fudge the numbers a little so a critical success finishes off a foe (and keeps the game moving). It may also mean that critical failures don’t hurt other party members, but merely means a character slips and falls and has to spend an action getting up next turn. Take some license with the numbers so that each child has a chance to be a superstar, whether that’s in a fight or while roleplaying.  The point is to facilitate a great experience while fostering a love of the game. 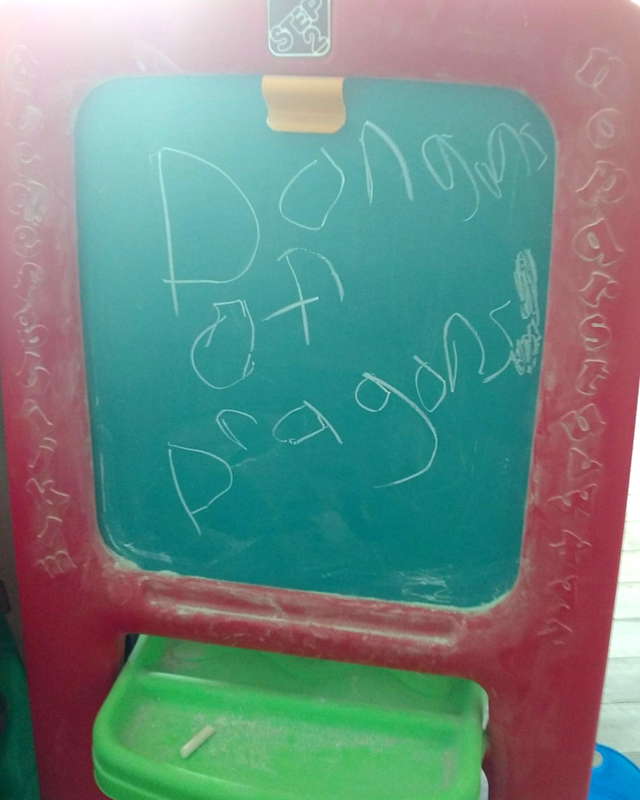 Have you roleplayed with kids? What tips do you have to share? Let us know in the comments!

Teri Litorco is a YouTuber, past Geek & Sundry Vlogger, and an all-around and semi-professional fangirl and geek. She’s often found teaching her daughter why she should be afraid of beholders.  Find her on Facebook,  Twitter and Instagram.