7 FLASH Museum Fixtures We Hope to See in Future Episodes

On the third episode of The Flash’s fifth season, “The Death of Vibe,” viewers were finally introduced to a longtime comic book staple, the Flash Museum. We only see it via a glimpse of the future told through flashback (confused yet?) from the Flash’s daughter Nora Allen, played by Jessica Parker Kennedy, but there were enough Easter eggs to get fans excited about what else we might see as the season progresses. Here are seven examples from the pages of DC Comics we hope to see more of in a future visit to the Mecca of all things Speedster.

The most famous artifact in the Flash Museum is perhaps the cosmic treadmill, built by the second Flash, Barry Allen, so that he could travel through time, using his own speed to power the machine. According to its original description, it “was powered by cosmic rays and was coordinated with radioactive pulses from a cosmic ray clock. Then it released positive radiation when moving forward, sending its user into the future, and negative radiation when moving backward, sending its user into the past.” Okay sure, why not.

We comics-loving folks argue all the time about which comics character has the best roster of villains. Is it Batman? Is it Spider-Man? X-Men? (For the record, it is Batman.) But the third best rogues’ gallery is easily the Flash’s. You’ve got Captain Cold, Zoom, Grodd, Heat Wave, Weather Wizard, and there’s a whole lot more where those guys came from. All of these baddies have statues on display at the Flash Museum, which is admittedly a bit weird when some of them are still at large committing crimes. But ya know…it’s comics. 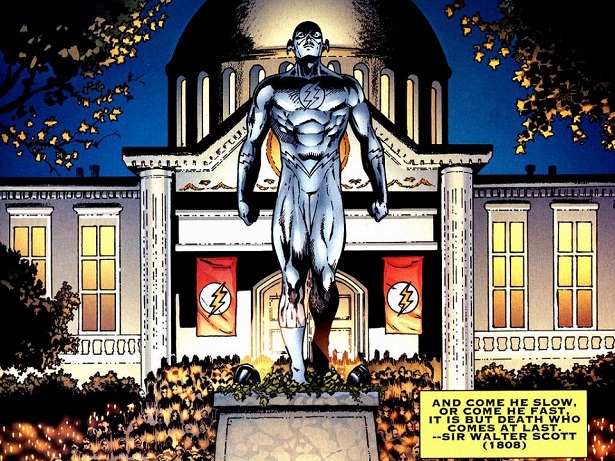 It’s not just the bad guys with statues at the Flash museum. Since the Flashes have a tendency of dying during big DC “Crisis” events, there have been a few memorial statues at the museum over the years. When Barry Allen died saving the universe in Crisis on Infinite Earths, he received a huge one at the entrance of the museum, and when the fourth Flash, Bart Allen, was killed, he got one too. (Both of them got better). There aren’t any dead Flashes yet on the show, but it’s only a matter of time. And when they do kick the bucket, we want to see a statue. 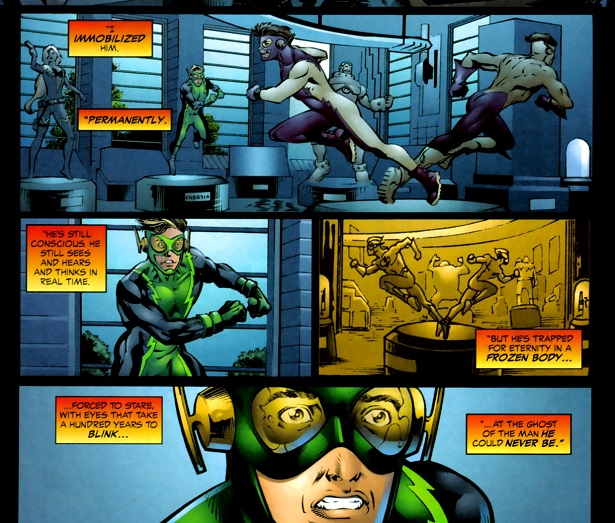 As we just mentioned, there were several statues of the Flash’s various enemies in the museum, but one stands out… because it wasn’t a statue at all. Inertia, the evil speedster clone of the fourth Flash, Bart Allen, is actually on display in the museum. Wally West put him in suspended animation and forced him to look at the memorial statue of the recently killed Bart Allen as punishment for his part in hisÂ protÃ©gÃ©’s murder. Damn, that’s cold, Wally. Who knows when or if this guy makes it to the TV show, but if he does, we want to see this final fate of his.

Keystone City Is the Museum 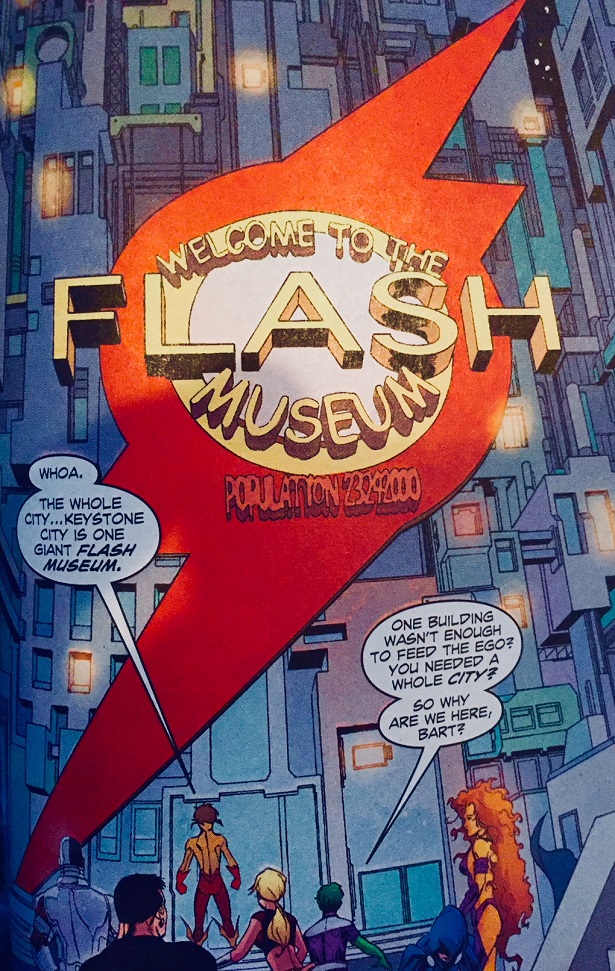 Most of the glimpses of the Flash Museum that we see are in the far future, often as a way of teasing things we haven’t seen play out for the Flash family yet (the television series just did their version of this). The coolest “future moment” surrounding the museum came in the Teen Titans story “Titans Tomorrow,, where we see that years from now, all of Wally West’s hometown Keystone City is converted into one giant Flash Museum. 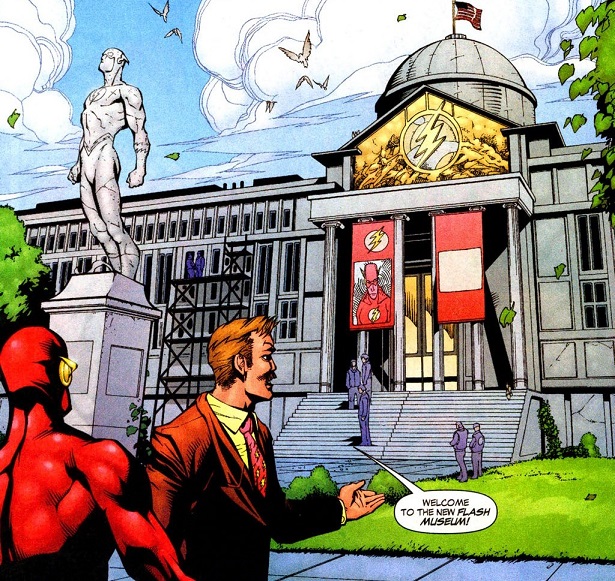 Ever since it made its first appearance, the Flash Museum’s curator was a guy named Dexter Myles, a former Shakespearean actor who was recommended for the job by the Flash after his assistance in stopping a robbery. In the future of the twenty-fifth and thirtieth centuries, the museum’s new curators are two robots named, appropriately enough, Dexter and Myles. Here’s hoping the show skips the actor guy and goes straight to the robots. 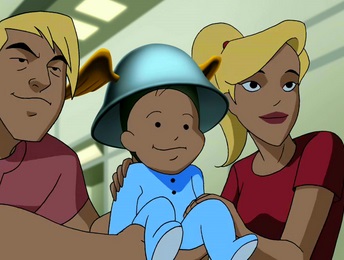 The DC Animated universe created by Bruce Timm did a lot of cool versions of mainstays from the classic comics, and when Justice League Unlimited came on the air, we got to see the Wally West Flash’s museum in the episode “Flash and Substance.” Although we only see glimpses of the displays, we see things like Wally’s Kid Flash costume, a tribute to his race with Superman, and even the original Flash’s winged helmet, which is apparently perfect for posing your baby with.What do you hope to see in a future visit to the Flash Museum? Be sure to let us know down below in the comments.