Want to create your own board game? You need more than big ideas. You need advice from an award-winning, patent-holding game designer. Andy Looney, creative director of Looney Labs, has been making his own games since he modified the board game Battle Cry into a travel version. He was 12 years old. Looney went on to create Fluxx, Pyramids, Chrononauts, and several dozen others. And now he’s about to give you tips you never knew you needed.

Here are six things Looney says you need to know as you design the next Spiel des Jahres winner:

PLAY A LOT OF GAMES

Spend as much time as you can learning what others have done.

Play a lot of different games. See how the mechanics work and see what that designer has brought to that game. Take whatever lessons you think it has for you, and if you don’t see any more, move on. Don’t get hung up on playing any one game too much, as you want to build up a knowledge base. 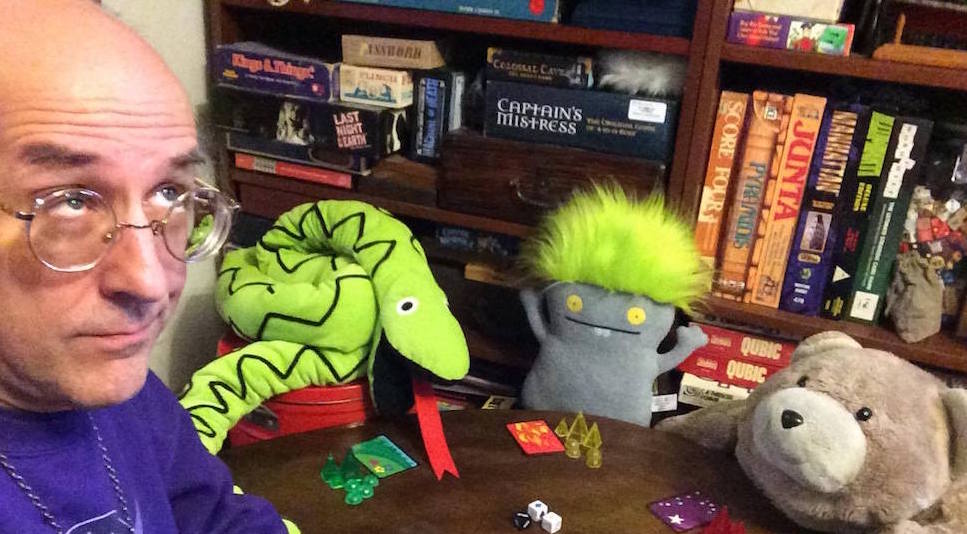 No matter how brilliant you think you are, no matter how good you think your idea is, somebody else has done something like it. You want to see what they’ve already done and how you can make your game new and fresh and better.

If you have an idea, write down your rules and try to make sense of them. It makes you think it through in ways that force you to be concrete about details you might not imagine are an issue.

…BECAUSE YOU MAY NEED TO PROVE YOUR WORK

Keep a logbook of your ideas, a history, a diary of your inventing, just to being able to say, I had this idea on June 14, you see. That kind of record can be very important to proving your intellectual legitimacy.

The proof of [the intellectual theft of the game Threes by the “creators” of 2048] is in a whole series of email and dialogs that the inventors of Threes had. That kind of narrative makes it easy to say, we had the idea and you just copied it.

(NOTE: For the whole horrible tale of Threes, read this.)

Learn to use basic desktop publishing equipment. I use Photoshop, Illustrator, and InDesign. But whether you use professional tools, shareware, or freeware; you need to be able to create card designs or game board designs. Find some clip art. You can’t publish things you grabbed off the Internet unless you have the rights, but Fair Use allows you to make prototypes as long as it’s not for commercial use. That’s how you’re going to get started on making a game—by creating assets.

My big piece of advice: Get to know whole-sheet sticker paper. You can print whatever shape and size that you want. If you’re making cards, you can stick your images onto your playing cards. You can layer together multiple full-sheet labels onto a big piece of cardboard and get a game board that way. You can fold them around a box, and make a game box that way. You can even just draw right on it if you want. And boom, you have a prototype.

I buy Avery sticker paper by the pack of one hundred, and I use it heavily.

Actually, I have different levels of play testing.

I guess, my very first group is me and my stuffed animals. In the very first round of play testing, I’ll be all by myself with a teddy bear as stand-in opponent; if I need more players, I’ll get a couple of different plushies and sit them around the table. Of course, I take their turn for them, and I can get a certain sense if things are working. So Level 0 testing is plushies. 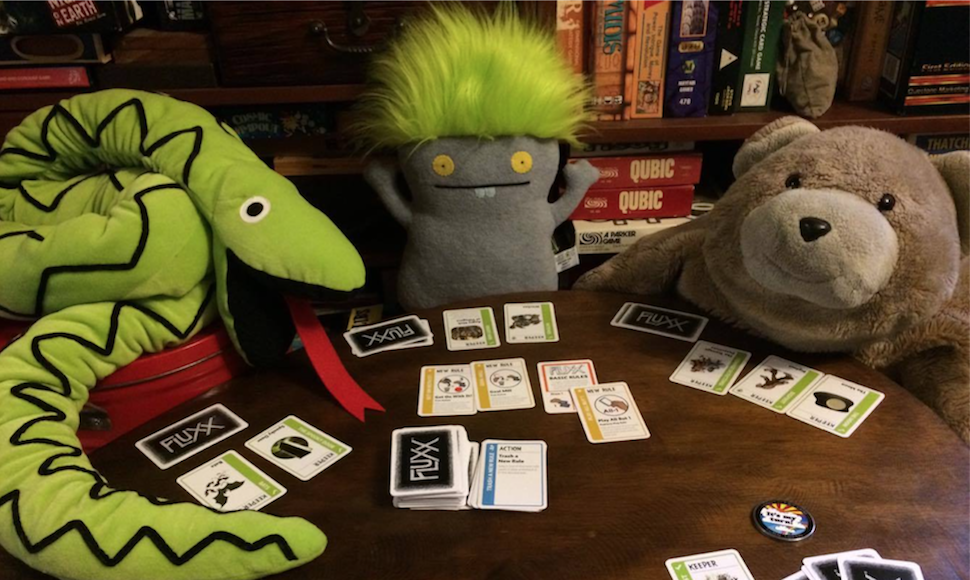 Level 1 is with my close friends, a couple of buddies who come over all the time, and with my wife. And if it doesn’t work at all, they’ll be very forgiving. Maybe I won’t show [the new game] to anybody beyond my core group. Level 2 is my broader circle of friends, people I don’t see as often, and acquaintances. Level 3 is I’ll get it to where I want to try with strangers or at least people who are less likely to give me a break.

That’s what it’s all about. If it’s not fun, you’re not doing it right.