Spring and summer are in the air, and for many of us bravely setting forth on our vacation adventures, that means ROAD TRIP!

If you and the kids are going to be trapped in the car together for hours on end, make the most of it. Turn off the screens for a little bit and take a break with these portable, easy-to-handle games you can play together. (Almost everyone can play them together. But don’t worry, sucker person who’s driving, there’s one in here for you, too.)

Spot It! On the Road 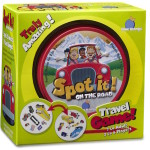 Spot It! is a game that is actually amazing in its simplicity. The goal is to find the matching illustration on any pair of cards; there is always a match, just one, no matter which two cards you’re staring at intently. Spot It! On the Road makes use of a travel theme for the cartoony illustrations on the cards and can easily be played in the backseat.

As a bonus game, kids are encouraged to match one of the symbols on the card with something they see outside. (Ages 7+) 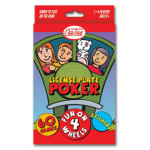 Straining your eyes out the car window to get a glimpse of license plates is a tried and true road trip tradition. With CarTag License Plate Poker, passengers grab a book to play and keep track of what they spot. You don’t even have to remember to stow some pencils in the glove compartment–they’re included in the box.

The rules are similar to the basics of poker, with players looking at license plates to find pairs, three-of-a-kind, and straights. (Ages 8+) 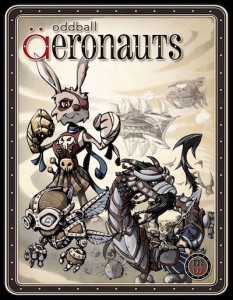 oddball Aeronauts is a two-player card game that doesn’t require a surface to play on, so you don’t have to worry about the kids’ cards sliding off the seats and onto the floor mats. The characters on each card burst with personality and are almost enough to keep your kids enthralled during the drive by themselves.

Kids look at the top three cards on the decks in their hands, choose an attack, and check their score against the other player to see who wins. It’s quick to learn and games play in about 15 minutes. And any amount of time on a road trip you are spared from “Are we there yet?” is invaluable. (Ages 9+) 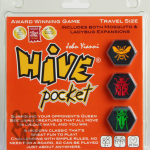 The pocket edition of Hive is very portable and easy to set up, although you might want to throw a tray in the car for the passengers in the back to have a flat surface. If the road will be too bumpy, pack Hive in the car anyway. It can be played easily at the hotel, beach, or wherever your destination.

The goal is to place tiles so that one player completely surrounds their opponent’s queen bee with their own workers. The queen and different insects can be moved in specific ways to surround her. Hive is very similar to chess, so as your kids play their wheels might be turning just as hard as the tires are. (See what I did there?) (Ages 9+) 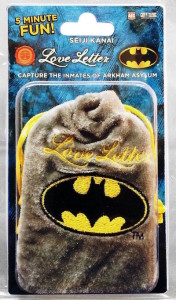 You may have seen the original version of Love Letter on an episode of TableTop. Romance-themed intrigue in a royal court might be a hard sell for the kids, so the Batman edition might be more up their dark alley. (Or Love Letter: The Hobbit, if they are fantasy fans.)

In the Batman version of Love Letter, forget romance. This. Is. Justice. Round up the Arkham Asylum inmates using just a deck of cards that come in a handy pouch. 2-4 players use logic and strategy (kind of like the World’s Greatest Detective himself) to figure out who has which card in their hand.

While the kids in the backseat might need to clear some room in the middle for the cards they discard, this is an easy one to take and play just about anywhere. (Ages 10+) 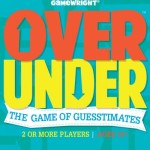 And finally, a game the driver can also play without taking their eyes off the road! Over/Under from Gamewright is part guessing game and part trivia as you make your best estimate. Questions on cards include making your best guess at random factoids like the distance to Pluto and the number of bricks in the Empire State Building.

Once everyone in the car agrees on a number, the person reading the card must decide if the answer is over, under, or the exact amount. Debating how many pizza slices the average American eats in a year will make the long minutes of a car trip fly by, and everyone might even learn a thing or two. (Ages 10+)

Do you have games you love to play on the road? Share your picks in the comments below!