Westworld, one of the best new shows of 2016, captured viewers’ attentions with its incredible effects, a plot full of twists and turns, and a Wild West that is truly wild. Westworld tells of a futuristic Old West theme park where guests interact with robot “Hosts” in any way they please, often with violent results. The intriguing first season just wrapped up on HBO, and the series isn’t scheduled to return until 2018.

But you don’t need a Host to play a Western themed game right now. Roll dice or roll a character in a really wild Western setting with these five games to tide you over under Westworld returns next year. 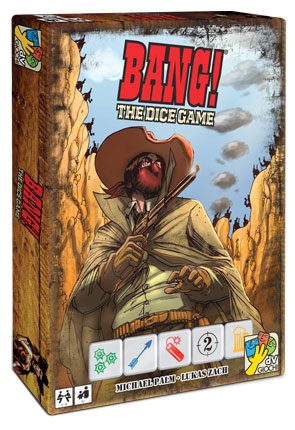 This dice game is almost as quick as a showdown at high noon. Based on the Bang! card games, in this standalone game players take the roles of sheriff, deputy, outlaw, or renegade. Other than the sheriff, your identity is kept secret. Players also take character cards for special abilities to be used on their turn. Character cards also determine the amount of bullets, or life points, you’ll have for the game.

A roll of the five dice gives players the choice of which dice to keep and which to push their luck for a total of three rolls. The dice determine if you’re attacked, gain or lose life points, or choose to attack or help a fellow player. Depending on your role, you have specific characters to target in order to walk away the winner. 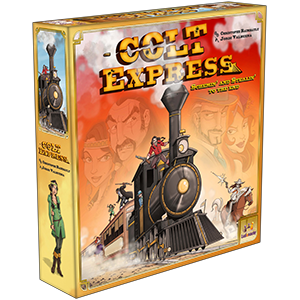 Guests in Westworld find themselves in a dramatic train race across the scorching landscape, and you can too in this one-of-a-kind board game that comes complete with a 3-D cardboard train. (There are even little pieces to decorate around the train for added Western flair.) Players hop from train car to train car in a competition to score the most loot.

One each turn, players choose their bandit’s actions by drawing cards. Once all players have selected them for the round, the little wooden bandits begin their actions. Depending on the bandit persona you chose, you’ll also have special abilities. While grabbing loot is always fun to do a game, it’s the ability to mess with other players’ turns that really puts the wild in Wild West in this unique game. 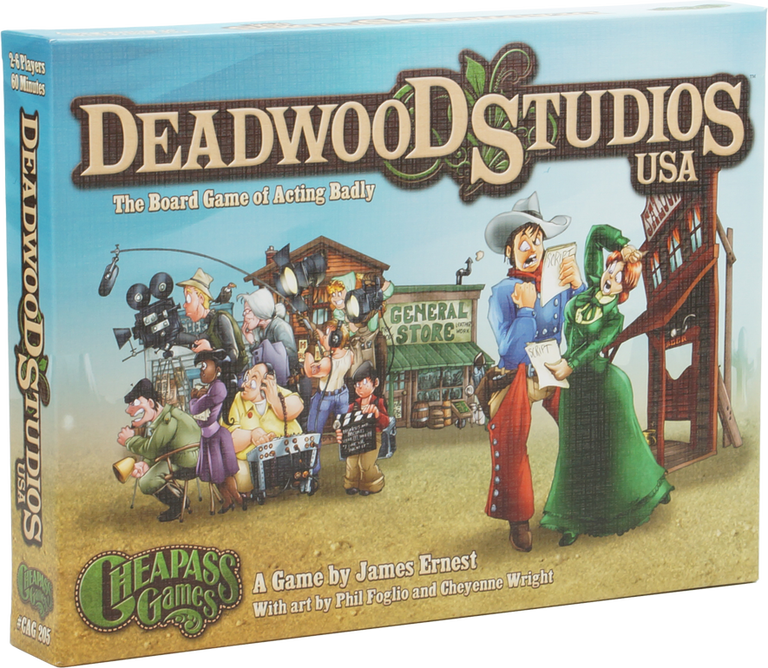 You probably want to actually play a character in the Old West like the guests in Westworld, but how about playing a game as a character filming a Western like Westworld? So meta. In Deadwood Studios USA, you become an actor–a bad actor at that–vying against your fellow thespians to film scenes on an Old West movie set.

Actors have four days to complete their scenes. During the day, players visit different sets to work on different movies, using the money and fame earned by completing scenes to get bigger and better parts. When you’re ready to act, a roll of a dice determines if you succeed at chewing the scenery or fail and deliver a Razzie-worthy performance. (Seriously, you’re bad.) There are even lines for players to deliver with gusto when it’s time to film. 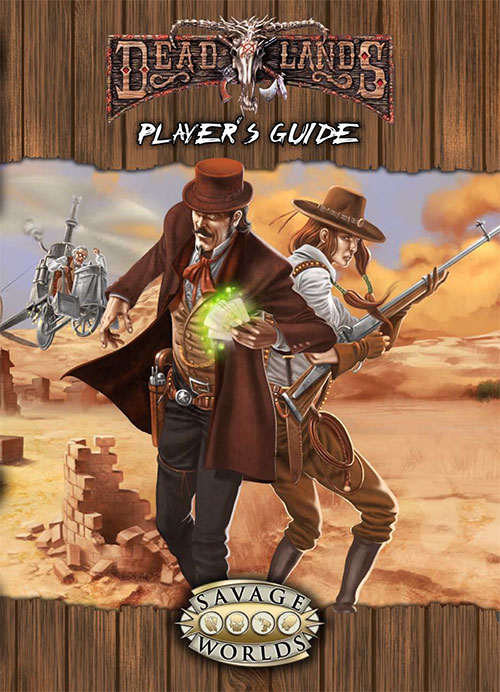 If you’re really looking to immerse yourself in the Wild West–make that the Weird West–there’s probably no better game for it than Deadlands Reloaded. Like Westworld, things aren’t always what they seem in the smoky, dark saloon or on the dusty streets of town.

In this alternate history tabletop RPG, the setting is an 18th century in which the Civil War ended very differently. Disgusted with the war, Native American shamans performed a ritual that came to be known as The Reckoning, opening the Earth to the spirit realm. The results were catastrophic: an earth-shattering earthquake decimated California, magic and the undead now permeate the Wild West, and the Civil War resulted in the splintering of the country. 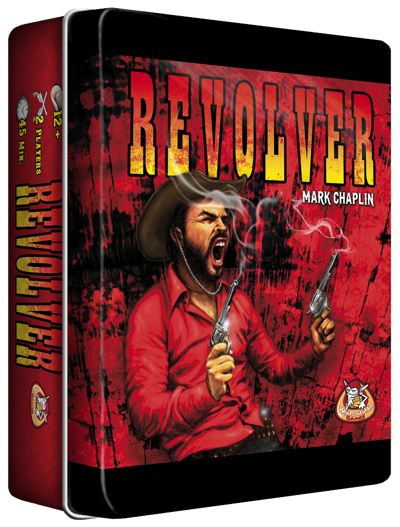 In this two-player card game set in the 1890s, one player takes the side of the law and the other the robbers that just took down a bank–and a few innocent bystanders. The game progresses from robbery to getaway, and it’s up to the lawmen to take out Jack Colty and his gang before they make it to the train. If the outlaws make their escape, they win the game.

Each player has their own deck with different cards and abilities. On each turn, the player draws two cards and plays them in the current gunfight location. This combat-heavy card game pits gang versus gang. Can you play your cards right to make it out alive?

What kind of character would you be in the Wild West or Westworld? Tell us in the comments.