The holiday season is here, and with it a bevy of Christmas programming to satiate all of our celebratory needs. There are countless new Christmas movies to discover, holiday-themed episodes of television to devour, and old classics to revisit. There are also a swath of Christmas specials that air on television this time of year, ranging from Disney’s Magical Holiday Celebration to the White House Christmas tree lighting ceremony to seasonal cooking competitions.But if you’re looking for some Christmas specials that are a little less traditional, we’ve compiled five programs to keep your eye on this December.

Airdate: December 7 at 8PM EST/PST on VH1This special will reunite eight fan-favorite queens, who will go head-to-head in the Werk Room, lip-synching to two of RuPaul’s Christmas albums: “Slay Belles” and “Christmas Party.” If you’re a fan of the show, this sounds like the perfect gift. Even better, Todrick Hall is set to choreograph the numbers. We’re ready to “slay the season,” as RuPaul says in the promo above.

Airdate: December 13 at 9PM EST/PST on TLCWe wish we were making this up, but alas, it is real. The popular TLC series featuring dermatologist Sandra Lee is all about, you guessed it, pimple popping. Lee first gained popularity on YouTube before getting her own show on TLC, where she extracts cysts, squeezes blackheads, and performs skin-related surgeries. We’re told people like to watch this stuff, for whatever reason. Now, those people can spend their holidays covered in puss with this hour-long Christmas special. “With her office decorated in all the usual holiday trimmings, Dr. Lee and her elves will ensure a merry good time for all as they squeeze, pop and extract their way to better looking skin,” says the press release. Happy Holidays, indeed! 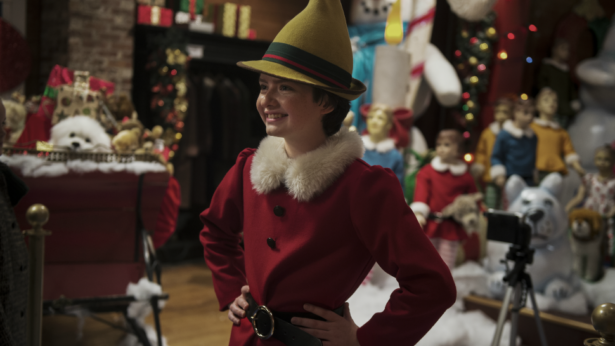 Airdate: December 14 on NetflixNetflix threw us a curveball when they announced their new series The Chilling Adventures of Sabrina would air a Christmas special in December. The episode will show how Dark Lord worshippers celebrate the holidays, and will feature flashbacks to a young Sabrina (played by The Haunting of Hill House‘s McKenna Grace), and guest appearances by a warlock version of Dorian Gray and Buffy the Vampire Slayer‘s Alexis Denisof as Mrs. Wardell’s boyfriend. “You never know who’ll drop down the chimney,” Netflix teases in their press release for the episode. We can’t wait to see how the freshly evil Sabrina will celebrate.

Airdate: December 19 at 10PM EST/PST on Pop TVThis breakout Canadian sitcom has been making waves through the States this year. The show follows a once-wealthy family who loses all of their money and are forced to move to the titular town to rebuild their lives. Eugene Levy and Catherine O’Hara star as the heads of family, which is as delightful as it sounds. The show will wrap up its celebrated fourth season with a holiday special, where the Rose family decide to throw a Christmas party like they did in their wealthier days. Hijinks are sure to ensue.

Airdate: December 19 at 10:30PM EST/PST on TBSSamantha Bee’s politics can be polarizing, but if you’re here for her brand of no-nonsense humor and biting commentary, this is the holiday special for you. The undoubtedly irreverent program will raise money for migrant families separated at the border, will feature surprise guest appearances, and will show Bee getting ice skating lessons from Olympic medalist Adam Rippon.