Hold onto your wallets people, Nintendo has announced a ton of new games for the Switch including some revamped titles, loads of cuteness, and new ways to play with the system!  According to  Doug Bowser, Nintendo of America’s Senior Vice President of Sales and Marketing whose name is spot on for his role, “The announcements for Nintendo Switch keep coming. With the additions of new games in the Animal Crossing and Luigi’s Mansion series, as well as a surge of new games from our development partners, there really is something for everyone in the ever-growing Nintendo Switch library.” I’ve gone through all the announcements and boy oh boy am I super excited for the upcoming games. Here are a few of the titles I’m saving up my gold coins for:

I adore the Super Mario Party games. They’re often a staple of entertainment at my parties because they have a ton of different mini-games baked in and are a blast to play. This latest edition of the game promises to bring a lot to the table as it has 80 brand new mini-games, some new items to pick up, and a new mode called Toad’s Rec Room. This special mode lets you connect multiple Switch consoles to play anywhere. These games include “Banana, Split“, where players rotate two Switches to match up pictures of bananas as fast as they can, and “Shell Shocked Deluxe” which is a two-versus-two mini-game where you are tiny tanks that fire missiles at each other. 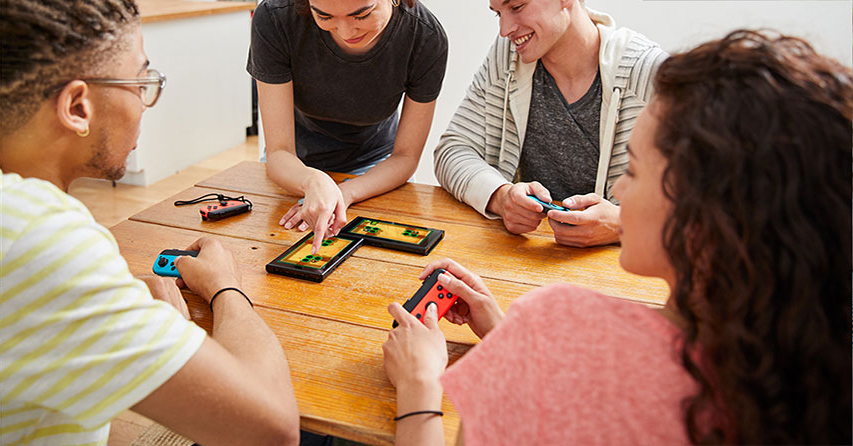 We can’t wait to see what other innovate ways Toad’s Rec Room will find to combine systems, but the regular mini-games look amazing too. I’m particularly pumped for Slaparazzi, a game where you want to be the in the middle of a photo and you can do whatever it takes to get there. Bring on the snapshot skirmish!  Super Mario Party comes out October 5th.

Game Freak, the developer behind the Pokémon series, has a whole new game coming out! This a turn-based RPG takes place entirely in one village that has known peaceful times until very recently when monsters started appearing. You and the other villagers from town must fight off the monsters and try to discover why they started attacking in the first place. 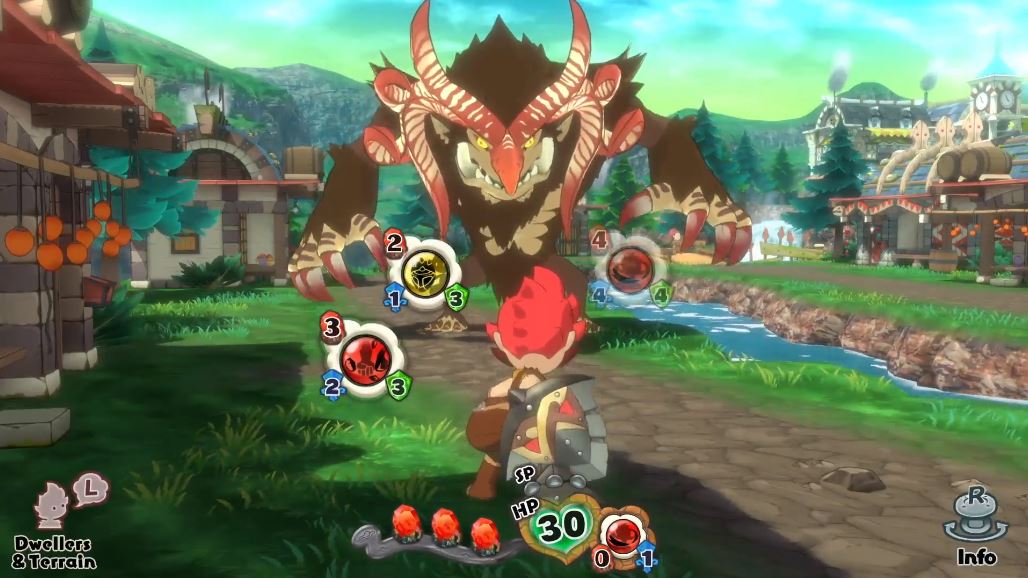 With the game focused in one small location, I’m hoping that you’ll really get to know the NPC’s and develop a richer experience than many adventure games on the market. Town will be releasing sometime in 2019.

A whole bunch of super-cute Final Fantasy games are on their way to the switch! First up, you’ve got the chibiriffic Crystal Chronicles Remastered, a cooperative Final Fantasy game that came out for the Gamecube back in 2003. It’s got a brand new online multiplayer mode and some exciting new dungeons to explore.

Want more chibi-style fun? Check out Final Fantasy XV Pocket Edition which recently launched on the Switch. It’s cuter and simpler, but still has plenty of action to keep you busy. Still craving more chibi? Well, Nintendo aims to provide. They’ve announced World of Final Fantasy Maxima which is an upgraded version of World of Final Fantasy, an adventure game designed to be fun for the whole family and includes characters from many of our favorite Final Fantasy titles. You’ll be able to get your hands on this one come November 6th. 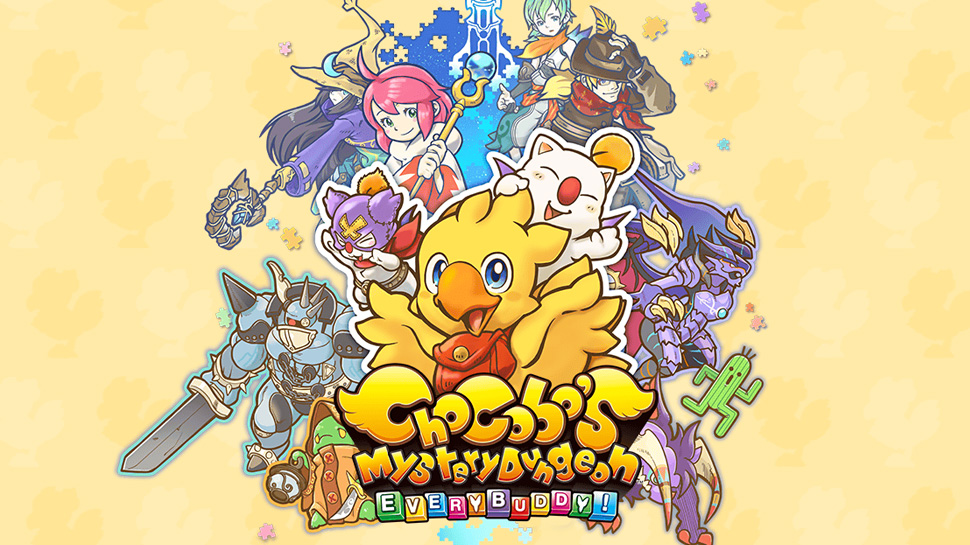 How does Luigi keep getting involved with these specter-laden mansions? No matter the reason, Luigi is back in action; exploring spooky estates and busting the ghosts and ghouls despite his less-than-courageous nature. While there are scan details about this game, the Luigi Mansion games are more goofy than scary and a delight to play. Luigi’s Mansion 3 starts haunting the Switch sometime in 2019. 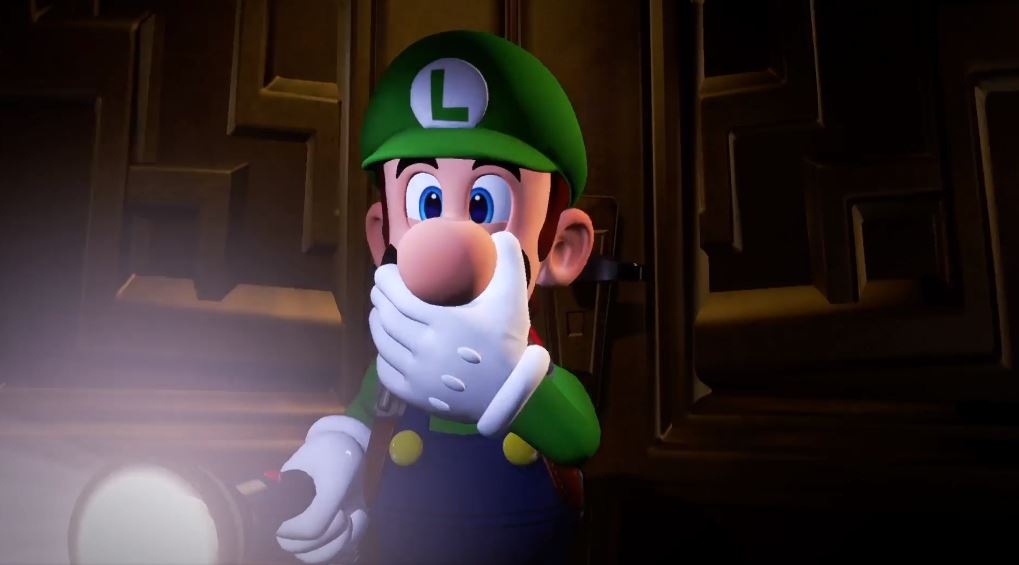 The Katamari Damacy games are so sublimely kooky and I adore them. Where else can you play as an inch-high space prince trying his best to clean up his father’s mess (after a drunken bender which wrecked the cosmos) by rolling up everything on earth, from randomly abandoned stationary to entire oceans, to create new stars and planets? It’s bonkers, but it works. 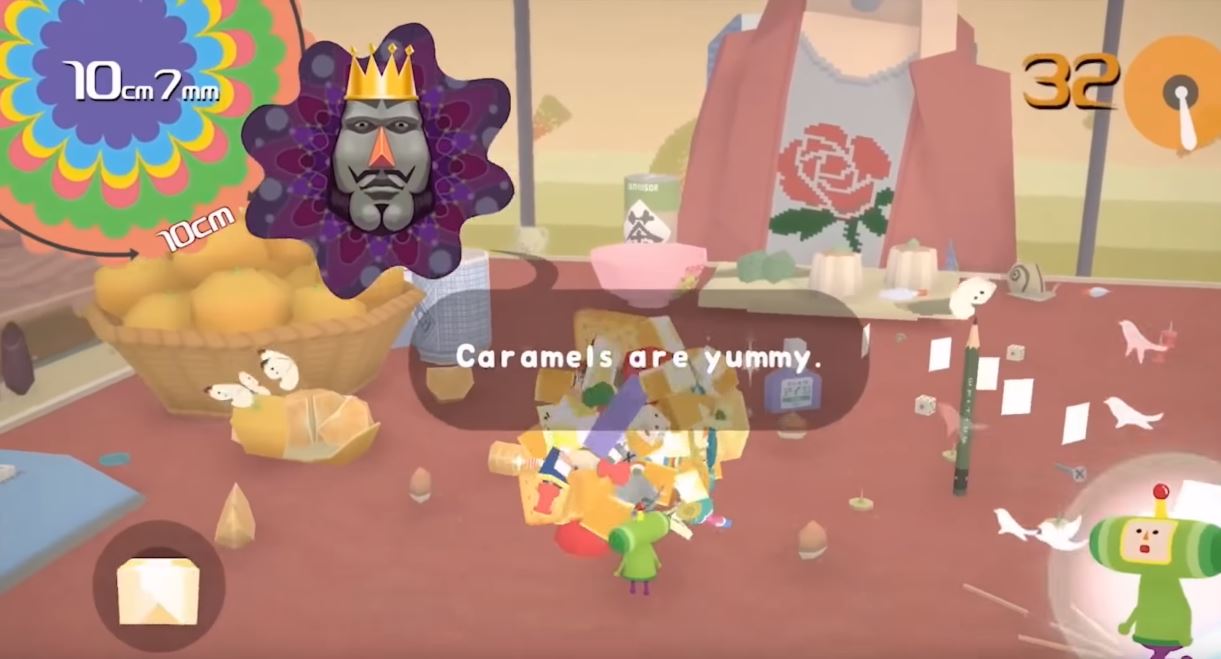 Nintendo has announced they are bringing back the first Katamari game with all new HD Rumble, gyro control, and multiplayer support with the Joy-Con controllers. While it isn’t a new game in the series, Katamari Damacy was such a ridiculously fun game to play that I CANNOT WAIT for it to release on the eShop on November 30th.

There are a lot of other great titles coming to the Switch soon. Which ones are you salivating over? Let us know in the comments below and be sure to tune into Game Engine on Twitch and Alpha for more video game goodness every Tuesday starting at 4PM PT.