5 Tabletop Games You Actually Should Play in a Zombie Apocalypse

I’m obsessed with zombies. If you can show me a game, movie, or TV show with a zombie, you can bet your bottom dollar that I’ll be interested in it. So naturally, I was incredibly excited when Fear the Walking Dead premiered. I made sure to clear my schedule for Sunday nights, and I’ve been faithfully watching it each night, but the fan reception hasn’t been the most positive. Some argued that the character development was off, others say the pacing was jarring, but there was one moment in particular that caused the entire fandom to utter a universal grunt of confusion: when Madison decided to play a board game with her kids, Nick and Alicia, as the world grew more and more zombie-infested right outside of their door. The scene felt weird, but the most puzzling question of all revolved around Madison’s game choice: Monopoly. 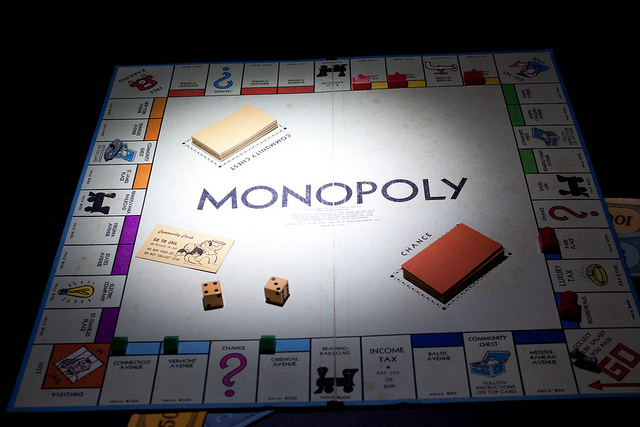 Yes, the notorious game that lasts for hours, brings out the absolute worst in every human, and has been destroying relationships since its inception. Monopoly teaches players to be divisive, to grab power and money, to build an empire, and to get to the top by whatever means possible–even if it means buying out a corner of the board so your friends and family have to get through a literal [editor’s note: figurative] hell just to pass through and reach ‘Go’ again.

In a zombie apocalypse, you need to know how to survive, collaborate, make hard choices (that don’t always serve your needs first), and how to shine under pressure. Judging by the amount of people who have watched their loved ones rage quit a Monopoly game, I’d say Monopoly isn’t the best game choice to learn those vital skills. Happily, we here at Geek & Sundry are a fountain of game recommendations, so I’ve compiled a more appropriate list for the inevitable zombie apocalypse. These games are not only more fun and less friendship-ruining than Monopoly, but they will also teach you skills that are priceless in a zombie apocalypse. Pay attention to these games, and be sure that you have them in your survival kit. Remember, a well-stocked bug out bag has canned food, bottled water, a first aid kit, and some solid tabletop games. 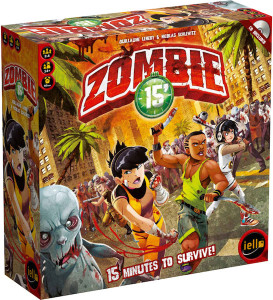 This game is perfect for zombie apocalypse training, and it’s perfect for post-apocalyptic family game night fun! Zombie 15′ is about a world where everyone over the age of 18 has become a zombie. Players not only must survive, but they must work to find answers about the horrific plague infecting the world’s adults. It’s biggest asset to zombie-prepping players is that it forces you to think quickly, act fast, and cooperate with your team as seamlessly as possible. Once the world becomes overrun with hordes of the undead, you’ll want to be sure that you can remain cool under pressure, think fast, and work well in a team.

Dawn of the Zeds 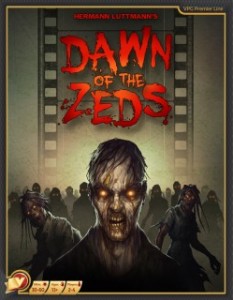 While surviving in a group is ideal, it’s likely that you will be on your own for varying amounts of time as you fight the undead for survival, or that you will be called to lead a group, which can also be a lonely job. In Dawn of the Zeds, you are fighting hordes of zombies as you wait for rescue from the National Guard, and coordinate defenses of the nearby towns while you wait. This game not only helps you figure survival on your own, but it also helps teach you how to empower others to survive when you find yourself in a leadership position. After all, Walking Dead fans have seen enough of The Governor to know that it doesn’t take long for a position of power to completely destroy a survivor. 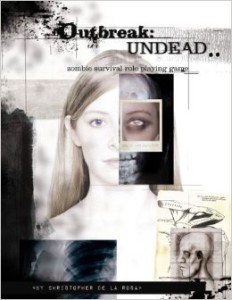 Playing a role-playing game is a great way to prep for outrageous situations, and Outbreak: Undead is the perfect option. With loads of zombie outbreak scenarios to choose from, you can test out the waters of all sorts of different zombie apocalypse scenarios. Even better, the game is based in reality. So while you’re fighting walkers, you also have to account for things like pain, empathy, creating weapons, levels of experience, and personality types. Even cooler, this game allows players to take on a personality type or play as themselves by using the S.P.E.W. Test to determine their stats. That’s some actual zombie survival training, kids. I suppose you can think of this game as a zombie apocalypse test drive. 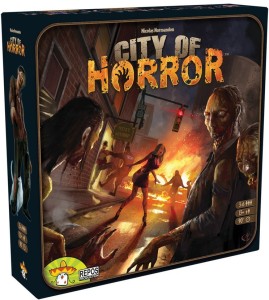 The gruesome reality of a zombie apocalypse is that hard choices must be made. In City of Horror, players are forced to survive at all costs, even if it means putting those around you in danger. While it seems grim, survivors in an actual zombie apocalypse will be faced with impossible scenarios. Often times, you don’t have the luxury of time to mull those choices over and make a solid pro/con list (my decision making method of choice). Playing a game that trains you to be able to make those tough choices quickly, even if they break your heart, will only prove to be an asset when the walkers come. 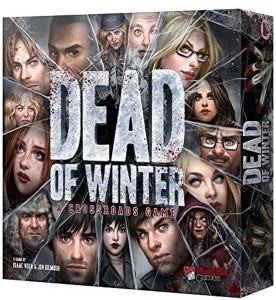 The ultimate problem that comes along with surviving a world-ending event is the need to rebuild society and deal with other survivors. Attempting to reform a society after its complete destruction is hard. Not only are you dealing with the zombie threats outside of your city walls, but you are also having to deal with the powder keg of humanity within them. Collaboration is key, but it’s often more challenging than downing a walker. Dead of Winter helps you prep for the challenge of dealing with members of the living and the undead.

What games do you think are vital in prepping for a zombie apocalypse? Give me your recs in the comments!