Did you know kids’ tabletop games don’t have to be dismally tedious choices like Chutes & Ladders or Candy Land? (Just thinking about Candy Land makes my eyelids feel heavy.)

And, you might find this even harder to believe, but there are kids’ games out there that are “educational” without being boring. Wait, don’t click the Back button! I’m serious. These are actually fun games.

With these picks for young kids in pre-kindergarten to third grade and beyond, everyone in the family will be entertained—and you can even sneak in some learning at the same time. 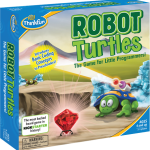 After a hugely successful Kickstarter campaign, Robot Turtles made the leap into Target stores nationwide in 2014. The board game, which is aimed at encouraging early programming skills in preschoolers, is as simple or complicated as you make it. Parents typically play the part of the course designer or the computer, and kids are the programmers.

Set up obstacles and a path to a goal in the form of a jewel, and kids must instruct the turtle which way to go with a series of commands (cards) to reach it. They’ll get some practice problem solving and play with logic and math as they plan the steps they need to take.

This is a game that purposely depends on parent participation, but you’ll never be bored as you never have to play the same way twice. Additional cards, commands, and challenges make this a board game that grows with your kids. (Pre-Kindergarten to Grade 2) 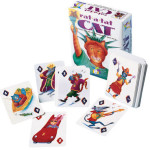 This simple card game has a unique goal for a kids’ game: Get the lowest score possible. Rat-a-Tat Cat from Gamewright is a perfect game to pick up and take anywhere, and introduces some strategic thinking for young kids while working on their basic addition skills.

Rat-a-Tat Cat cards feature crazy cat characters paired with numbers from 0 to 9. Not only do players have to keep track of the numbers hiding beneath the facedown cards, but they have to constantly add them together to make sure their scores are staying low. Older kids will enjoy the challenge of also trying to guess their opponent’s score when deciding the best time to show their hand. (Kindergarten – Grade 2) 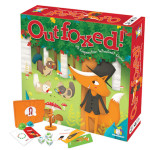 It’s a whodunit for kids that doesn’t involve murder (ahem, Clue) or mayhem. Outfoxed! is a cooperative game from Gamewright that has all players working together to solve the mystery of the missing pie. There’s no one winner of the bright and colorful game, as everyone is solving the clues together to stop the culprit from getting away.

Kids must use deduction and reasoning to rule out suspects based on the clues they find. And, if they’re anything like my daughter, they’ll find the ingenious “evidence scanner” endlessly fascinating. (Kindergarten – Grade 2) 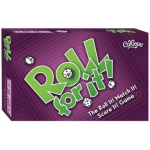 You’ve seen it on Tabletop, but did you know kids can also get in on the Roll For It! fun from Calliope Games? While recommended for kids ages 8 and up, children as young as first graders can take part with just a little bit of help. They’ll be rolling and matching dice along with you, and even better, practice adding up and tracking their scores as they claim cards for their own.

Kids can even work on their strategic thinking (or, as Wil Wheaton puts it, their trolling skills) as they determine which cards to go for and which cards to steal with their rolls of the dice. (Grade 1+) 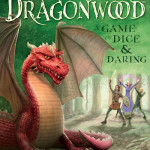 If you’re looking for a game to introduce kids to a game in a fantasy setting without it being overwhelming, enter the Dragonwood. Again, this family-friendly game from Gamewright is recommended for ages 8 and up, but slightly younger kids can play with your help.

Rolls of the dice give players three attack options to capture the cards on the table. Kids will work on their math skills as they collect cards that form patterns and calculate the rolls they need to claim the cards on their table for their own. They can even practice reading new words like “angry ogre” and “ghost disguise.” Even better, Dragonwood introduces some strategic thinking that keeps all players on their toes as they devise the perfect hand of cards to take down the dragons. (Grade 1+)

Do you have a favorite game for family game night that also sneaks in some educational benefits? Share your recommendations with us!

All other images courtesy ThinkFun, Gamewright, and Calliope Games.

Game of Thrones
Are Westeros Dragons Too Big to Fly? Someone Did the Math
Melissa T. Miller
4 MIN READ