5 Stories to Prepare You for SUPERGIRL - Nerdist

5 Stories to Prepare You for SUPERGIRL

Next March, The Man of Steel and the Dark Knight Detective will do battle in Batman v. Superman: Dawn of Justice. For those of you that would like your Kryptonian fix a little early, there’s good news. On October 26th, Supergirl will have its series premiere on CBS. Starring Melissa Benoist (Whiplash), Supergirl tells the story of Kara Zor-El, Superman’s cousin, as she attempts to make a name for herself in National City.

And while most of you know Clark Kent, Kara Zor-El (Earth name: Kara Danvers) might be a mystery to you. Here are five stories that will give you insight into just who this character is. 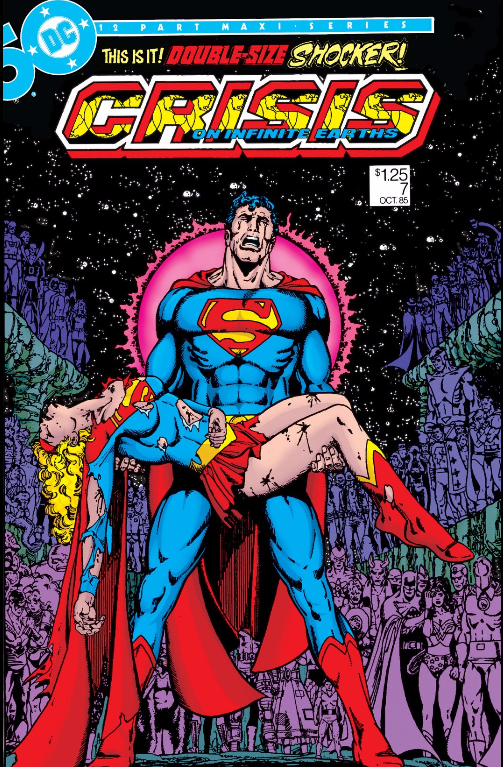 Heroes from multiple earths cross into the Anti-Matter universe to stop the Anti-Monitor from destroying parallel universes and absorbing their power. Eventually, the battle comes down to the Anti-Monitor and Superman, who is knocked unconscious. After getting her cousin to safety, Supergirl takes on the Anti-Monitor herself, stopping his plan but sacrificing her life in the process. After a hero’s memorial in Chicago, Superman takes her body into space, her final resting place. Kara Zor-El would not be seen again in continuity until 2004.

This is an important story for two reasons. One, it shows that—like her cousin—Supergirl was willing to give her life for the greater good, making her just as brave and inspiring a hero as Superman. She also represents a small section of heroes that died and were never resurrected. She was reintroduced in 2004, but unlike Jason Todd or Bucky Barnes, she never received the customary “back from the dead” storyline. It’s one of the few times death in comic books had actual stakes. 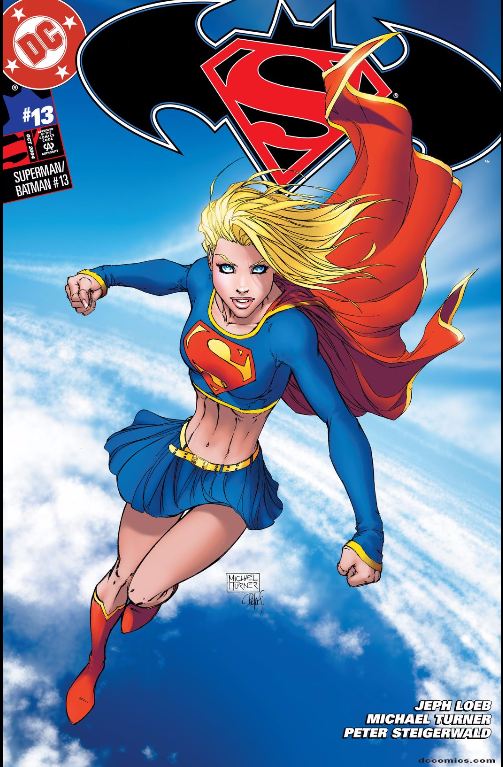 Since her death in 1985, there were many incarnations of Supergirl, but none of them were Superman’s cousin. That changed in 2004 when Kara Zor-El made her Post-Crisis debut in Superman/Batman #8. According to this story, she was sent to Earth at the same time as her younger cousin Kal-El to help raise him. An accident with her shuttle kept her in a state of suspended animation until an accident revived her years later in Gotham City.

This story gives the reader an updated version of her origin—something that’ll come in handy for the TV series—and it shows how willing she is to learn and be just like her cousin. What sets this origin story apart from others is that she is not just mentored by Superman, but also by the other two members of the DC Trinity, Wonder Woman and Batman. These issues showed that not only was she willing to stand up to the greatest heroes in the world, but that she is willing to learn from them as well. NOTE: You can also watch this story unfold in the DC Animated feature Superman/Batman: Apocalypse. 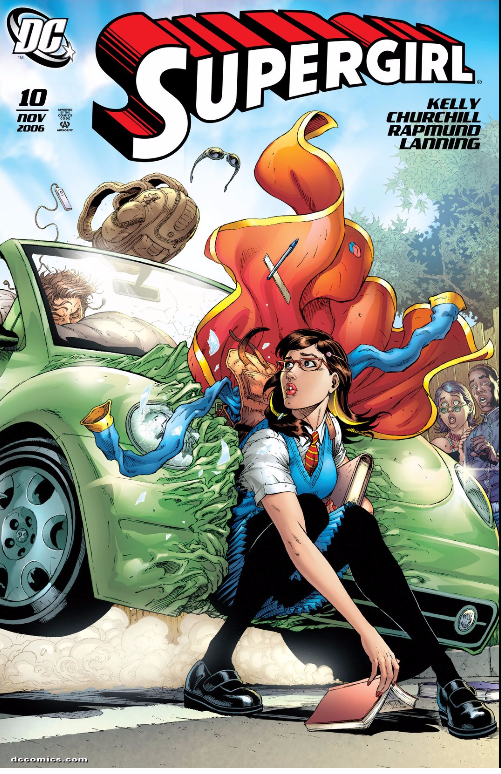 This is not only my favorite Supergirl story, it was one of my favorite comic books ever. In an attempt to blend in, Kara disguises herself as “Claire Connors” and begins attending high school. But even with her superpowers, she falls victim to the same things other normal high school students go through: cliques, gossip, bullying, etc. There is  a twist at the end of the book that delves into the whole “judging a book by its cover” cliché, but it is done really well. This story shows that Kara, even being Supergirl and not of this planet, is has the same type of emotions and feelings any teenager her age might go through. It’s a very humanizing story for a larger than life character.

This story is one of my personal favorite because with the twist at the end, it made me think about my own role back in high school. When I was giving people a hard time, did they know I was just joking around? Or did they think I was intentionally hurting their feelings? The things this story made me think about regarding who I was as a teenager stuck with me for a long time afterwards. 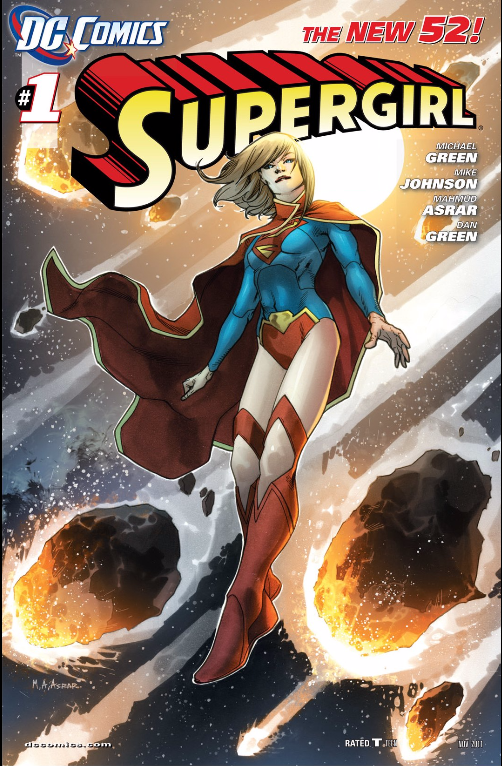 In 2011, DC rebooted their entire line, dubbing it The New 52. Supergirl was not immune the the reboot, either: receiving a revamped origin story. While still released from suspended animation years after she was supposed to follow Kal-El to Earth, this version of Kara is a lot more headstrong. She attacks some humans upon her release, and does not believe Superman to be her cousin. This story shows Kara attempting to make it on Earth without anyone’s help. While previous stories show her being mentored by her famous cousin, this twist shows that the Girl of Steel is more than capable of being a hero without anyone’s help. The fact she makes it through this entire arc without having learned English—while still trying to understand what is going on around her based on instinct alone—is a heroic feat in itself. 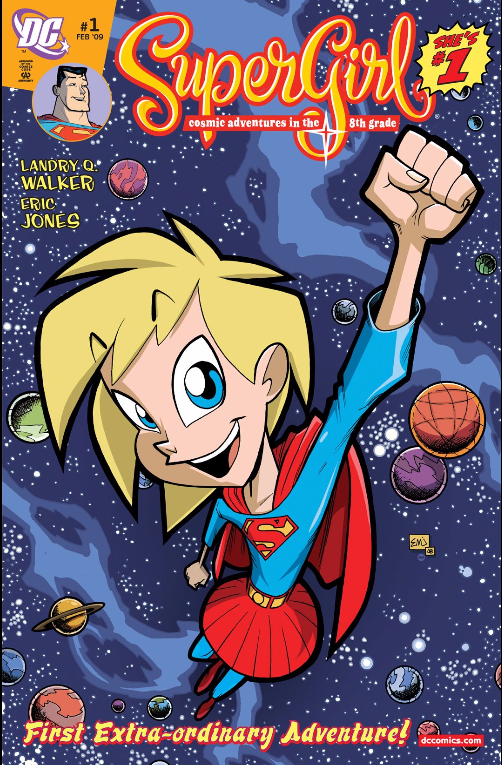 An all-ages story, Kara comes from the moon of the planet Krypton that was blasted into another dimension when the planet exploded. Hiding in a rocket her father sent to Earth to get a message to Superman, Kara is now stranded on our planet while Superman tries to find her a way home. He sends her to the Stanhope Boarding School where she takes on the identity of Linda Lee. These adventures tell Kara’s tale as she tries to balance being in the 8th grade and also a girl of superheroic origins. Oh, and the fact that her roommate is the younger sister of Lex Luthor doesn’t help matters any, either.

Whether you are 8, 18, or 88; this story shows that Supergirl can appeal to everyone with humor, adventure, and even a little bit of life lessons.

These five stories show some of major aspects of Kara Zor-El’s character: Her willingness to sacrifice, her origins, her humanity, her self-reliance, and her appeal to anyone regardless of who they are. There are a plethora of stories featuring Supergirl, but these will help you get a better understand of just who you’ll be watching come October 26th.

So what do you think? What stories do YOU feel help define who Supergirl is? Let me know on Twitter or in the comments below.