5 Series to Expand Your View of What Comics Can Do

Like plenty of American geeks, I’ve been reading titles from those two big superhero universes since before I can remember. Honestly, one of my earliest memories is leafing through a special where Spidey grapples with the Juggernaut. However, when I started having aspirations of writing comics of my own, my tastes broadened, and I’m grateful to have encountered titles like these that truly expanded my sense of what the medium is capable of. If you’d like to start making comics yourself, I heartily recommend hunting these down to see the drastically different ways it can be done. 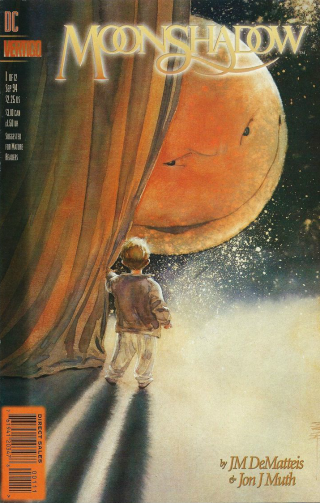 This fabular, fully-painted series from J. M. DeMatteis and Jon J. Muth predates Vertigo, and it’s also unlike anything else offered by Marvel’s bygone adult-oriented Epic line. It’s a coming-of-age father and son story, where the boy happens to be a literal star child, randomly sired by what’s essentially a Vonnegut-esque alien bouncing ball. Very much a space opera of the Love Generation, Moonshadow keeps a dreamy surrealism throughout, freely shifting from whimsical fantasia to nightmarish satire. Thoroughly literary, with copious allusions to a whole library of classics, the series is more deliberate in its pacing, and far more interested in mood and evocation, crafting a true experience rather than an anxious plot. 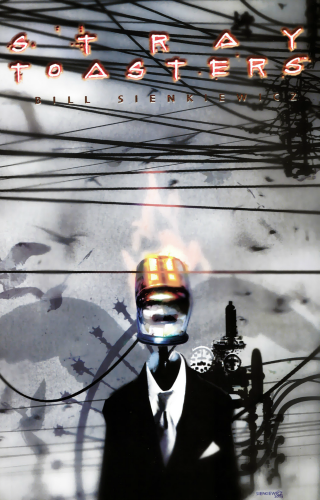 Bill Sienkiewicz’s mangum opus defies definition, pretty much by design. At the start, one can follow the case of a criminal investigator probing a series of a killings. As he delves further into madness, however, so too does the book. After multiple re-readings, I’m not entirely sure where the titular toaster-headed men come from, or what the significance of the postcards from the devil is, but I’m probably not meant to. While Sienkiewicz switches up media and art styles in other outre collaborations like Elektra: Assassin, he works alone here, and is free to chase every one of his muses. Scenes are rendered in completely different styles, and no two page layouts are alike. If there’s more than one way to skin a cat, when it comes to telling a story in comics, at least a hundred different cuts are on display in just this one series. 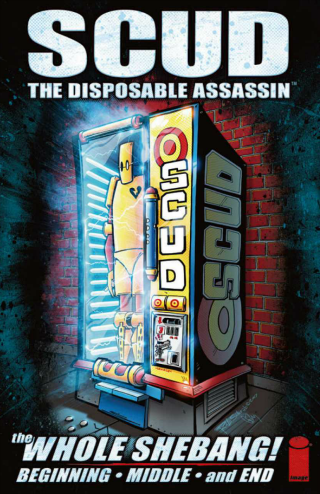 Long before he was directing episodes of Community, Rob Schrab created one of the zaniest series to ever hit the indy comics scene. The basic premise of a one-use killer robot fighting to keep his one-and-only target alive (because he’ll deactivate if ever the victim perishes), woefully undersells how madcap the story is. Scud feels like a feverish lucid dream, most likely brought on after eating twelve bowls of sugary cereal and watching 24 hours of Saturday morning cartoons. It plays by its own offbeat rules and, in doing so, shows how rigid and stifling those much-venerated “rules” of storytelling can be. Also, after a real life ten-year gap between chapters, Schrab truly spills his veins on the page and shows how even an off-the-wall farce can still be more autobiographical than even the most down-to-Earth slice-of-life comic. 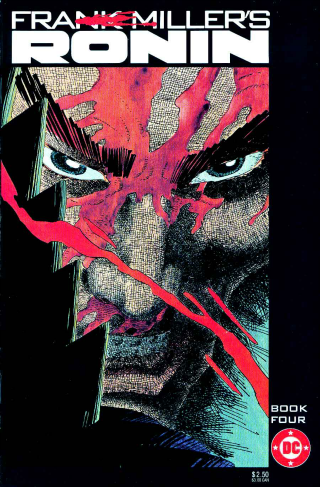 More than anything, Frank Miller’s first creator-owned work is a mesmerizing example of how no two elements are ever too disparate to be blended together. Many appraisals of this series focus entirely on the influence taken from manga, but that’s to neglect the equal influence of European graphic albums by master cartoonists like Moebius. With the story of a time-lost warrior re-emerging in a future dystopia controlled by an ancient demon (which should sound very familiar to Samurai Jack fans), Miller blends jidaigeki with cyberpunk so freely, the mash of genres seems perfectly natural. It also shows there’s no reason an urgent, brawny, bloody thriller can’t still offer plenty of weighty, Freudian psychodrama to chew on. 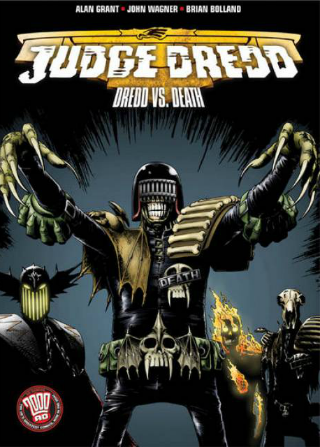 Plenty of top British creators got their start in 2000 A.D. Magazine, and it’s easy to see how the anthology’s tight restrictions drilled a discipline for lean pacing into them. Rather than 22-page issues, stories are told throughout six-page installments. No time for dilly-dallying. Creators have to get the “thrill-o-meter” spiking immediately, and keep it spiking. If you read no other Dredd comic, the introduction here of his nightmarish arch foes, the Dark Judges, is a perfectly self-contained taste of what the big man is about. With a breathless pace, there’s a real sense that the team’s doing its damnedst to one-up themselves in every chapter for the sheer pleasure of the reader.