5 Big Secrets from GAME OF THRONES' Crypt of Winterfell - Nerdist

5 Big Secrets from GAME OF THRONES’ Crypt of Winterfell

Game of Thrones took viewers to the Crypt of Winterfell in its very first episode, when King Robert Baratheon insisted on visiting the tomb of Lyanna Stark minutes after arriving at the Starks’ castle.

Since then, the crypt has been a place for the Stark children to hide, reflect, mourn, and reunite. It’s importance took on an all new meaning after the latest season eight teaser showed Jon, Arya, and Sansa walking through it and facing death their own, and in the form of the White Walkers. But the final resting place of the Starks was a fascinating place long before HBO used it for an unsettling promo. 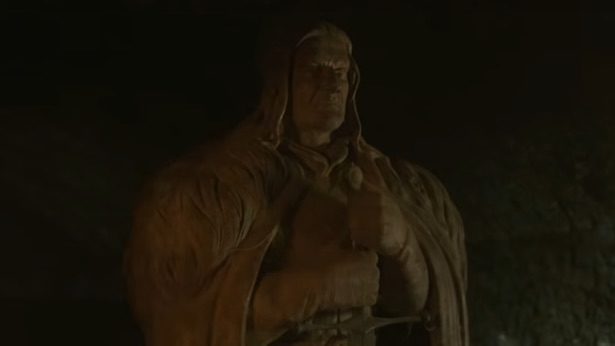 1) The crypt is larger than Winterfell itself

The crypt’s door is made of ironwood, a type of heavy, black wood that comes from a Northern tree. It opens to a long, narrow, spiral staircase that leads to multiple underground levels. One level has a high, arched ceiling with stone pillars that run two by two, with each space holding tombs. The lowest level is thought to have partially collapsed.Winterfell itself is a giant complex that spans multiple acres, and yet the crypt is even bigger. Deceased Starks rest beyond the range of the protective walls that surround the living above. There might not be a bigger crypt in all of Westeros.It still has plenty of empty spots for future Lords. 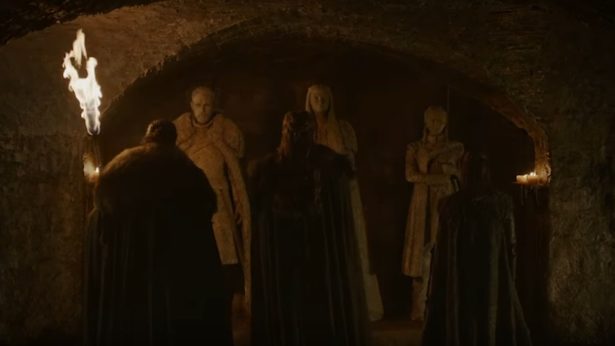 The crypt’s ironwood door is found near Winterfell’s First Keep, the oldest surviving part of the castle thought to have been built originally by the First Men. Legend says Winterfell was built after the first Long Night, which dates back anywhere from five to eight thousand years.The oldest Starks are buried in the deepest levels of the crypt. If Winterfell really is where the First Men defeated the White Walkers, they might have also buried their dead there, on the spot where they fell bravely saving mankind. If so, they would have been buried there before Winterfell itself was built above them. 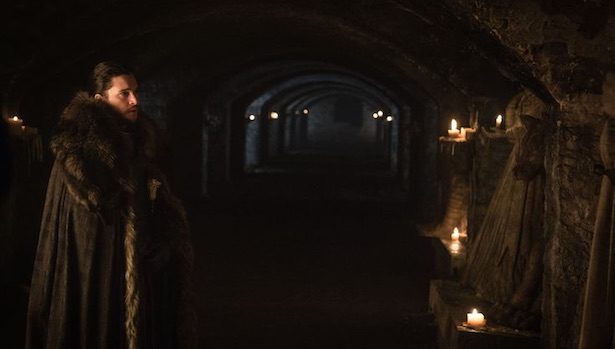 3) Statues are mostly reserved for Kings and Wardens

Any Stark can be buried in the crypt, but statues are primarily erected for the old Kings of Winter and former Lords of Winterfell. Each stone statue has an iron sword placed in their laps to keep evil spirits away; each is accompanied by a statue of a direwolf.Ned Stark broke this protocol when he had statues for his brother Brandon and sister Lyanna erected next to their father Rickon, but they aren’t the only non-Kings to be honored as such. Artos the Implacable, a Stark who killed the King-Beyond-the-Wall Raymond Redbeard, has his own statue. 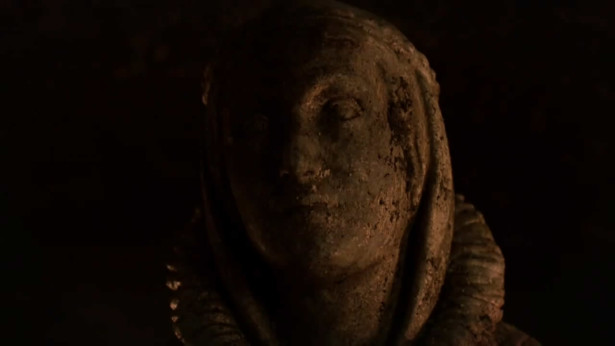 The wildlings tell a story of another King-Beyond-the-Wall, Bael the Bard. Legend says Bael went to Winterfell, posing as a singer, to get revenge for an insult from Lord Brandon Stark (side note: there are a million Brandon Starks). Bael then fled Winterfell with Lord Stark’s daughter; no one could find her for a year. She eventually returned with a child, and her son would go on to become Lord of Winterfell when the Stark line was in danger of going extinct.But some say Bael never fled Winterfell with her at all, and that they had hid in the crypt, the same way Osha, Hodor, Bran, and Rickon hid from Theon. If true, it means the Starks’ final resting place gave birth to a wildling bastard who saved the family. 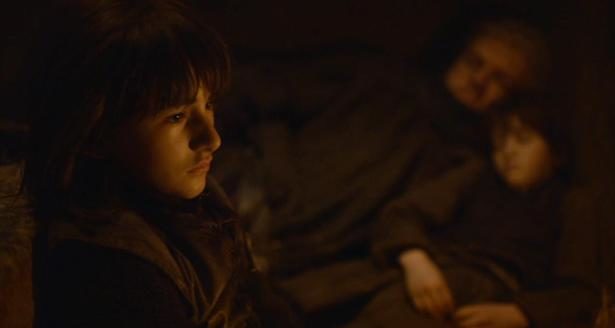 5) One tale says a Targaryen Prince left dragon eggs there

At the start of the infamous Targaryen civil war known as The Dance of the Dragons, young Prince Jacaerys Velaryon came to Winterfell on behalf of his mother and would-be Queen Rhaenyra Targaryen. A court jester named Mushroom, in his highly contested, oft-ridiculed book The Testimony of Mushroom, said Jacaerys left dragon eggs in Winterfell’s crypt, near the castle’s natural hot springs.It’s an easy story to dismiss when so many of Mushroom’s claims seem improbable, but not all his tales are. Rhaenrya’s greatest strength came from her advantage in dragons. Could Jacaerys have been trying to birth more of them with the hot springs? Was he leaving a gift to a valuable ally? Or was he hiding them there in case they needed to keep them safe at a strong castle? 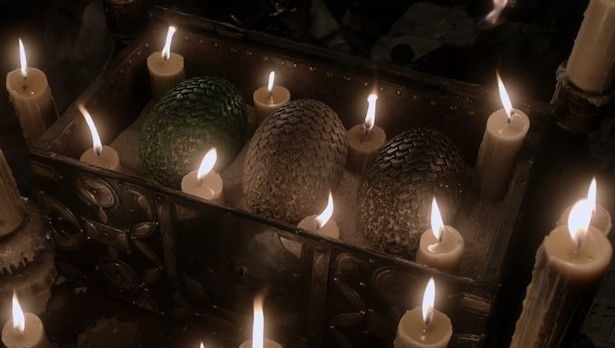 The Crypt of Winterfell holds many secrets dating back to the first White Walker invasion. If one of those includes a cache of forgotten dragon eggs, it could give birth to mankind’s best hope of defeating the dead once more.