Game the Game is Geek & Sundry’s tabletop board game show that airs every Wednesday starting at 4PM PT on Twitch and Alpha. Join host Becca Scott as she breaks out some of the best board games the industry has to offer, with new guests each week! This week, she’s playing “The Thing: Infection at Outpost 31”. Be sure to check out her How to Play video before tuning in.

You know it’s a good movie when the credits roll and you are left wanting more and when that happens, it’s time to go to your game shelf and continue the story yourself. The only thing better is when you can play cooperatively with your friends. 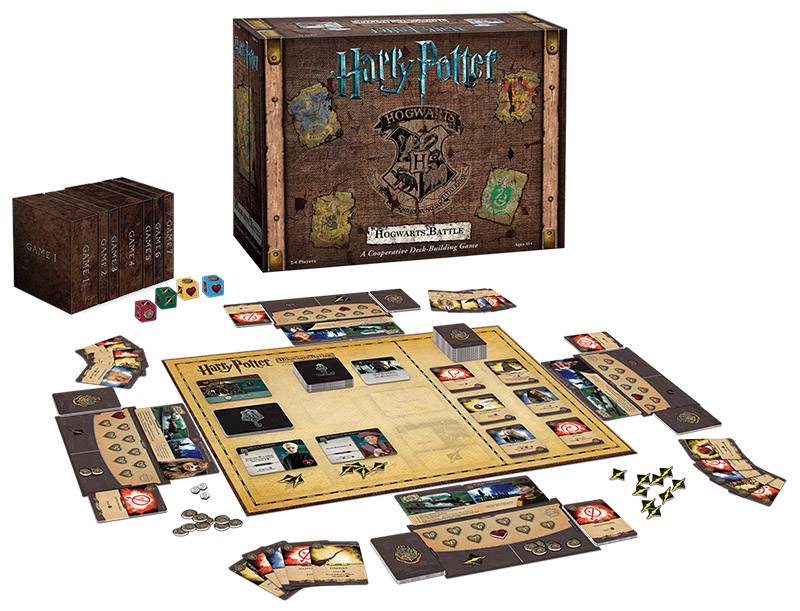 In this game, you get to play Ron, Harry, Hermione, or Neville in a bid to save Hogwarts from the forces of evil. Each player starts with a personal deck that allows them to gain resources. Throughout the game, you are adding more iconic spells, characters, and magic items to your deck. You need to work together to defeat all the villains and secure the castle from the forces of evil.

The real winner here is that there are seven game decks in the box, one for each movie (although Deathly Hallows is only one game). The Dark Lord will rise again to test your defenses with the Dark Arts. Gather your friends and best spells and prepare to defend the castle.

Planet of the Apes 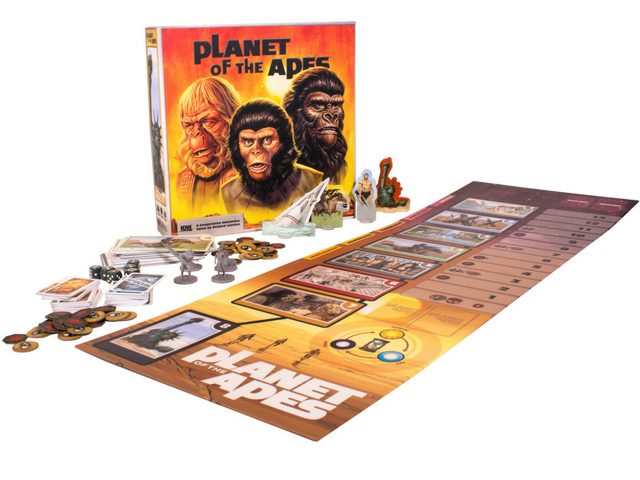 With the franchise turning 50 next year, it seems like perfect timing to jump back into the universe of this landmark movie. Designed by Richard Launius, creator of Arkham Horror, this is a fully cooperative game, with a twist: each player plays a different aspect of Colonel George Taylor’s psyche and must work together to ensure he overcomes the trials and stresses of the game. This interesting approach allows the game to inject elements of psychological horror, while staying true to the film; Colonel Taylor is alone.

The unique and cooperative experience: complete with encounters steeped in the universe that create tension and plot. Successfully completing scenes leads to the fateful Discovery deck: a fateful deck with the franchise’s iconic half-buried Statue of Liberty. Players must then confront the Colonel’s ultimate discovery and successfully resolve it to win the game.

The Thing: Infection at Outpost 31

Based on the John Carpenter movie, you are a group of NSF researchers stuck in the desolate Antarctic Outpost 31. You encounter an extraterrestrial lifeform called Imitations. It’s up to you to figure out who’s human and who’s not.

All you have to do is survive the three acts and make it onto the helicopter. The problem is that the Imitations are out to mess up your missions and take your place on the helicopter so they can infect the rest of the world. You have to trust your instincts and team to survive, but be prepared to be betrayed by someone close to you. 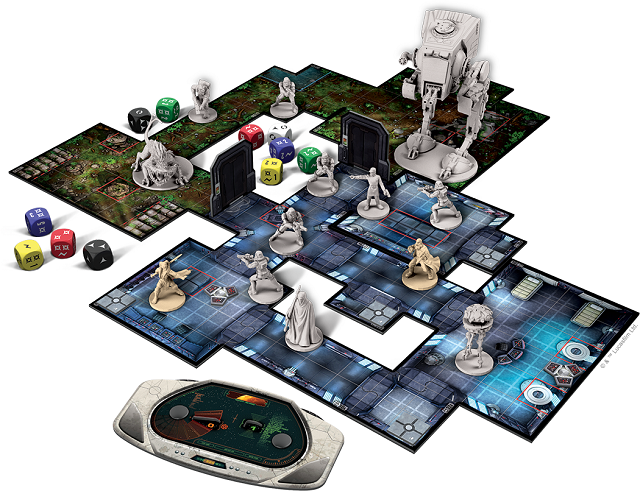 You are in the middle of the Galactic Civil War after the destruction of the Death Star. There are two very distinct ways you can play this game: campaign or skirmish.

The campaign game pits one Imperial player against up to four heroes of the Rebel Alliance. Throughout the campaign, both sides gain new skills as you play through a cinematic tale set in the Star Wars universe. Try and break the Empire’s hold on the galaxy while fending off seemingly endless armies of the Empire. In skirmish mode, two players face off, one as the Imperial side and one as the Rebel Alliance.

With the great miniatures and immersive gameplay, this is definitely one for fans of the Star Wars universe. 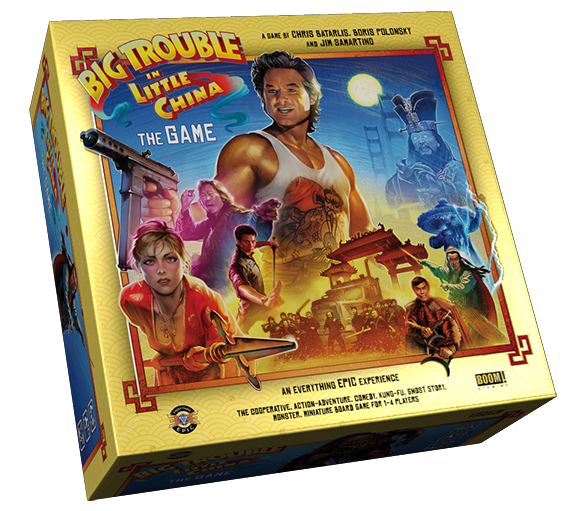 “It’s all in the reflexes.” In this game, you are working together on missions through Little China to gain enough Audacity to bring down Lo Pan and his henchmen. Power your actions with thematic dice, but try not to roll bad luck or you will suffer the consequences. You’re venturing through iconic locations in Chinatown trying to save the helpless and discover weapons and rare magics you can use in the ultimate battle.

Every choice you make changes the path you follow, which allows each game to play slightly different. If you die, don’t worry, you’re just sent to one of the Chinese Hells. Pay the price and get back to the fight.

It’s a race against the clock to take down Lo Pan and his elite bodyguards before he can break the curse and regain his mortal form. Do you have the guts to rescue the green-eyed beauty and save Chinatown?

Join host Becca Scott every Wednesday as she breaks out some of the best board games the industry has to offer, with new guests each week! This week, she’s playing “The Thing: Infection at Outpost 31” starting at 4 PM PT – catch the show live every Wednesday on Twitch and Alpha!