5 Most Interesting Dishes from Hannibal - Nerdist

5 Most Interesting Dishes from Hannibal 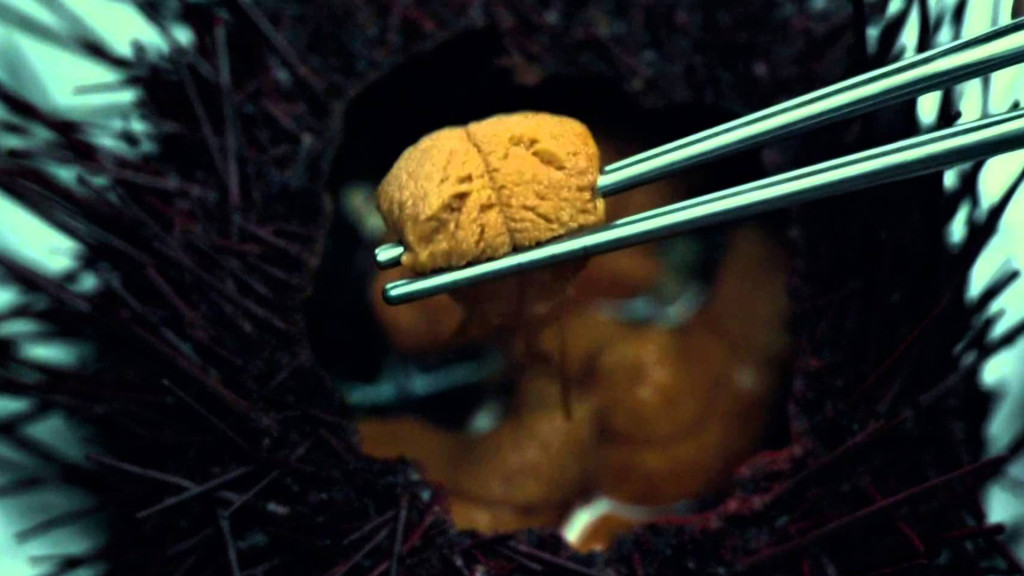 Sea Urchins are often spiny and quite scary. Once you crack open a sea urchin’s odd shaped exterior, however, you will find the edible portion known as Uni. Fun fact: it’s actually part of the gonads. Yes, you are eating reproductive organs. Let that sink in for a little bit. Oh Hannibal, you sicko.

Uni has a melt in your mouth, custard-like consistency. However, this taste can be off-putting to some. It’s also said to be a bit of an aphrodisiac.

Make it yourself — Uni Pasta 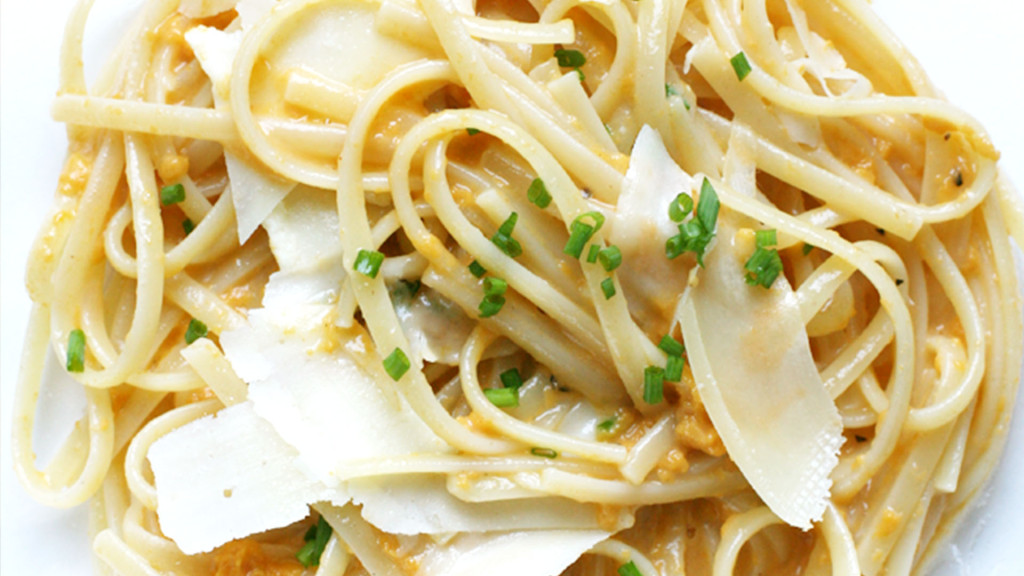 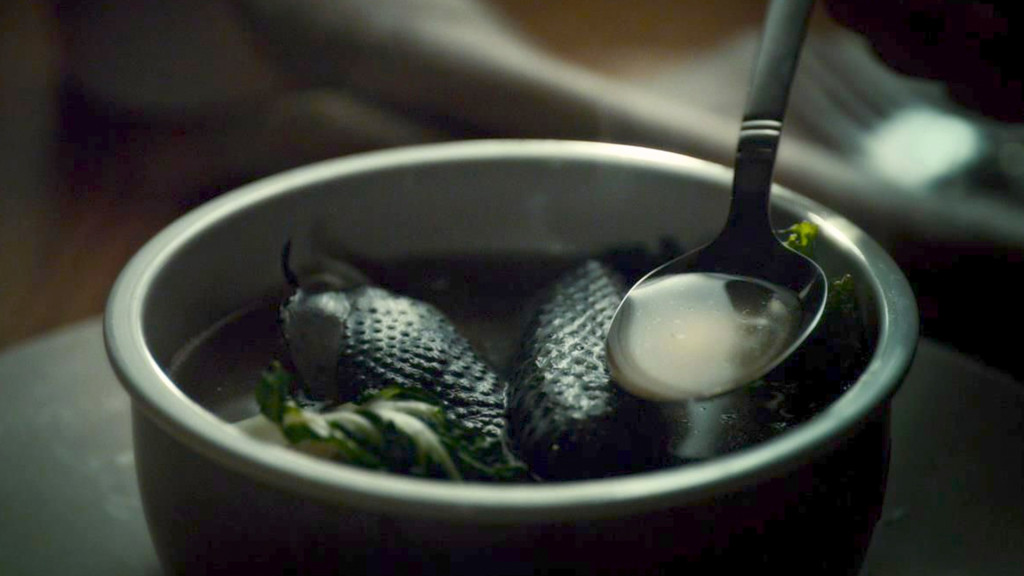 Take everything you know about your traditional chicken noodle soup and toss it out the window. Black chicken soup is a traditional Chinese stew, traditionally made of a silkie black chicken, goji berries, burdock root, fresh ginger, stinging nettles, chinese red dates, and an assortment of other superfoods.

Aside from looking absolutely terrifying, black chicken soup has many medicinal purposes as well as restorative properties (or so they claim). Nothing like a goth chicken soup to cure your manic delusions, right Will?

Make it yourself — Black Chicken Soup 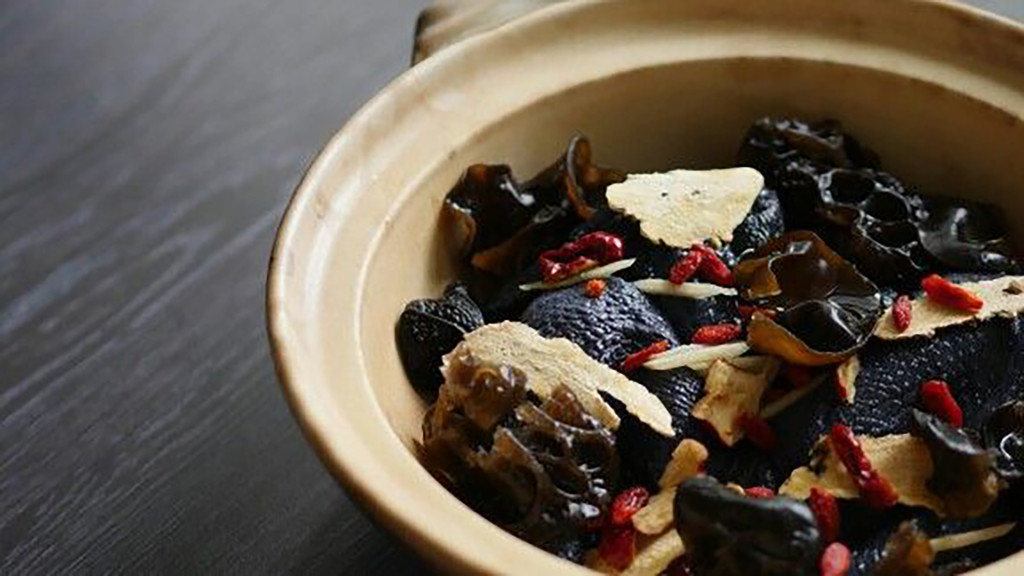 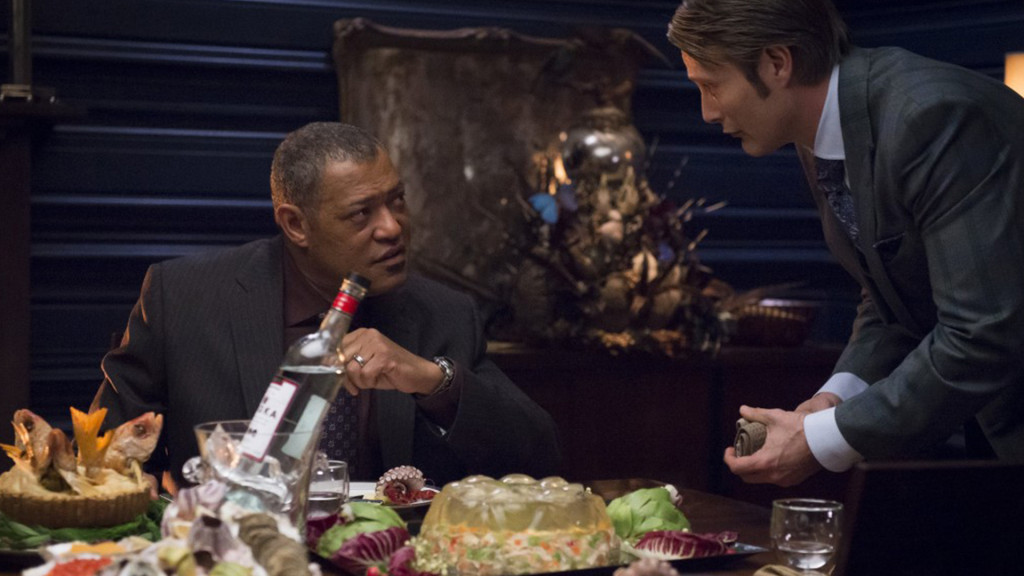 What is tastier than jello? How about jelloed meats? Yup that is an actual thing. Kholodets is a traditional holiday russian dish that takes a significant amount of time to prepare. Traditionally reserved for the colder months so the gelatin can freeze properly, you can now make this dish year round!

Make it yourself — Meat Aspic 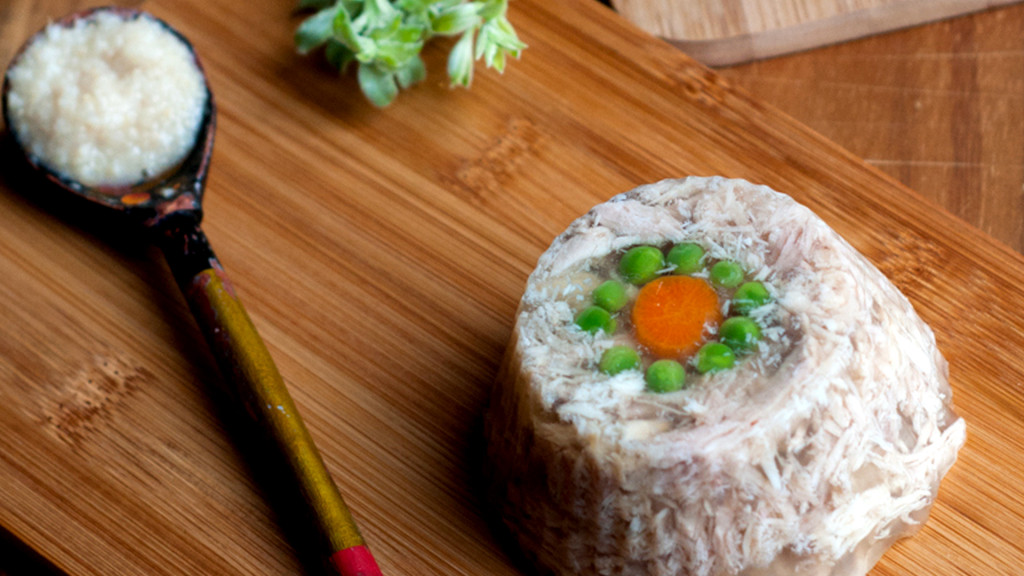 or human leg — whichever you prefer… 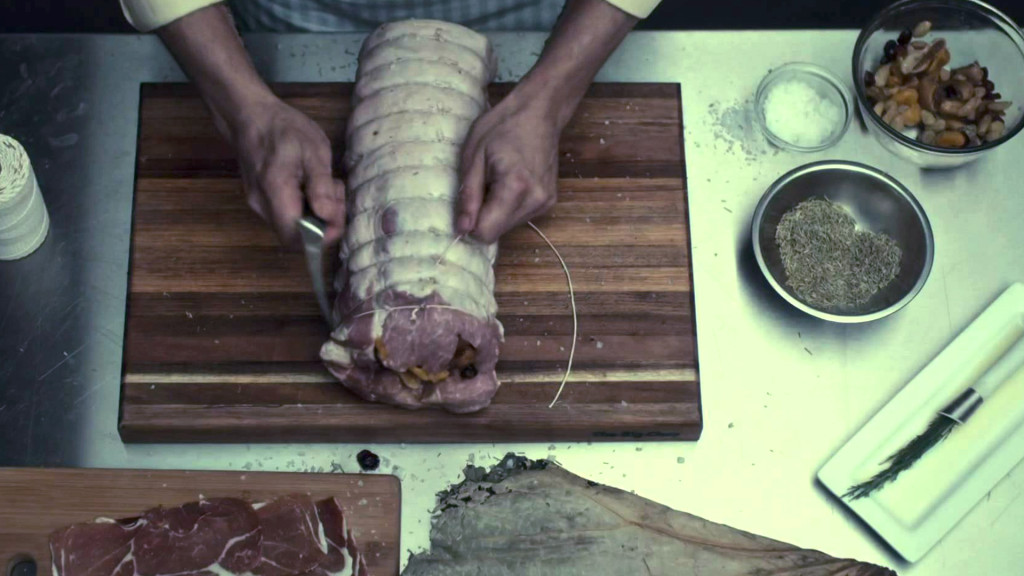 One of the most disturbing scenes of Hannibal is actually inspired by a dish with an awesome back story. According to food lore (which is a thing), a long time ago and way back before you could Instagram your food, there was a beggar who stole a chicken. Because he wanted to cook the chicken without anyone knowing, he wrapped it with lotus leaves and slathered it with mud. However, once he cracked opened the clay, a nobleman noticed the scent of chicken and they shared the meal. Eventually, this dish because a staple in the imperial courts and today it is considered a sort of fancy-pants delicacy.

Make it yourself — Beggar’s Clay Chicken 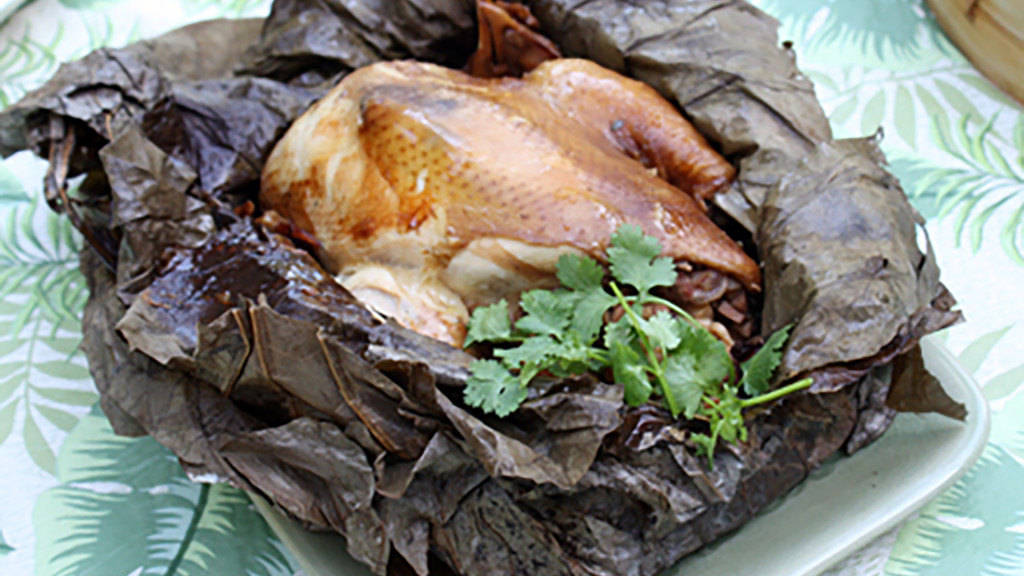 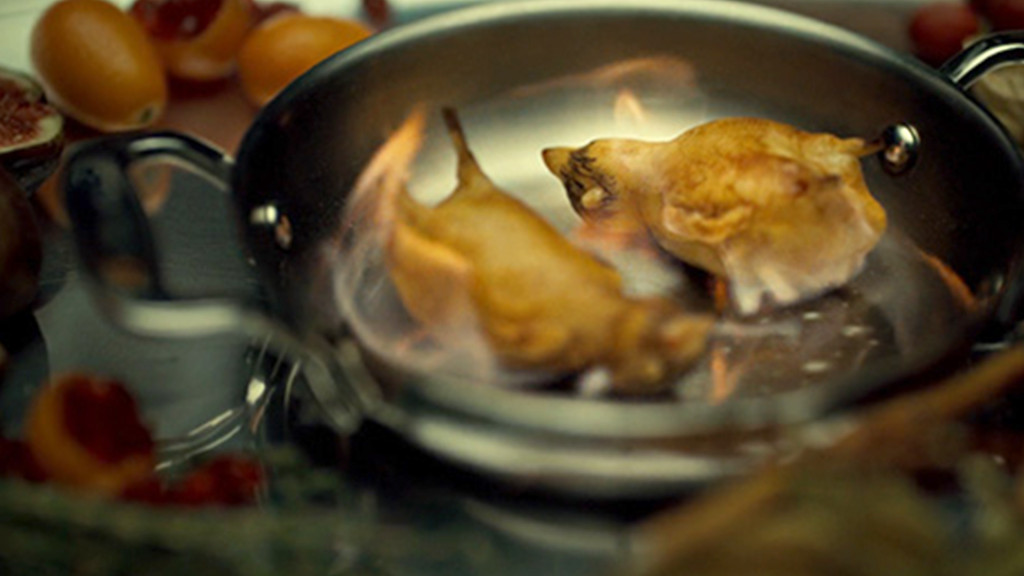 And now the top of our list — Ortolans. You couldn’t even cook this one if you tried because its illegal. How Hannibal procured the ortolan, I don’t know (but then again, these are the least of my concerns).

The process of cooking an ortolan is quite disturbing. Ortolans are small, rare song birds. Preparing this dish involves multiple steps. Ortolans are kept in the dark so they would perpetually eat and then drowned in a vat of Armagnac (french brandy). Before some genius invented the box, the Romans actually poked out the eyes of the ortolans so the birds would think it was night time. Ouch! The birds are then cooked with an open flame for roughly eight minutes.

Almost stranger than the dish itself is the ritual of eating it. The diner covers his or her head with a large napkin to shield themselves from God’s eyes because of the shame of eating such a innocent bird. Then the diner eats the entire bird whole — one gulp and all.

Though illegal, you can replicate the dish by shaping the birds using marzipan, pine nuts for the eyes, and spaghetti for the legs — just like how they did on Hannibal.

You can find more information on Janice Poon, the official food stylist for Hannibal‘s blog.

Make it yourself — Marzipan Ortolans 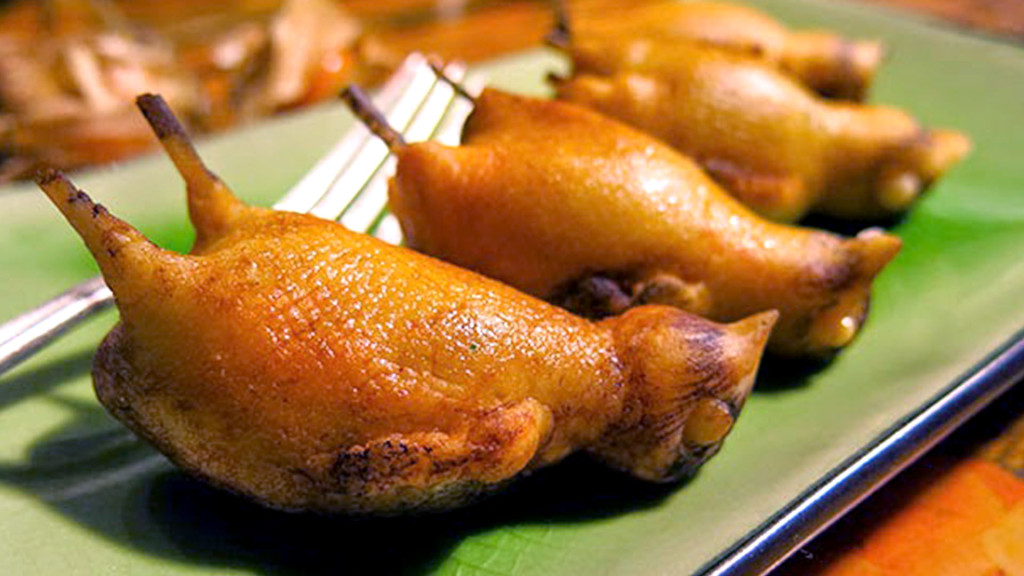 photo credit // behind the scenes

And there you have it. The top five most fascinating and debatably “festive” foods of Hannibal. Which foods do you think will make an appearance in the new season?