Lore Masters is our show that explores the histories and fandoms of geekdom’s biggest properties with host, Ryan Green. This week he’s joined by Liam O’Brien, who will be talking about his experience dubbing anime. While you may know him best from shows like Critical Role, where he and his friends play D&D for your entertainment, he’s also an incredibly talented voice actor who has voiced a variety of projects as various ninjas, sorcerers and supervillains (including voicing Garro in Naruto).

If listening to Liam talk shop about voice acting gets you inspired to hop inside a booth with a mic, but maybe still unsure about some particulars of the craft, you ought to find the following books, docs and web series highly useful.

Voice-Over 101: How to Succeed as a Voice Actor 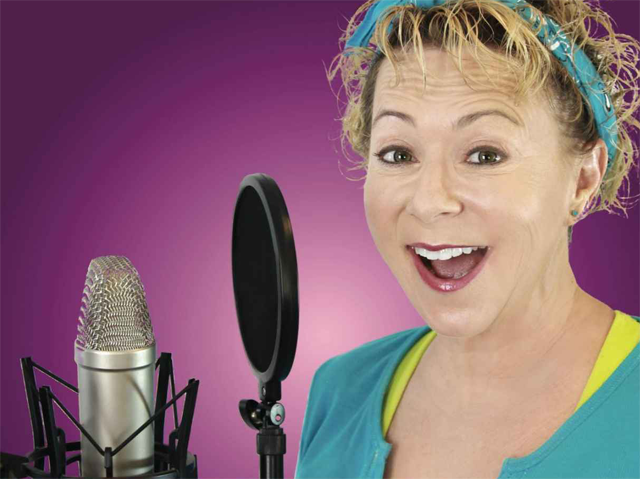 True to the title, this can be your textbook. Debi Derryberry is best known as the voice of that boy genius, Jimmy Neutron, and she shares wisdom from her years of VO experience to get at the most basic question here… “How can I use my voice to make money?” Covering what to expect in the studio and how to create a demo reel, among many topics, Debi even gets so specific as to include instructionals on making particular, non-verbal sounds. So yes, this book will indeed teach you how to make funny noises, among other things.


Veteran voice actor and producer Tony Oliver lays out some basic considerations in the clip above, a preamble to Adventures in Voice Acting from BangZoom, a preeminent studio with a specialty in anime dubs. The Adventures have actually evolved over the years, starting as a DVD documentary series featuring interviews with dozens of actors, then evolving into online segments like this, along with in-person workshops. If you aren’t in LA and can’t attend the latter, then keep an eye out still. The studios hosts open auditions at conventions like Anime Expo.

I Want to be a Voice Actor


The segment above is an interview with Dee Bradley Baker from a series profiling actors in their home studios. One of the most prolific performers in the field, with credits in everything from American Dad to Wabbit, Baker gets asked for advice on voice acting a whole lot. So often, in fact, he’s compiled all his detailed tips and theories on a site that couldn’t be more straightforwardly titled – iwanttobeavoiceactor.com. And there’s even a whole section about what not to do as a voice actor. (Hint: don’t be a primadonna in the booth).


Voice acting encompasses a wide spread of performance, of course. Other instructors in this list lead with tips on dramatic acting for animation and anime dubbing, but if you’re especially interested in reading for commercials, consider Nancy Wolfson’s video seminars. Topics go from zeroing in on what your personal branding is, as a performer, to understanding the finer differences in speaking styles for radio ads and TV spots. A SUV has to be pitched one way if buyers are hearing you on the radio, and another if they’re seeing video accompany your words (as Nancy thusly breaks down).


Week in, week out, Stacey J. Asward and Chuck Duran sit down and speak with a whole gamut of guests from every corner of the business (some even appear elsewhere on this list). Guests range from the stars behind famous characters to the voice directors who work behind them, in turn; and even the voice over actors who narrate home decorating shows. Chats go way in-depth–over hours sometimes–and each episode addresses a question from viewers, so audience participation is definitely encouraged.

Want to get insight into Liam and his approach to his work on big anime shows? Tune into Lore Masters every Thursday at 4 PM PDT on Alpha and Twitch!