5 Games to Play When You Want to Roll Solo - Nerdist

5 Games to Play When You Want to Roll Solo

Maybe you just want to play a card game with Cheetos dust on your sweatpants and no one to judge you, or maybe it’s the middle of the week and your friends can’t make it over until Saturday. And while there are some fantastic board game apps out there, sometimes you just want to shuffle a deck of cards or hear the satisfying clatter of the dice on the table. What’s a tabletop gamer to do?

Whether you’re having trouble finding a group of gamers or just want to relax in your PJs, here are five games designed with solitaire play in mind so you have some options when it’s game night for one. And, even better, most of these games can be played with up to 4 players for those days when you feel like a presentable human being. 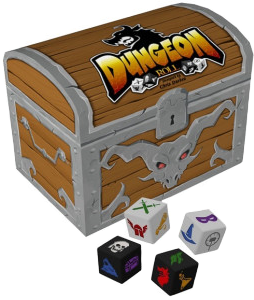 This push-your-luck dice game comes in a unique treasure box with character cards to choose your own adventurer, each with specialties and abilities. While up to 4 players can take part in this dungeon crawl, Dungeon Roll is well-suited to solo play because each player’s turn is taken independently for the most part.

Roll the party dice to choose the brave souls about to embark on the adventure alongside your character. Then it’s time to roll the dungeon dice and have your companions square off against the monsters within. Delve deeper into the dungeon for more experience, more treasure, and more baddies. Can you make it out alive? 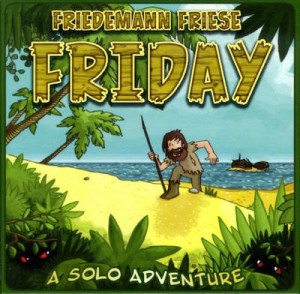 This card game from Friedemann Friese is designed as a solo deck-building game. Play your cards right to help a stranded Robinson Crusoe survive and thrive on his island. Not only will you be in control of Crusoe’s abilities to help him, you’ll be the one placing him in the various dangers of the island. A win turns a hazard into an advantage. One hazard card might give him an ability to draw additional fighting cards, for example, or more life.

As the game progresses, not only does a win against whatever danger he’s facing help grow his skills, a deliberate defeat at the expense of life tokens can even get rid of cards you don’t want to keep in your pile. It’s all up to you to make the best use of the cards to get Robinson Crusoe safely off the island and on his way home.

If you’ve ever dreamed of starring in your own suspenseful action film as the hero who saves the day all on your own, this is the solitaire game for you. You’ll square off against one of bad guys who have taken a number of hostages for various reasons you can read on their character card. Each criminal has demands that you must uncover to get the hostages freed.

Rolling dice and playing cards will reveal demands, increase conversation points, decrease the terrorist’s threat level, and release hostages. It’s up to you to handle the hostage taker how you think is best, so no playthrough will be the same. Expansions are also available to give you even more baddies and strategies to tackle. 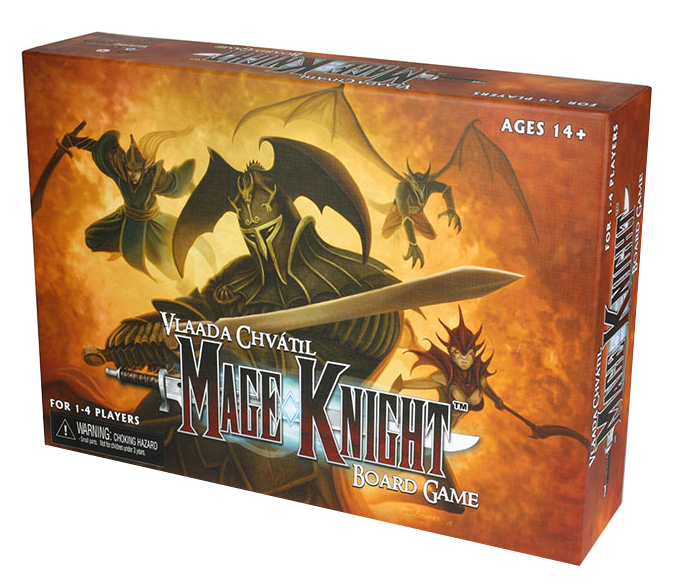 This incredibly detailed game is a worthwhile investment because of its flexibility as a solo or a group game. You’ll spend hours in an epic fantasy world in this combination deck-building and role-playing game. Become a Mage Knight, one of four colorful miniatures included in the box, and begin creating your legend.

Mage Knight is a large and complicated game, so if you’re hoping for something light before turning in for the night, look elsewhere on this list. Solo variant rules are included in each scenario if you’re ready for a few hours of solitaire gaming. Build your army, learn spells, hire armies, and more with the cards you collect as you conquer the cities of the Atlantean Empire. 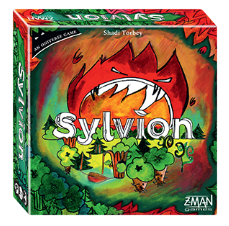 A raging fire elemental is threatening the Grand Forest of the Oniverse in this combination deck building and tower defense game, and it’s up to you to stop it and its minions. Sylvion comes with variants for different levels of gameplay, including an introductory mode, making it a great choice for a night in.

The creatures and plants of the forest are your allies in this fight. The game’s unique drafting system to enlist those allies is just a big part of the game as the tower defense portion, as you choose the cards you want with a bit of luck mixed in. Each colorful card has special abilities for taking on the fire demons, so pick carefully. Then it’s up to you and your forest army to prevent the fire elementals from marching across the board on their path of destruction.

What’s your go-to solo board game for some me time? Share it in the comments!