5 Fantasy Anime as Dark and Brutal as Game of Thrones

Game of Thrones has finally returned, and with it, a new cycle of pain and shock. While the yearly wait between seasons is done, for now, the weekly wait between episodes is just as agonizing. And now that the show has outpaced the books, the only sane way to quiet those maddening questions about Jon Snow’s true parentage, or what things Jon Snow might actually know, is to preoccupy one’s self with other fantasy show’s maddening questions in the interim.

These long-form anime are all complete and available for streaming. Some are grim medieval dramas. Some focus on characters quite similar to Westeros’ myriad characters. And some just have that cynical Thrones spirit. Enjoy! 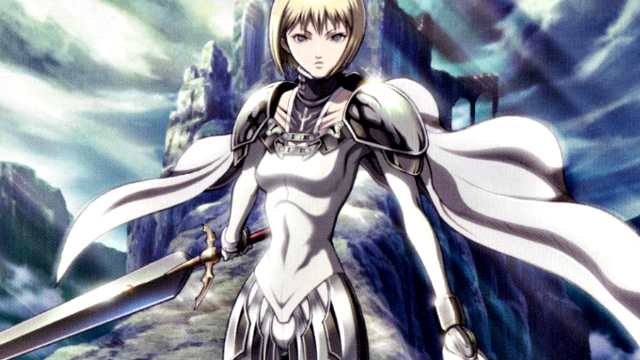 Give Brienne of Tarth a spin-off series, and her adventures probably won’t be too different from those of Clare the Claymore. This “silver-eyed witch” even has an unwanted squire, Raki, who’s way more useless than Podrick. However, while Thrones is packed with zombies, dragons, and weird shadow demons: Claymore revolves around a breed of beast that never rears its nasty visage there. Clare is part of an order of knights who hunt “Yoma,” vampiric skinwalkers with an insatiable taste for human flesh. Problem is, she’s also half-Yoma herself, and her bad side is constantly threatening to take over. 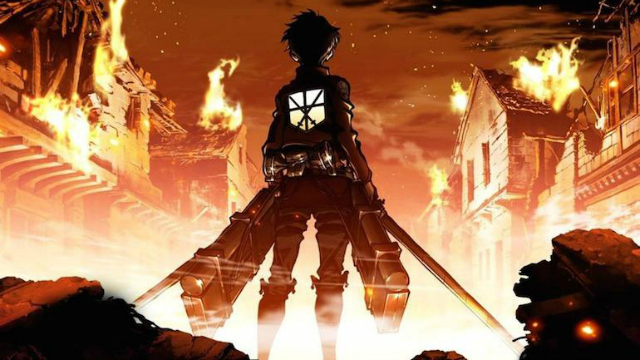 Like brutal medieval warfare? Enjoy that state of dread when every character, even the lead hero, can die awful deaths at any given moment? And really, wouldn’t the White Walkers be far more interesting if they were giant, naked goons shambling toward the wall? This is the show for anybody who answers “Hell Yes!” to all three of those questions. Attack on Titan has been the unqualified blockbuster of new anime. Its coincidence with Thrones‘ air-dates makes a good argument that current audiences quite simply crave fantasy escapism where no heroes are sure to escape. 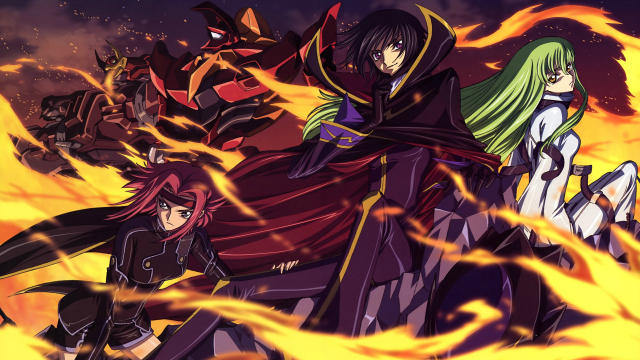 If Brienne can get her own show, why can’t Little Finger? Lelouch is a smarmy social climber whose greatest power is manipulating people. As in, literally. He has the Geass, a psychic ability that forces anybody in eyesight to do whatever he commands. At first glance, this mech show’s similarities to Thrones would seem tenuous, at best. However, the actual textures of their plots have much in common. Code Geass is no black and white battle of good vs. evil. It’s a complex conflict between multiple political factions with varying shades of moral grayness, and many are royals with distant claims to power. The show’s constantly toying with viewers’ sympathies, too. The lead is a sociopathic terrorist, after all. 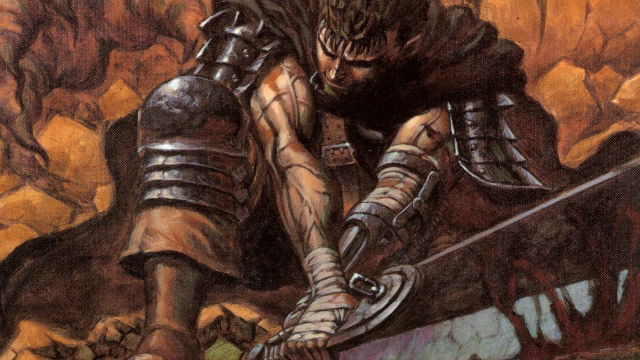 This show has more in common with old school pulp like Conan the Barbarian, but we’d get beheaded and/or flayed alive by a horde of otaku if we excluded it here. Berserk has been the standard for harsh, morally-ambiguous sword and sorcery in anime for many years. We follow a wandering swordsman (with a huge sword, natch) as he joins a gang of mercenaries and gets down to some nasty wetwork. Is it bloody? The lead’s name is Guts. Could anybody need a stronger hint?

Nausicaä of the Valley of the Wind 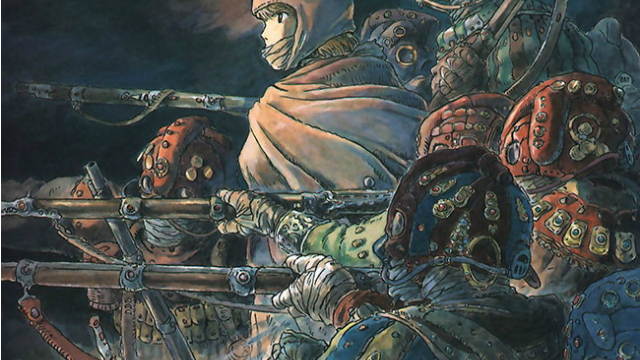 It goes to show how relative “dark” is. Miyazaki’s Ghibli-prelude is typically sold as a flick with much more bite than your usual family-friendly animated adventure. It may seem tame compared to the other shows on this list. Still, the titular princess is one deadly warrior, and the movies riffs on many themes similar to Thrones. There’s a three party war with no clear good guys or bad guys. There’s feudal politics, even amid a post-Apocalyptic setting. The finale centers on the march of legendary monsters. Also, Miyazaki has touted Ursula Le Guin’s books as an inspiration, and they’ve definitely also influenced Martin’s novels.

What other Thrones-esque anime is missing from this list? Could any of these studios do a worthwhile take on the Isle of Westeros? Fill up the talkback. Maybe we’ll feature your picks later.

TAGGED: Claymore, Code Geass: Lelouch of the Rebellion, Anime, Game of Thrones, Berserk, Attack on Titan, Nausicaa of the Valley of the Wind