If you have your own take on a fairy tale, maybe you should check out the Geek & Sundry Fantasy Contest happening over at Inkshares right now. It has already started, but you still have time to throw your name and log line into the hat for a chance to become a published author. It doesn’t take much, only an idea and a desire to become the next great author. To find out more about the contest, make sure you check out our article about it.

Still don’t know how to make your own modern fairy tale? Tune into the animes below to find some amazing characters and more than your fair share of fantasy. 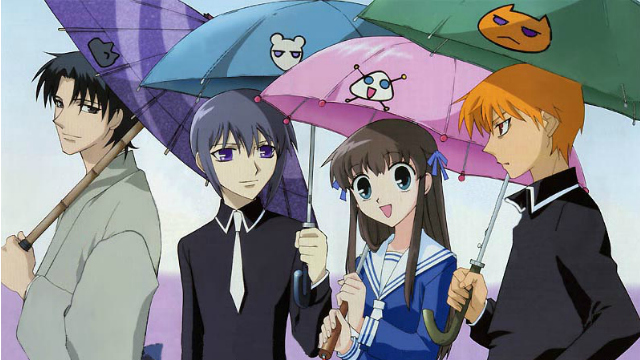 The Chinese have a much more interesting story behind their zodiac–what with the procession of animals riding out to see the Jade Emperor and all. Here, plucky orphan Tohru Honda meets a family who are all reincarnations of those twelve creatures; each having the corresponding affinities and personalities, natch. Moving in with the oddballs, Tohru learns the extent of their curse, which makes them beast out if ever they’re agitated, weakened, or… embraced by members of the opposite sex? Spells forbidding hugs are just the worst kind of spells! Still, this show is delightful, following Tohru as she goes on numerous misadventures in the name of curse-busting.

The Tale of Princess Kaguya 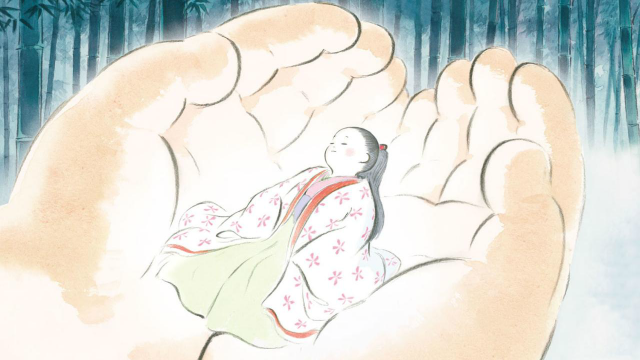 One of the last Studio Ghibli films (for now), this emotionally-powerful feature takes a new angle on one of the oldest stories in Japan’s folk tradition. We’ve shown our love for Kaguya previously. It’s very much an antidote the archetypal Cinderella story, showing how being “fairest in the land” would actually feel like more of a burden than a blessing. Indeed, the titular princess constantly struggles with the gulf between her real identity and her lofty reputation as a succession of shallow suitors court her without having any idea who she actually is. The ending is a guaranteed tearjerker, too.

Ever wondered what the deal is with that giant orange cat who smiles at the beginning of every Toei show? Here you go. The studio that came to be known for gold standard hits like Dragon Ball Z and One Piece founds its most emblematic project in the late 60s when it christened the cat with the fancy footwear “Pero” and hired a who’s who of future legends to illustrate his picaresque adventures. Indeed, the animation staff here includes no less than Hayao Miyazaki. The swashbuckling chase scene he handles hints at the acrobatics of his later movie, Castle of Cagliostro, but this is film is still a true case of creative one-upmanship. With different animators tackling different scenes, it’s as if the crew were competing to see who could put Pero in the most whimsical situation imaginable. 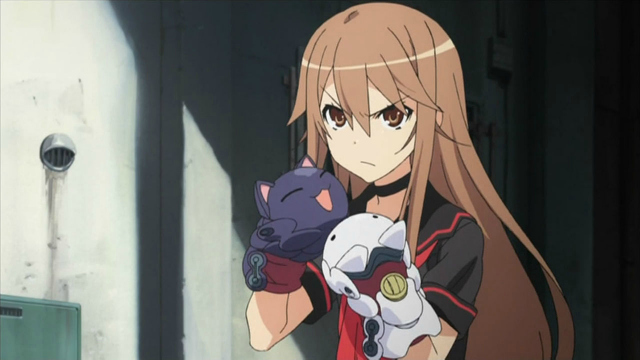 It’s like… like… like an anime fairy tale riff on the Equalizer! Our heroine Ōkami is a two-fisted spitfire: taking on her fellow classmates’ problems on behalf of the high school “trading club,” and sorting those problems out with a nasty pair of “kitty knuckles.” What’s the trade, though? Well, anybody helped out by this club owes a favor to another needful stranger that’ll eventually be called upon. So, relationships flip constantly in this cute romcom. To wit, Ōkami is referred to as a “wolf,” while her best friend, Ringo, is ‘Red Riding Hood.” And the show is just as willy nilly with its references to other fairy tales throughout. 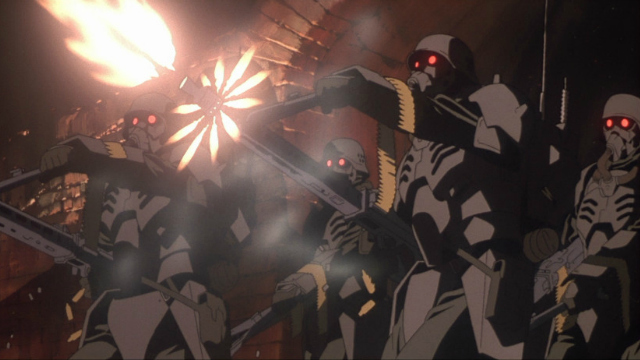 As if to demonstrate the whole spectrum of re-interpretation, this sci-fi police drama is also, in fact, based on Little Red Riding Hood. Adapted from one installment in the Kerberos Saga manga series by Ghost in the Shell director, Mamoru Oshii; Jin-Roh deals with the familiar noir-ish premise of a cop falling for a criminal. Only this plot takes place in an alternate history where the Axis Powers won World War II, so the cop carries a machine gun and wears mech-stormtrooper armor, and the cute criminal he falls for belongs to a terrorist cell. Don’t expect a happy ending in this bleak thriller, with its running allusions to the original, grisly version of the fairy tale.

Do any other anime riffs on fairy tales deserve our love? Drop ’em in the talkback. We’d love to feature them.