Role playing games and comic books both make great homes for science fiction because they’re both mediums that allow for big scale, epic storytelling that’s limited pretty much only by the storyteller’s imagination. On Alpha’s VAST, gamemaster Jackson Lanzing can place the players in any fantastic environment, surrounded by any fantastical creatures he, or his writers, can dream up. Comic books give their creators a similar degree of freedom. Here are some sci fi comic books we think you’ll like if you’re a fan of VAST. 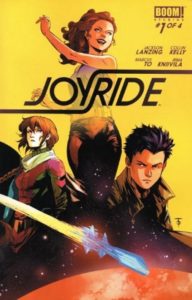 Written by Vast creator Jackson Lanzing and his writing partner Collin “This Might Be A Good Idea” Kelly, featuring exquisite art by Marcus To and stunning colors from Irma Kniivila, Joyride is the closest you can get to VAST in comic book form. It’s the story of a young human girl who escapes an oppressive future earth to travel among the stars in a stolen spaceship. Joyride is chock full of things you’ll love: high adventure in space with weird aliens, strong female characters and feels all over the place. 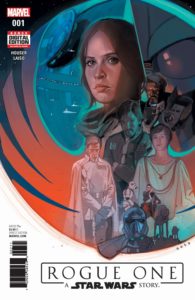 Written by Tkaah herself, Jody Houser, this comic adapts the story of the most recent Star Wars film. The movie’s universe is fleshed out with new scenes, additional characterization and fresh details. Add to that the brilliant art and colors by Emilio Laiso and Rachelle Rosenberg and the result is that the story feels just as grand and tragic on the small page as it did on the big screen. 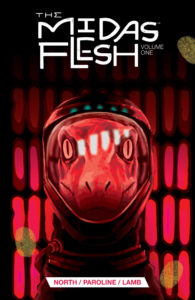 A mini-series written by the legendary Ryan North (Squirrel Girl, Adventure Time) with super cool art by Braden Lamb and Shelli Paroline. Midas Flesh follows the story of three space explorers, one of whom happens to be a nerdy Utahraptor, in search of an ultimate weapon on a planet made of gold. The ancient myth of King Midas underpins a thoughtful, imaginative and emotional sci-fi universe. It’s weird. It’s spacey. It’s got dinosaurs. What more could you ask? 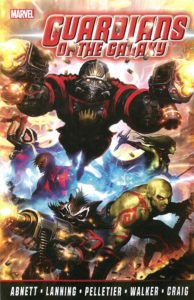 A team of misfit anti-heroes who have to step up and put their personal issues with each other aside so they can save the universe. Although the team has been around in various incarnations since way back in 1969, it’s the landmark eponymous series by Dan Abnett and Andy Lanning that first appeared in 2008 that introduced the team that would go on to star in the Marvel Cinematic Universe movies. Weird aliens, cosmic stakes and punchy space opera  — if Marvel had a VAST, it would be Guardians of the Galaxy. 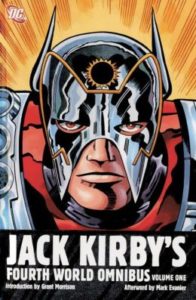 No one does cosmic weirdness like Jack Kirby. Starting way back in Superman’s Pal Jimmy Olson #133 (October, 1970) Kirby unraveled the tale of Darkseid of Apocalypse and his war against Mister Miracle and the heroes of New Genesis. Kirby’s work is epic in scope and continues to shape the DC Universe to this day. The New Gods have appeared in a lot of titles over the years but you can check them out in Jack Kirby’s New Gods Omnibus #1.

This list should give you plenty of material to get started, but we’ve only scratched the surface of the many sci-fi comics out there. Do you have a favorite we missed? Let us know in the comments below, and be sure to tune into Alpha, Mondays at 7:00 PM PDT, to watch the latest episode of VAST.

Three Visions of Vast that Could Have Been

Storytelling in Vast: A Peek Into The Writers Room

RPGs in High-Def: What Social Rolling Adds to a Game