At its heart, Dungeons & Dragons is a heist story. Players make characters that are trained to break into secure facilities, take valuable items, and defeat the security measures kept within. Whether the heist represents the slick professionalism of Mission:Impossible or the comic tragedy of Raising Arizona depends on how the table plays and how the dice roll. For those groups looking to experience something closer to Ocean’s Eleven than Lord of the Rings, there are some great games that explore the themes, tropes, and otherwise cool moments of heist media. 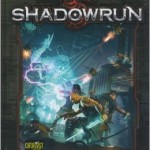 Shadowrun combines the dark future of dystopian cyberpunk fiction with elements of fantasy for a unique blend that remains popular to this day. The dank dungeons and crypts of D&D are replaced by research labs and corporate headquarters. Wizards and elves co-exist with technologically enhanced warriors and hackers that plug the worldwide computer network directly into their brain. The game’s world also evolves with each book, giving it a rich backstory that echoes real world issues like racial prejudice and corporate overreach. That world sprawls over other tabletop games, tie-in novels, and a successful series of computer games. Plus, if the idea of shooting a dragon with a rocket launches doesn’t sound like a great way to spend an evening, we can’t help you.

Blades In The Dark

Fans of Dishonoured and Thief will want to check out Blades In The Dark. Players create a crew of scoundrels like the charming Slide and the creepy Whisper in a soot-covered city where ghosts are real, illegal, and highly valuable on the black market. The game encourages quick planning, dealing with tumultuous inter-faction politics, and even some light domain management as your gang expands their turf. The game exists in an Early Access PDF thanks to a Kickstarter, but recently announced a publishing partnership with Evil Hat Productions to bring the book to Friendly Local Gaming Stores everywhere. 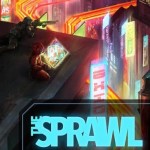 Those players looking to explore a dark, techno-thriller future without dipping into fantasy elements should check out The Sprawl. The first session is spent not just creating characters using classic archetypes like the Hacker and Fixer, but the shadowy world of the future and the corporations that own everyone. Each character has some sort of cool cybernetic modification, but also an often-sad bit of backstory to explain how and why they got it. The sessions focus on the jobs that the corporations need criminals to do and the game’s rules split up sessions into the legwork of prepping the job and the execution of the job.

GMs that want to run a straight-up heist story without mixing in futuristic or fantastic elements should look to this game, licensed from TNT’s hit TV show of the same name. The show features a criminal crew that steals from the rich and corrupt to protect the poor and downtrodden. Characters are skilled in all the roles of a heist crew, from the Hitter that knocks down guards to the Mastermind that can reveal that what looks to be a terrible complication was actually part of the plan all along. The book is full of great heist advice that’s useful to any Game Master looking to run a slick sequence for their game no matter what genre. The creator, John Rogers, also knows a thing or two about running games AND TV shows.

What is your favorite heist story? Steal the plot for your next game in the comments!