4 Epic Board Games to Get You Through Winter - Nerdist

4 Epic Board Games to Get You Through Winter

Whether you’re an avid gamer or just getting into the hobby, winter is the perfect time to dive into a board game of epic proportions. You know the ones I’m talking about? Thirty to fifty pages worth of rules, a game box that weighs more than four pounds (just think of the shape you’ll get into by taking that beast off your shelf!), hundreds of cards and components, and hours upon hours of engrossing gameplay.

Those sorts of games can sound intimidating, but don’t worry, you have all winter and these games are well-worth the time investment. The experience you get from one of these games is also unlike any small box game you’ll play.

Here are four epic games that are perfect for those cold winter days. 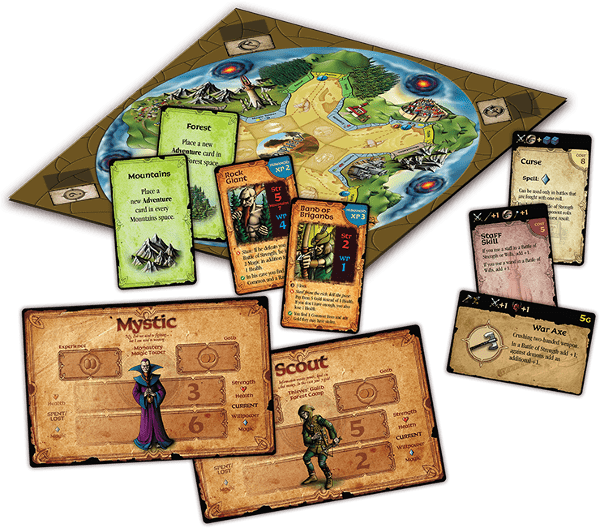 Prophecy is the “lightest” game in this list because it is easier to learn and explain than the other games. In Prophecy, you are an adventuring hero who must grow in power and claim four ancient artifacts to take your seat on the throne of the kingdom. The game looks and sounds simple enough, but the devil is in the details.

This game is all about variety and options. For example, you can move to a new space by walking, renting a horse, sailing a boat, or teleporting via a magic gate. There are also different monsters, guilds, an experience system, items, skills, spells, and more. The snow will be melting long before you run out of adventures. 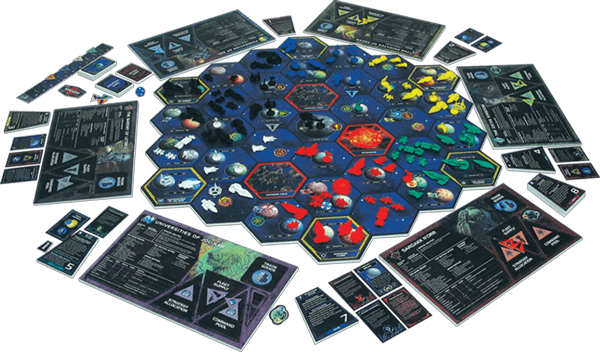 In Twilight Imperium, everyone plays as different alien civilizations attempting to prove their worth to a superior alien race and establish dominion over the galaxy. There are many ways to do this: technological development, trading, diplomacy, political maneuvering, or waging all-out warfare.

You must adapt your race’s unique characteristics to these strategies while also attempting to achieve secret and public objectives. All this while in direct competition with your opponents. Oh, and even the arrangement of the galaxy (the game board) is a mini-game that can take as long as some small box games. 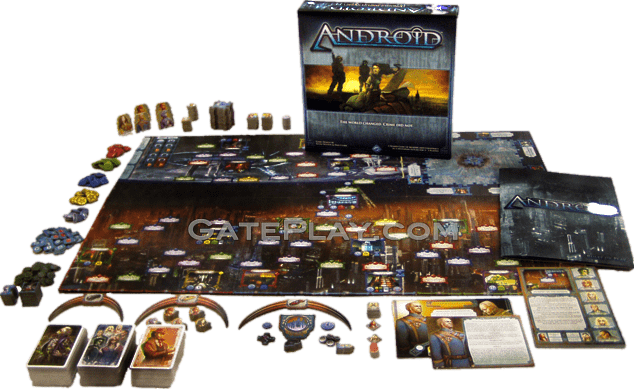 Android established the amazing futuristic world that has been expanded upon by Netrunner, Infiltration, and a number of science fiction books. It did so in ways that are typically unique to role-playing games: dynamic storytelling, immersive character development, and impactful events that evolve the game as you play.

Each player is a detective trying to solve a murder. You must follow leads, call in favors, and collect evidence that you pin on the suspect that you believe committed the crime, all while trying to keep your own personal demons in check. As you investigate, you also discover a great conspiracy that can be solved much like a jigsaw puzzle. 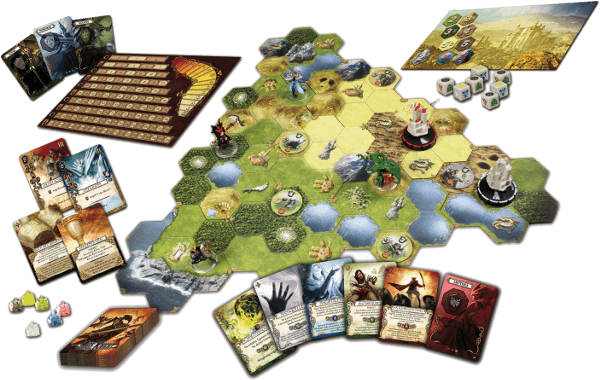 Every aspect of Mage Knight is absolutely beautiful. It includes pre-painted minis, highly detailed cards, tokens, tiles, and several colors of translucent crystals. The rules are also presented in two different ways to make it easier to learn and teach the game.

You have transformed into a powerful Mage Knight and must explore the land, raze cities, and advance your character using a variety of game mechanics to achieve one of nearly a dozen scenario-specific objectives. The rules are so robust that they allow for both competitive and cooperative play, and you can choose whether to play virtuously or ruthlessly.

We know there are a lot more epic board games out there! Which one would you choose to get through winter?