4 Classic Episodes of The Real Ghostbusters

With all the buzz around the upcoming Ghostbusters reboot, it’s easy to forget that this isn’t the first retool of the classic team. That goes to The Real Ghostbusters (named so due to a silly legal conflict), a cartoon that ran from 1986-1991. The show was put together with unusual love for a children’s cartoon from that time period, and along with G.I. Joe and Transformers, helped usher in a new standard for how good the animation and sound design for cartoons should be.

More importantly, it had a talented and well-organized writing staff that believed children would respond to a show that didn’t condescend to them. In many ways, it’s thought of as a groundbreaker that ushered in the cartoon renaissance of the 90s- so here’s four episodes that help show you how! 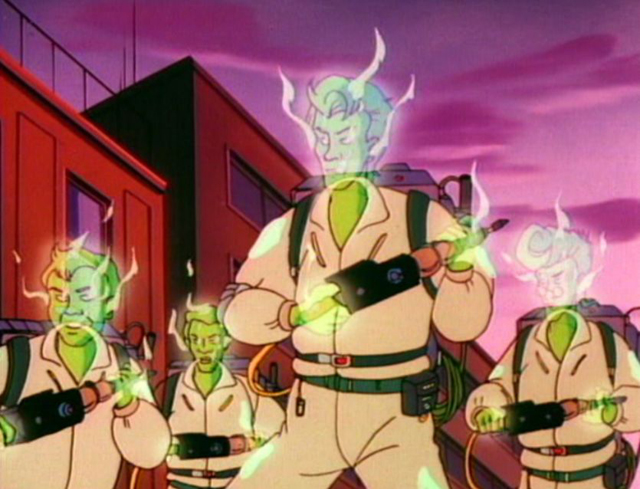 Though not the pilot, “Citizen Ghost” might as well be. Peter Venkman gets a visit from a pretty TV reporter, who wants to understand how the Ghostbusters reorganized after their battle with Gozer. The womanizing Venkman proceeds to tell his personal version of the tale, which also explains how a fat green ghost came to be their mascot and aide. The whole thing is tied together with a battle against ghostly copies of the Ghostbusters, which are formed when leftover Marshmallow Man ectoplasm combines with traces of DNA on their old uniforms.

It’s a great way to pick up the series, and an understandable fan favorite. Slimer’s variable reception between the team’s members provides for a few charming scenes, and the idea of the “new” Ghostbusters having to earn their place from under the specter of the “original” Ghostbusters resonates on more than one level. And this episode does earn that place, proving that even in a sanitized 1980s children’s show, the Ghostbusters could still show off their sense of warm and human camaraderie and their biting sense of humor. 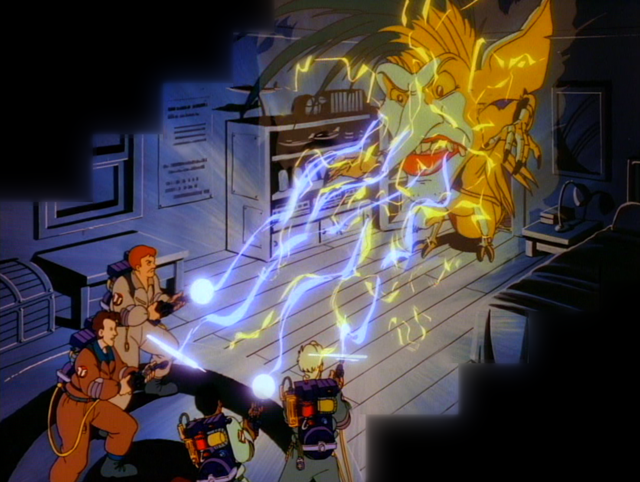 “Boogieman” sees the Ghostbusters hired by a pair of petrified children, who insist that the Boogieman comes through their closet every night. To everyone’s shock but Egon’s, this is completely true, and a supernatural horror appears to feast on their fear. It is, however, not a ghost, and so combating the Boogieman turns out to be a difficult task made more harrowing by his increasingly violent intentions, and a group of parents who won’t believe what’s happening.

This episode is probably responsible for millions of childhood nightmares, as a quick Google search will confirm. The Boogieman is the best-remembered, most-feared Ghostbusters villain, an unpleasant demon with a creepy voice halfway between a whisper and a howl. He even turns out to be responsible for the Ghostbusters’ creation- his torment of young Egon led the scientist to become obsessed with the paranormal. For him alone, this episode is worth a watch. 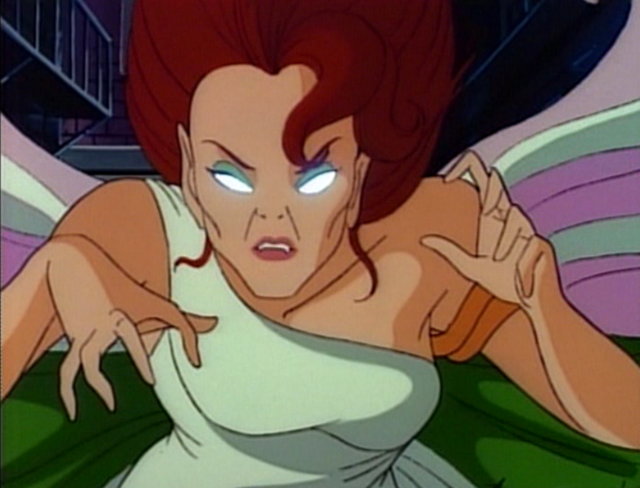 Time for a little history lesson: the first two successful seasons of RGB led the producers to invite consultants in to expand the show’s commercial potential. They clashed with head writer J. Michael Straczynski, who quit his position in protest. These consultants made many changes to the show; none more damning than those to Janine Melnitz. The independent and individualistic woman who kept The Firehouse running smoothly was gutted, as the consultants urged writers to make her more of a “mommy figure” (and yes, they apparently used those exact words). Even her appearance and voice was altered to feel feminine and less prickly, which included giving her long hair and dropping her Brooklyn accent.

Though Straczynski was sometimes contracted to write a return episode or two, he would only agree to if he could ignore the changes the consultants made. As the show’s ratings dropped, he got his way more and more often – and “Janine, You’ve Changed” is the ultimate culmination of his meta-war with the producers.

Slimer finds an old scrapbook with Janine’s old look, which he brings to the attention of the Ghostbusters. They all realize they’ve been under the spell of a supernatural being, which has changed Janine’s appearance and enchanted them to not notice. Slimer spies on Janine, finding out that a ghost has been appearing to her as a “fairy godmother” and granting her wishes to be prettier.

That ghost, however, is a life-sucking being that takes more of Janine’s personality with every change to her body. It’s a big middle finger to producers with purely commercial instincts, but it’s also a surprisingly powerful lens on the body image issues many women face. Eventually, Egon and the other Ghostbusters affirm that they love Janine for who she is, not what she looks like; restoring enough of her confidence for her to repel the ghost and recover her sense of self. 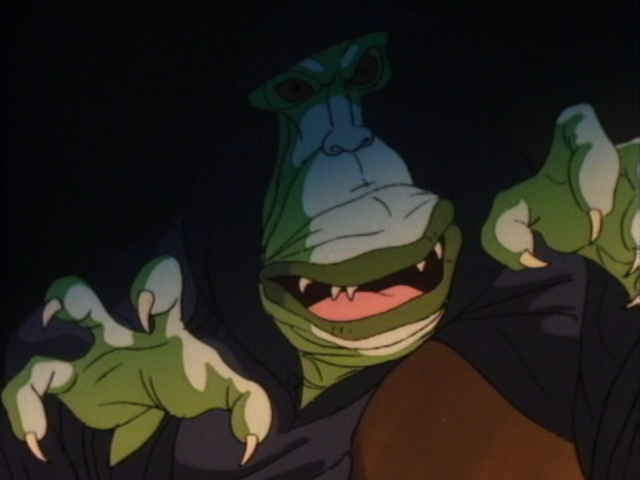 After trapping a Jabberwocky, the Ghostbusters find the Ecto-1 stripped for parts. The culprit is a teenage boy soon after caught by the police, but as they take him away a shadowy being leaves the boy’s body. This is The Grundel (ha-ha, very funny), a disgusting ghost that corrupts children into its own twisted sense of morality. It turns its attention to a troubled boy named Alec, who is intensely jealous of his more studious brother. The Grundel entices Alec into accepting its friendship, and their bond begins to create more and more trouble for the Ghostbusters.

This episode might not seem so special on the surface, but it’s very well constructed in more subtle ways. As an adult, The Grundel is even more disturbing than the Boogieman. His pleas for “pure” children to “let him inside” so they can “have fun” are genuinely creepy – he’s a clearly intentional stand-in for child abusers. Forget the juvenile joke-of-a-name aside, this is one memorable and well-done villain. The mood is lightened where appropriate by writer Stracynski, who sneaks in a very funny Janine scene and a slightly meta commentary on Slimer’s increasingly cartoonish powers.

What was your favorite episode of The Real Ghostbusters? Let us know in the comments below.