Have you ever wanted to get the feel of a tabletop RPG without committing to a full-blown campaign? Have you always wanted to try an RPG but were too intimidated by hundreds of pages of manuals? Did you know there is a board gaming niche that can give you exactly what you want?

The games below bridge the gap between board game and RPG. Each of them includes a complete campaign and has at least two expansions. When you find the one you like, you can rest assured that you will have many great experiences ahead of you, even after you’ve made it through your first journey.

Descent: Journeys in the Dark 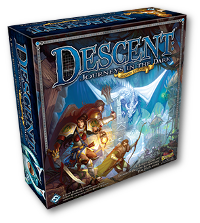 How it’s like an RPG: You get to trudge through a dungeon and fight monsters controlled by an all-powerful dungeon master player, known as the Overlord.

Descent: Journeys in the Dark started out as a dungeon crawler in a fantasy setting with a competitive twist. The second edition of the game can also be played as a long-running campaign so you can watch your hero grow from scenario to scenario.

Descent comes with a lot of minis, pre-made heroes, dice, tiles, and scenarios. Everything you would otherwise need to imagine, create, or buy if you were to use an RPG rulebook to start a campaign from scratch. 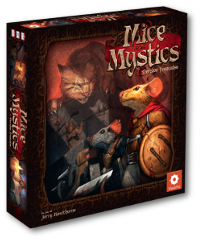 How it’s like an RPG: You face insurmountable odds to overcome a great foe and the decisions you make produce an amazing story to tell afterward.

In Mice and Mystics, your band of heroes fights to overthrow an evil sorceress who is trying to take over the kingdom. There’s just one small problem: in order to escape the sorceress’ grasp, you had to magically transform into mice!

You may be tiny and vulnerable, but you have great determination and lots of tricks up your sleeves. Mice and Mystics weaves together a variety of RPG elements such as an initiative track, character leveling, and side-quests using an endearing yet uncompromising game setting and vivid story-telling. Want to watch it in action? Check out the Mice and Mystics episode of TableTop! 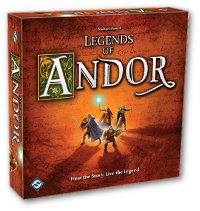 How it’s like an RPG: You must save your kingdom from invasion by fighting off hordes of monsters and completing vital quests to subvert your enemy.

Whereas many board games focus on the dungeon crawling side of RPGs, Legends of Andor instead places the heroes in the world at large. The game still uses scenarios to tell an epic tale, but the heroes must strike a balance between completing scenario objectives and fending off armies that are forever encroaching on the castle walls to build their legend.

Much like an RPG, Legends of Andor is highly customizable. In fact, the final scenario of the game is created by the players instead of provided strictly by the game. Additional scenarios and heroes can also be created using print-and-play material from the game’s website.

Lord of the Rings: The Card Game 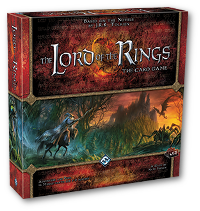 How it’s like an RPG: You get to immerse yourself in and recreate moments from one of your favorite fantasy settings.

Lord of the Rings: The Card Game is different from the other games in this list, namely because it’s a card game, but also because it’s for two players. That doesn’t stop the game from delivering a great adventure, though. Take heroes such as Aragorn and Legolas on quests across Middle Earth, fight off vile monsters, and add your heroic deeds to Tolkien lore.

The game also has dozens of expansions available, and there are more on the way. Some of these, including the Saga expansions, even allow you to recreate the events of The Hobbit and The Lord of the Rings trilogy!

When you want the RPG experience but don’t want to put the time into a new campaign, which board game do you play?