3 Times TV Shows And Movies Ran Out of Source Material

Let this be the moment when “gecko ending” enters wider parlance. You know how when a movie or TV show adapts a book series that’s still unfolding, the adaptation can outpace the original and need to make up its own plot? When that happens, it might reach the finish line before the source material even offers a possible conclusion. For instance, if the discrepancy between Game of Thrones and a Song of Ice and Fire continues, there’s a good chance the show will have a gecko ending.

Sure–but why geckos? Well, what happens when one of those critters loses its tail? That’s right. Another tail pops out. Same idea here. Except with storytelling. And here are three interesting cases of it.

Scott Pilgrim Vs. The World 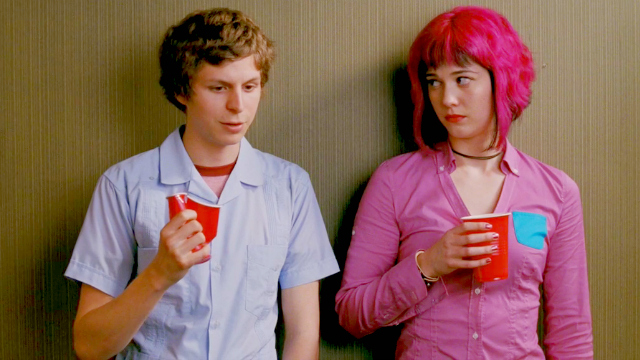 Does he end up with Ramona, or Knives? The central question of young Mr. Pilgrim’s amped-up amorous adventures wasn’t decided when Edgar Wright started filming his take on Bryan Lee O’Malley’s comic. The series’ final volume, Scott Pilgrim’s Finest Hour, hadn’t been written yet, so the film had to devise its own finale. And interestingly enough, the unusual symbiosis of movie and comic production reportedly led to the author getting ideas from the adaptation which he subsequently incorporated back into the “original” work.

If that sounds confusing, remember, it really boils down to Scott’s Betty-or-Veronica predicament. When it came time for Wright to suss this love triangle out, he shot two endings, and surprisingly enough, test audiences’ votes actually aligned with O’Malley’s eventual creative call. Poor Knives. She and Scott just weren’t meant for each other in any version. 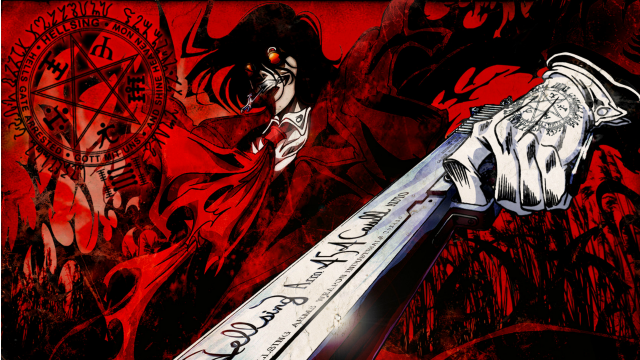 As alluded to earlier, “gecko ending” is a niche shorthand–and anime is the niche it’s used in. When TV shows go into production before the manga’s even published, it’s bound to happen. A lot. Fruits Basket, Soul Eater, and Gantz are just a few cases. We discussed Akira‘s gecko ending in great detail, but Hellsing‘s might be the most egregious. Cartoonist Kouta Hirano hadn’t provided much material to work off of when Studio Gonzo started making this show, so the point of divergence actually occurs as early as episode four. Vampire agent Alucard encounters completely different characters, battles a completely different big bad, and many characters meet completely different fates by the end.

The manga finished on its own time seven years later, and fans’ demand for a more faithful version was so rabid, it eventually begat Hellsing Ultimate (the “real” adaptation). The notion of a Thrones do-over might be preposterous, but redux series are quite common in anime, too. Fullmetal Alchemist Brotherhood is a prime example.

The Hitchhiker’s Guide to the Galaxy 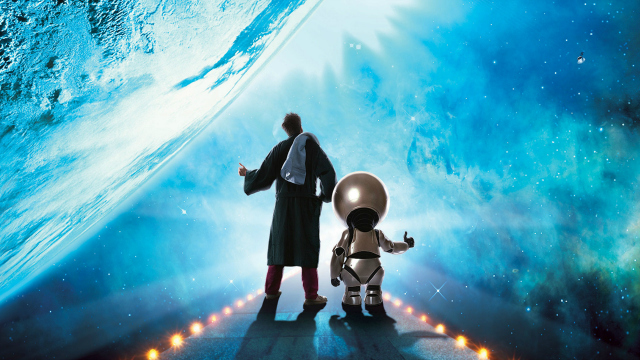 Discrepancies between books and movies can prompt gnashings of fangs. Who decided to hook Arthur and Trillian up? Who dared let the Magratheans rebuild Earth for a happy ending? If only fans would take the slogan of Douglas Adams’ saga to heart. Don’t panic!

The Hitchhiker’s Guide wasn’t even a book originally. Its first incarnation was a radio drama Adams scripted. It proved so popular, he translated it to as many concurrent media as he could within only a couple years. First, he converted it to a novel. Then, he adapted it into a a BBC program. And the TV show offered a definitive ending for Arthur and Ford while Adams was still throwing them into more absurd adventures throughout Life, the Universe & Everything and subsequent books.

No two versions are that alike, some wrapped faster than others, and Adams himself admitted he couldn’t keep track of which was official. He even collected the books into two separate omnibus collections to “set the record straight… twice.” If an iconic author can be so zen about creative license, there’s no reason we can’t chill, too.

What gecko endings have left an impression on you? Were they better than the books? Or far, far worse? Hit the talkback with suggestions. Maybe we’ll feature ’em later!

TAGGED: Game of Thrones, Scott Pilgrim vs the World, the hitchhiker’s guide to the galaxy, hellsing