3 More Underrated Anime to Enjoy With Your Family - Nerdist

3 More Underrated Anime to Enjoy With Your Family

We tickled more than a little nostalgia when we recalled underrated all-ages anime last time around. Many readers weren’t just surprised to learn that the Little Nemo movie was a Japanese production, they were also floored to be reminded it wasn’t actually a figment of their imaginations. A few comments…

Andrew C. “I remember being super obsessed with Little Nemo as a kid, but everyone I ever talked to about it had no idea what the hell I was talking about

For a while I just assumed I had dreamed it lol”
Ruby T. “I have been trying to figure out the name of Little Nemo for years!!! I loved it as a child but could never remember the title. The nightmare scared the hell out of me

Well, with that many hearts warmed, we simply must revisit the subject. So, once again, if you’re seeking anime you can share with loved ones without fear of exploding heads, here are some delightful recommendations. One’s a “lost” adaptation of a beloved children’s book, one’s another cult classic whose Japanese origins are obscured, and one may actually be cuter than anything on My Little Pony. If you doubt that claim, read on. 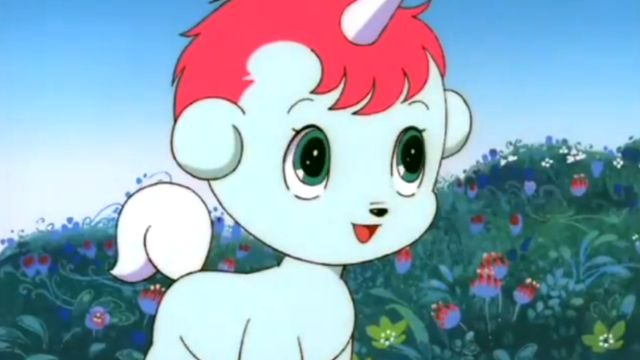 Somewhere between the morbid rogue medicine of Black Jack and his Disneyesque retelling of Buddha’s life story, Osamu Tezuka set out to create the cutest cutesy cutie. As the name makes plain, Unico is a lil’ unicorn who spreads happiness to all. Simple as that? Well, it wouldn’t be Tezuka without some weirdness, so of course one of Unico’s best friends is a young devil named Beezle. Actually, the rest of this cuddly creature’s adventures are more like something out of Edith Hamilton’s Mythology than a Little Golden Book. Punished by the gods out of jealousy, Unico is always on the run, trying to turn frowns upside-down wherever he roams. Alas, he’s cursed to scamper to the next town as soon as he makes new friends, lest those gods’ servants catch up with him. It’s an odd fantasy, but dear to our readers. 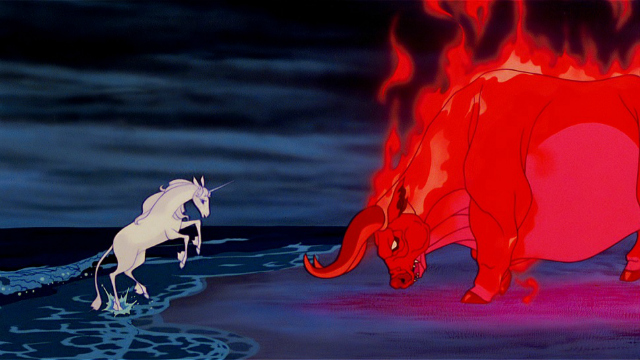 How about another unicorn for the bronies? Peter S. Beagle’s beloved fairy tale comes from a different era of fantasy fiction, when stories of wizards of magic creatures were more often wrapped up in New Age philosophy and folk music. To wit, it’s actually a bit challenging to summarize this story, except to say it follows an innocent, mythical creature who takes on human form. It wasn’t a box office success, but its cult keeps growing. However, even the most ardent fans probably don’t realize that, while Rankin & Bass directed this film, the ‘toon was actually animated by Japan’s Topcraft. More interestingly, the company dissolved in the mid 80s, with Nausicaä of the Valley of the Wind being one of its last productions. Miyazaki and his cohorts then bought the studio and re-dubbed it Ghibli, so in some respects, The Last Unicorn is a predecessor to the likes of Princess Mononoke and Spirited Away. 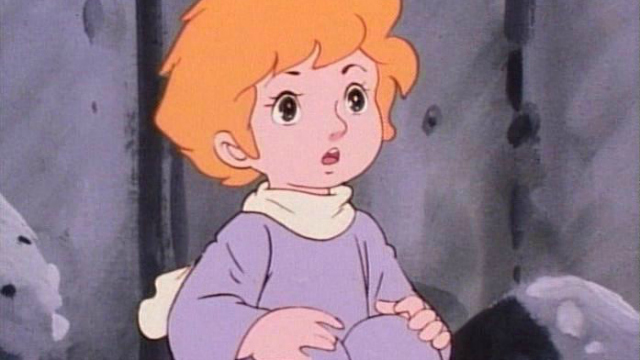 The CGI/stop-motion hybrid film that recently hit Netflix is, in fact, just the latest of many adaptations of Antoine de Saint-Exupéry’s classic. Knack Productions extended the premise into 39 episode series in the late 70s, following Swifty the Space Bird, the Rose Girl, and naturally, the Prince for further adventures on other planets. Of course, since it came out in an era before streaming video, its release was a bit piecemeal. Only 26 episodes came to Nickelodeon in the network’s early days, while four episodes were never seen anywhere until the show’s video release. Still, if you ever wondered what happened next in this picaresque fable, this very different take on French fantasia is worth scouring the ends of the Earth for.

Are we missing any other underrated, family-friendly anime here? Drop your recs in the talkback. Maybe we’ll feature them in the future.