When it shipped in 2005, Double Fine’s debut title was the definition of a cult hit. As in, Psychonauts got gobs of critical acclaim, but didn’t actually sell much. Its cult has grown exponentially over the past decade, though. Digital sales came to significantly outnumber physical sales, and a successful crowd-funding campaign just raised over $3 million for a sequel.

Psychonauts 2 isn’t expected until 2018, though, and hoo… that seems ages away. We’re all supposed to be watching rollerball by then, right? Well, fortunately the original still feels as fresh as it did over ten years ago. The game has always been more dependent on story and play mechanics than “cutting edge graphics,” so even without the digital edition’s updates, it’s aged quite well.

Here are a few reasons to play Psychonauts (for those yet to join this cult) or re-play it (for initiates needing a reminder). Now, open your mind and see with your third eye! 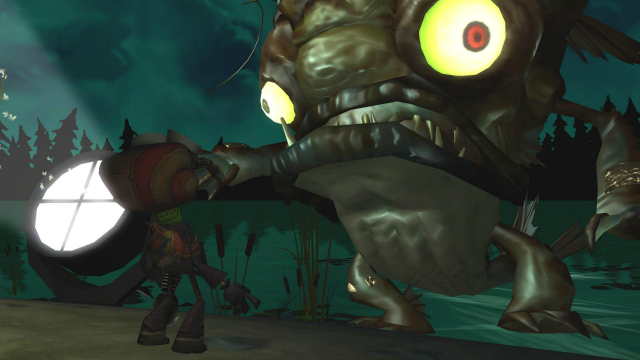 This is the brainchild of Tim Schafer, a LucasArts alum who built his reputation with quirky adventure titles like Grim Fandango and Monkey Island. He’s joined in scripting duties by Erik Wolpaw, a respected former critic who’s also responsible for much of the humor in the Portal games. The idiosyncrasy of their story is its own beast, really, but it could be likened to Tim Burton’s stop-motion movies, and off-beat cartoons like Invader Zim. (The latter comparator fits all the more since Psychonauts‘ lead is played by Richard Steven Horvitz, the voice of Zim).

That lead is Raz, a young acrobat who actually runs away from the circus to sneak into Whispering Rock, a summer camp for psychic kids. With the kooky counselor’s guidance, he masters mental abilities like telekinesis and pyrokinesis, and earns merit badges to mark his mastery. Telepathy is perhaps his most important power, though. With it, Raz can enter other characters’ brains through symbolic doorways, and navigate funhouse-style mazes representing their inner psyche to solve “emotional baggage.” Think Inception, but way, way more colorful. 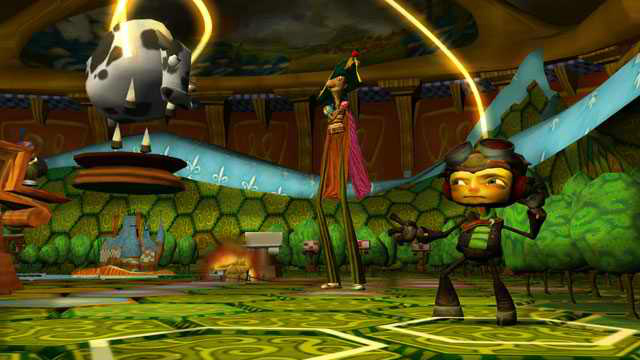 While Psychonauts is largely a platformer, the gameplay mechanics switch up constantly, surprising players at each turn. The psyches Raz enters are worlds unto themselves–and almost games unto themselves, too. A never-ending discotheque inside one counselor’s mind sets the track for a racing game where Raz must rapidly spin atop a ball of psychic energy. Then, he has to engage in some epic Ultraman/Godzilla-esque brawling in the indescribable cityscape housed within a giant lungfish’s mind.

“Waterloo World” is perhaps the most unique. Raz squares off against an enemy/patient in a board game that’s a bit like Stratego or Settlers of Cattan. Whenever he moves a playing piece, he shrinks down to deal with additional conflicts in the square of miniaturized countryside that piece has slid into. (And this description doesn’t even do the level justice. You have to play it to truly get the idea). 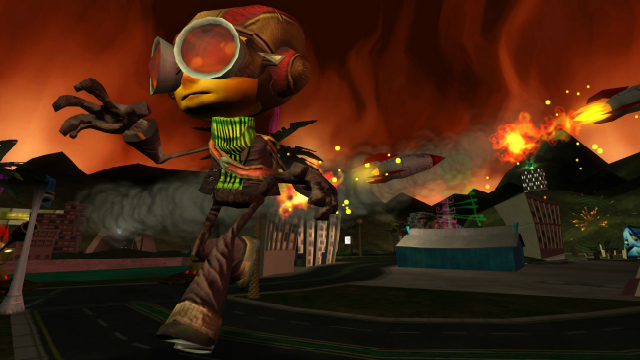 If playing this feels like watching an awesome cartoon, then it’s a whole season’s worth of episodes, not just a handful. Every camper and counselor Raz encounters at Whispering Rock has such a fleshed-out personality, even the side-quests involving them feel like full features. And Schafer and his team have implemented a unique randomization process for their incidental dialogue, so simply eavesdropping on conversations holds plenty of replay value. There’s just so much story, and it plays a bit different each time.

Also, while breadcrumbs are left for a sequel (and they’ll be picked up in 2018), Raz’s plot is tied up satisfactorily enough that this never feels like an extended prologue. The young Psychonaut goes through a full character arc, reconciling his “family circus” background in a way that could easily spur more adventures, but doesn’t necessarily need to, either. If you’ve been a fan all this time, the decade-plus wait has been frustrating, sure, but not because Psychonauts itself feels incomplete.

Want to give Psychonauts a try, now? Or dust it off once again? Let your thoughts loose below.