GM Tips Our series to help Storytellers and Game Masters improve their craft and create memorable roleplaying experiences. Last week, we’ve recruited your players into different factions, and now that they’ve got a hatchet to bury with each other, let’s talk player vs player at the table

Have you ever sat at a table, where the Paladin of the group demanded he was going to physically assault the rogue for doing roguish things? Player-versus-player is often seen as a detriment to conflict resolution in a tabletop roleplaying game. Yet it happens time-and-time again, and the story is the same decade-after-decade. Convictions, in one way or another cross, causing swords and tempers to flair, and characters to try and kill each other. Left unchecked, this can cause a rift between characters and has the potential to cause out-of-game arguments. Meanwhile, other players are left trying to play neutral and contain the nuclear bomb of drama unfolding in front of them.

It’s no surprise that most game masters ban PvP. An outright ban however, ties your storyteller hands, depriving you of some great stories you have at your fingertips. By changing the format of the game, or handling it in different ways, you can foster intergroup conflict without destroying your game. A massive disclaimer is required before these tips:

If you do not want PVP at your table, you are under no obligation to allow it. 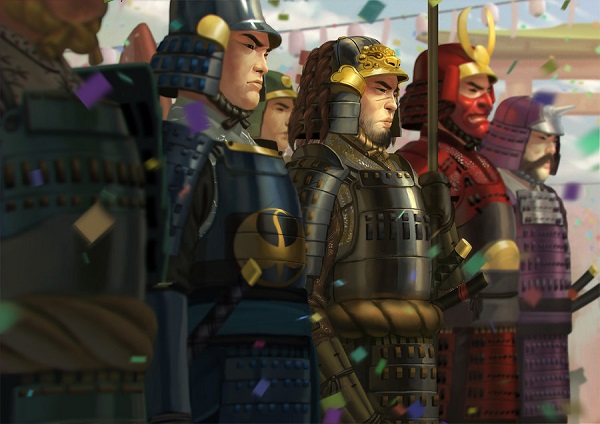 The easiest way to settle the score is in the arena. Find a faction or kingdom in your world that would have a highly sponsored tournament and run with it. I’m not talking about a one-on-one underground deathmatch, think grander, an event with kings or mega-corporations backing the event. By making a large event with multiple factions, and sponsoring each player at the table, you’ll allow each character their moment to shine. Set up a bracket that has different types of competitions as well—after all, your Shadowrun Rigger might not be interested in dueling Street Samurai in a game of murderball.

Legend of the Five Rings had the Topaz Championship as it’s starter kit adventure for years, and the format plays well in any game system. Multiple characters compete for the honor and glory of their chosen clan, and even though they are friends, they’ve been honor bound to compete till there is a final champion after a variety of games. The characters have to face off in contests they are strong, and others they are weak in (I’ve never seen anyone ace Heraldry yet), but everyone gets to work a bit of player versus player out of their system—before going to the bar afterward and getting plastered.

The Rule Of Cool

Let’s say your PVP caught you, the GM, off guard and you don’t know what to do. A ranger decided to betray the entire party and sell them out to a local bandit group and the entire group (including you) is wondering what the hell is going on. The cheap advice is to just talk to the player, figure out what’s up, and then rewind everything and pretend nothing happened. Let’s take it up a notch and let the events unfold however, just remember, you are the game master and the rule of cool always wins.

Let the betrayal happen, have the party in dire straights, hell, even give the ranger what he wants if he is pushing for throat slitting ruthlessness. All the while passing notes to the players under the table to play along. Every game has mechanics for resurrection, and with a little planning on your end, even a near total party kill can be part of the master plan. Let the player be devilish, let the other players know to play along, and give both sides knowing grin and end the session. Over the next week, you’ll have time to work with the NPC’s, the Gods, the Underworld, whatever powers you need… to craft a cunning tale of betrayal and revenge. If the ranger’s only goal (in this example) was to become a pure villain, allow him to do so and make it a part of the next quest. He’ll have to make a new character of course, and will probably meet a gruesome fate at the hands of his betrayed party in the years to come, but all is fair in love and war.

If the characters in your campaign are the protagonists of the story (re: they should be), then their actions should have larger consequences in the world at large. By the time players start having convictions about NPC’s enough to fight each other, they’ve often reached the mid or end of the campaign, and that means they’ve got a larger impact in the world. Just like dropping off a few magical items can ruin a local villages economy, two people with high faction ratings suddenly dueling each other in the streets can have larger consequences.

There are amazing reasons for doing this as a GM. The obvious is, you might make your players realize that they are the moral examples for others out there, and perhaps killing each other over a bag of gold isn’t worth it. Otherwise, any time you can take a conflict your players have started, and make it into a full story is a win. Nobody writes more compelling plotline with full player investment than the players themselves. Once you dial the conflict meter up to a solid eleven, it sets the stage for an epic campaign based off their own actions— which they may by that point, fully regret. Although, if you’ve got the ability, it is possible to run two tables in the same world…

Have you experienced positive PVP in your world? If so, let us know what your game master did in the comments below!

Featured Image by: Percy vs Ripley by Hugo Cardenas. Art and animations at: Takayuuki.deviantart.com and Youtube